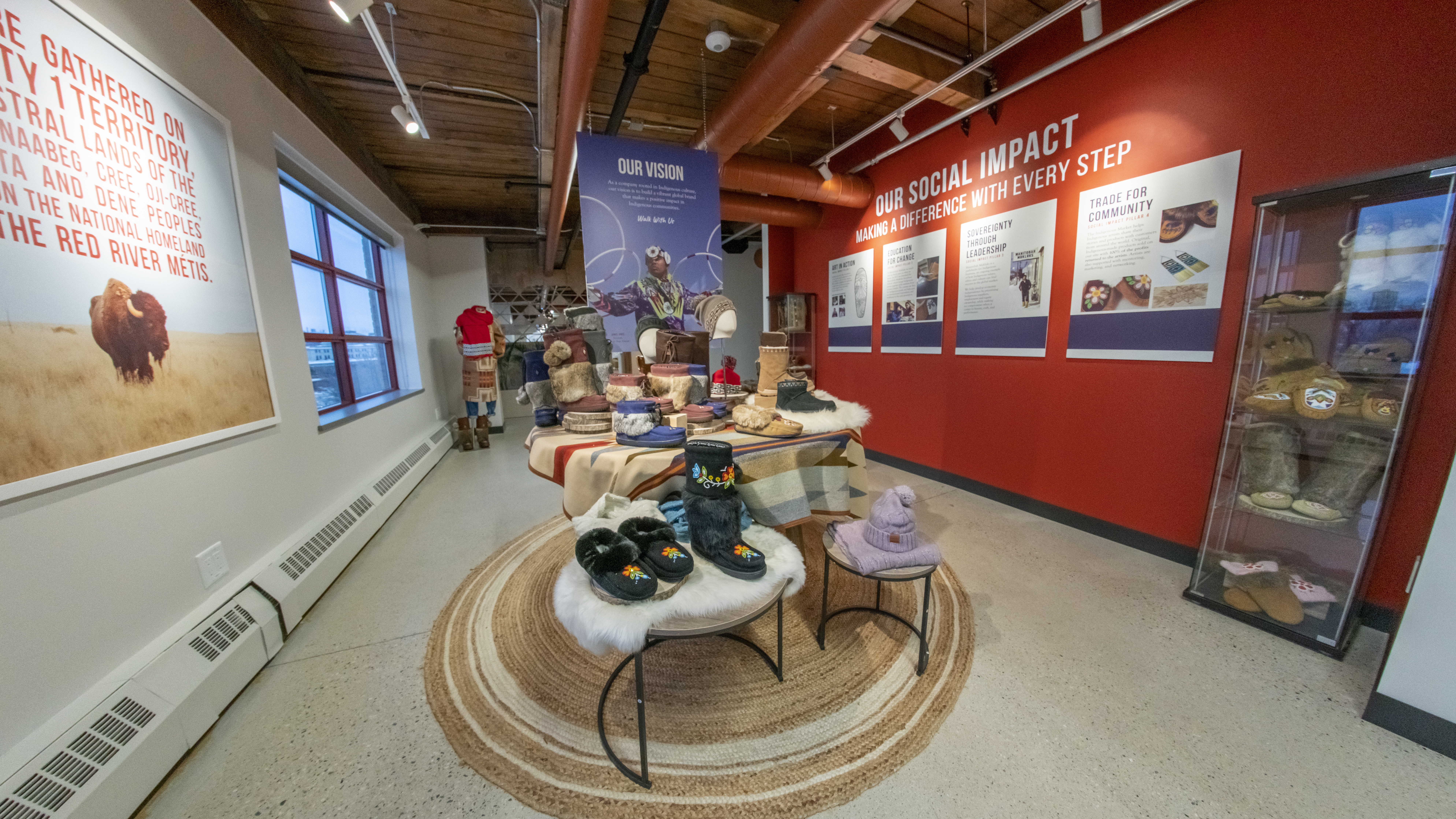 Footwear company Manitobah has made the move into new headquarters in its founding city of Winnipeg, Manitoba.

The Canadian brand transformed a 5,500-square-foot space on the fourth floor of the Johnston Terminal Building into a work environment meant to reflect its mission-based focus on building community and fostering creativity among Indigenous cultures.

The workspace includes a “gallery wall” to showcase products, while the focal point of the office is the centrally located “Community Gathering Area,” which will host large company meetings and community events.

“It was important to design the space with sensitivity to the heritage requirements of the building and to honor the Indigenous roots of Manitobah,” said visual merchandising consultant Sue Hebberts in a statement.

That mindset was established from the start of the process. Before beginning construction on its headquarters, Manitobah invited elder Debra Courchene, Sagkeeng First Nation, to lead a ceremony for the space. “Anything we do, we start by asking the Creator, our Ancestors, the grandmothers and Grandfathers, for a blessing and direction,” Courchene shared.

Manitobah was established in 1997 by Métis entrepreneur Sean McCormick and has been in rapid growth mode in recent years, fueled by a major financial investment from Endeavour Capital of Seattle in 2021. Following that deal, the company brought in industry veteran Greg Tunney as CEO to focus on expansion in the U.S., while McCormick moved to the role of chief impact officer and remained on the board.

Since then, it has grown its roster of retail partners to include Dillard’s, Farfetch, Neiman Marcus, Nordstrom, Saks Fifth Avenue and Zappos.com. And it has opened its own stores, including a flagship that is located across the street from the new headquarters.

In an interview with FN last month, Tunney said Manitobah plans to continue to grow its distribution and open more doors. “This year, we’re looking at adding three or four more markets in Canada. And in the United States, we’re looking at places like Park City, Utah; Jackson Hole, Wyo.; Grand Junction, Colo. We’re not looking to put them in L.A. or New York.”