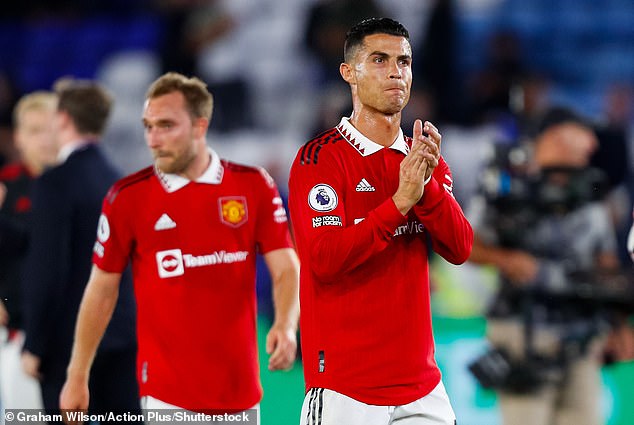 Manchester United are not missing Cristiano Ronaldo, claims former club defender Danny Higginbotham, adding that Jadon Sancho would not have scored the game’s decisive goal against Leicester had the Portuguese superstar started.

It’s the third game in a row in which Ronaldo, 37, has come off the bench. The last time the Portuguese started a game for the Red Devils was in a 4-0 defeat against Brentford. Ever since then, United have amassed nine points against Liverpool, Southampton, and now Leicester City.

‘That’s probably a reason why we haven’t seen Ronaldo playing, and that’s no disrespect to Ronaldo,’ Higginbotham told NBC.

‘The first goal, I don’t think they score that if Ronaldo is on the pitch, the way that they’re pressing, the intensity, the signings all making an impact as well.

‘Martinez has got a great relationship with Varane. We’ve seen the left back position as well, Malacia. Eriksen just goes from strength to strength, so, everything’s really good for Manchester United,’ the former Stoke City defended added.

Ronaldo only came on in the 68th minute in the second half of Thursday’s clash at the King Power stadium, shortly after James Maddison’s freekick was saved by David De Gea.

The Red Devils still created chances while Ronaldo featured on the pitch, however, with the 37-year-old attempting an audacious bicycle kick in the 83rd minute. 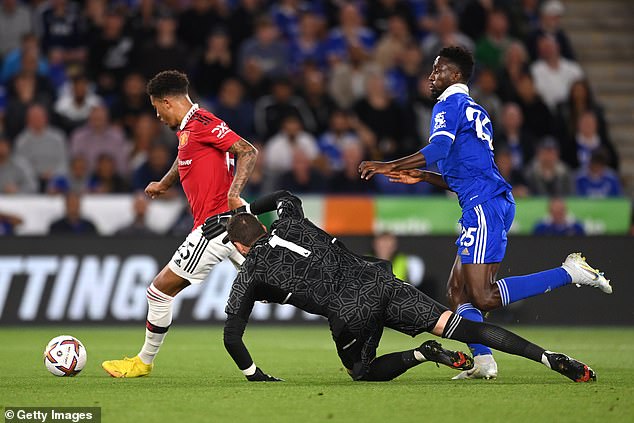 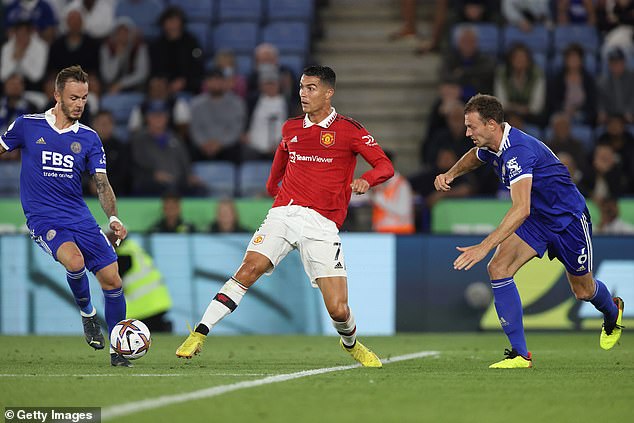 Higginbotham’s fellow NBC pundit Tim Howard believes Ten Hag is creating an identity at Old Trafford by having Ronaldo make space in the starting lineup for younger players, giving them a chance to shine.

‘Yeah, you know when you talk about creating an identity — the reason they’ve won these last two games is the energy in the front four,’ said the former USMNT, Everton and Manchester United goalkeeper.

‘We’ve talked about that high intensity pressing, running going through the gears, finding pockets playing forward, running forward. If you’re going to create a foundation at your football club that can never drop.

‘You can have bad performances, passing maybe here or there. Maybe not hit the target, but your energy levels have to be high and we’ve seen over the last two-and-a-half games for Manchester United, and that’s why it’s no surprise.’

In his post-match comments, the American expressed his delight at seeing his old side get back to winning ways, just as he experienced under Sir Alex Ferguson when he played in between the sticks for the Red Devils between 2003-2004. 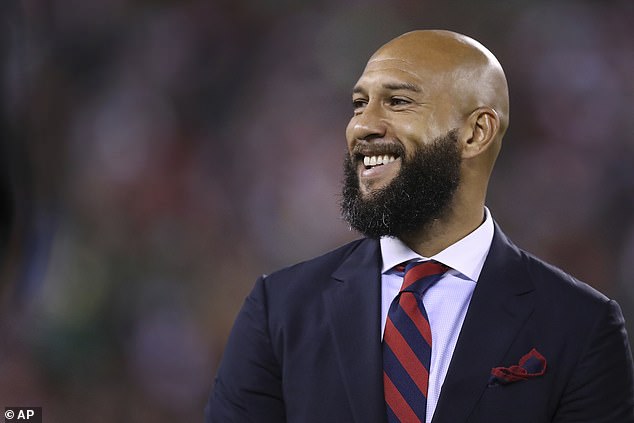 However, he expects improvement as the season goes on.

‘Yeah, well listen, it’s not perfect. It’s another one nil that they’ve had to grind down which in itself tells the story and that’s a good thing,’ Howard further told NBC.

‘But you can build off performances you can build off results. He said three wins there in a row. It’s the first time that they won back-to-back away games in nearly a year. And by the way, Casemiro looks really, really good. Anthony to come, I feel like Bruno Fernandes is back to his old self, got that swagger back.

‘For me, up top Rashford and Sancho they’re playing more freely with more energy. So, the plan looks like it has an identity now, which I was questioning probably about four weeks ago saying “what’s the plan? What is it supposed to look like? Don’t have to be the finished product but we need to know what it looks like.” Now I’m seeing that.’

See also  Why Liverpool vs Leeds is being played at 7.45pm on Saturday night

Thursday’s win has brought Manchester United just outside the top four, sitting in fifth place, as the club steadily climb up the Premier League table after a disastrous start to the new season, having suffered losses to Brighton and Brentford, in which Ronaldo started both games.

‘Yeah, I can’t see him being a bit-part player and just running around chasing lost causes for 20 minutes, as he did tonight. I can’t see it. That story will be told as it unfolds,’ Howard concluded, elaborating on Ronaldo coming off the bench.

The Red Devils are now just a point behind fourth-placed Brighton and face leaders Arsenal on Sunday at 11:30 a.m. EST.