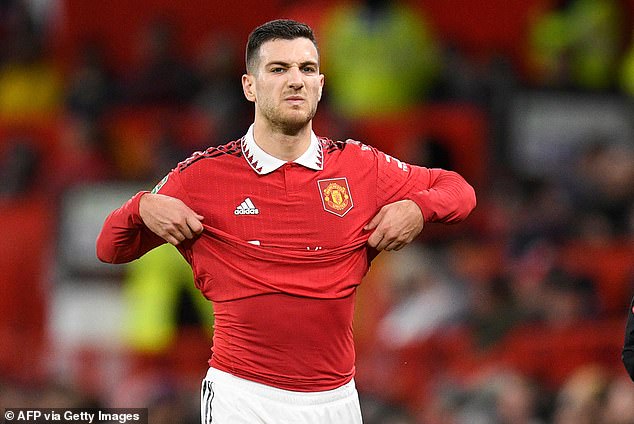 Manchester United face an anxious wait to see if Diogo Dalot will recover in time for the Manchester derby on Saturday.

The Red Devils beat League One side Charlton 3-0 at Old Trafford on Tuesday night to reach the Carabao Cup semi-finals, but the right-back limped off after half an hour.

After the match, United manager Ten Hag insisted the injury was ‘not serious’ but knows he will have to wait and see if Dalot can play in the weekend clash with fierce rivals Manchester City. 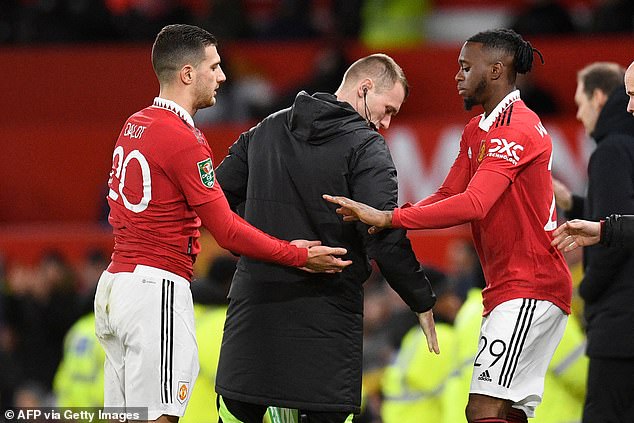 He said: ‘Diogo Dalot went off before half-time. We have to wait, I think it is not serious but it was a precaution to get him off and not take a risk when we have, on Saturday, an important game.

‘We have to see how it develops in the coming hours and then we have to make a clear decision.’

Dalot, 23, has generally been first-choice this season when fit, but was named in a much-changed team to face the Addicks as he looked to build up his match fitness after a short spell out with injury. 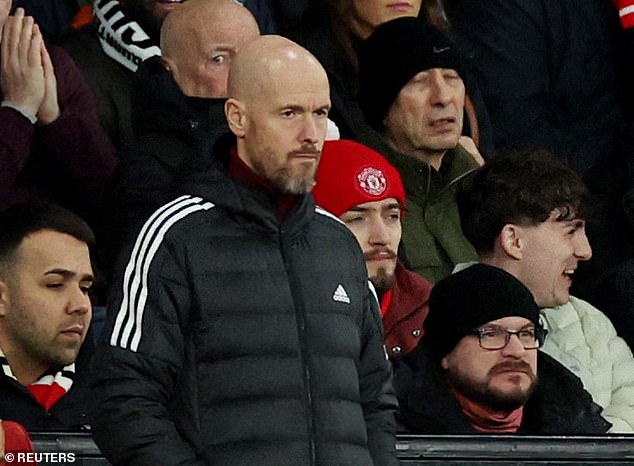 After the game, Red Devils manager Erik ten Hag (pictured) insisted the injury was ‘not serious’

His deputy Aaron Wan-Bissaka, who replaced him on Tuesday, has stepped in well for the last three games in Dalot’s absence, helping United keep three successive clean sheets.

But Dutch boss Ten Hag will likely want the Portuguese back in the starting XI if possible, and he will have been happy to see Dalot walk down the tunnel unaided after being substituted off.

Including the City clash, United face three games in nine days, with a trip to Crystal Palace on January 18 followed by an away game against Premier League leaders Arsenal on January 22.