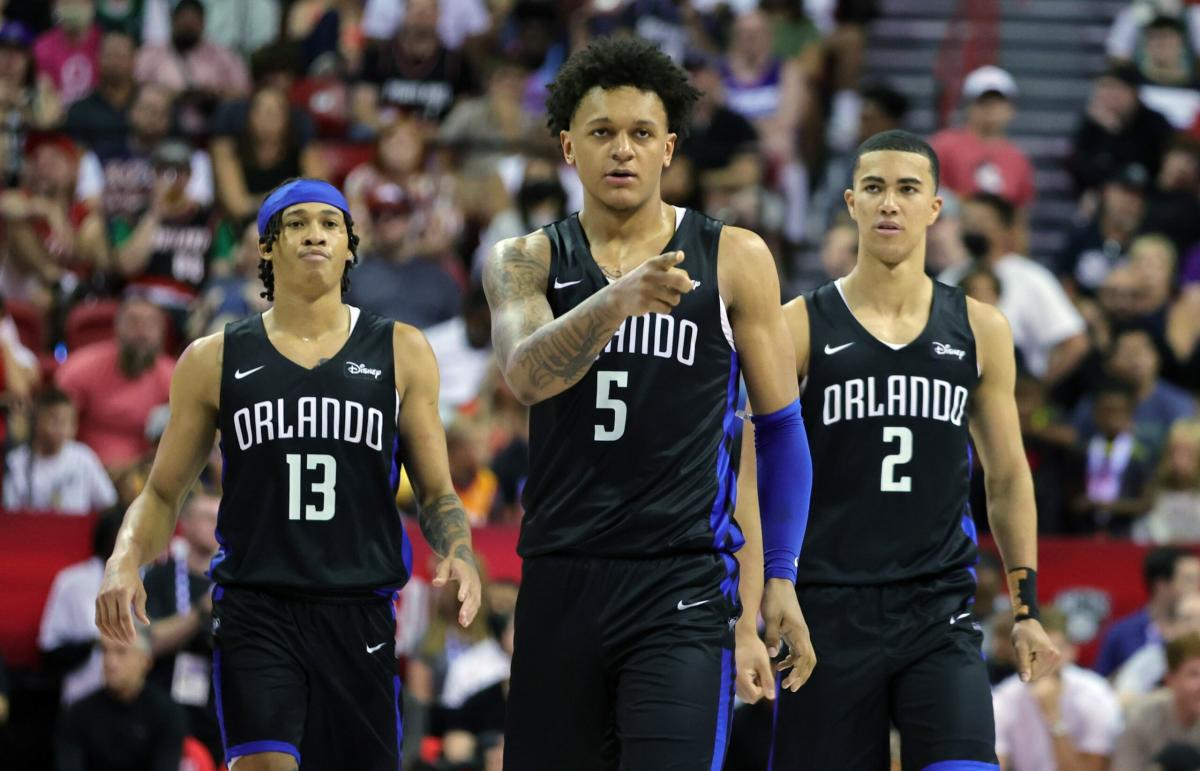 Wendell Carter Jr. may have missed playing with Paolo Banchero at Duke by a few years, but the Orlando Magic center had nothing but nice things to say about his new teammate.

Of course, Carter played with the Blue Devils during the 2017-18 season and was a unanimous pick to the ACC All-Freshman Team. He became the seventh pick by the Chicago Bulls in 2018 and later joined the Magic in 2021 at the trade deadline.

Banchero arrives in Orlando after a productive freshman year at Duke.

He was named an All-American and helped the Blue Devils reach the Final Four for the first time since 2015. The Magic took him with the first pick as Banchero enters the season as the favorite to win the Rookie of the Year award.

Banchero is viewed as a key player that should help Magic take the next step in their rebuild this season. Carter, speaking on Wednesday, sounded excited to take the court with a fellow Dukie.

Paolo is a great person. I met him when he came down to Orlando not too long ago. I didn’t have the best relationship with him since I was three years removed from when he went to Duke so I didn’t really know too much about him. I’ve heard good things about him from everybody else. My relationship with him, even though it just began, is pretty good. I think we’ll be good on and off of the court.

While lineups for next season are from being decided, Carter and Banchero each project to start in the frontcourt. The two players bring versatility to the floor and have many of the same characteristics, from shooting to rebounding and working in the post.

See also  Knicks aren’t thinking about their winning streak, just how to get next win

The Magic retained essentially the same group as last season, with Banchero and fellow rookie Caleb Houstan among the notable additions. While the team has great chemistry with each other, the upcoming training camp period will be crucial to get Banchero acclimated.

Players will likely begin filtering back into Orlando soon with training camp set to begin on Sept. 27. The team seems to be excited about getting to work with Banchero, including Carter himself.

Draymond Green explains why Paolo Banchero is one of them guys

Inside the new $70 million Magic practice facility in Orlando