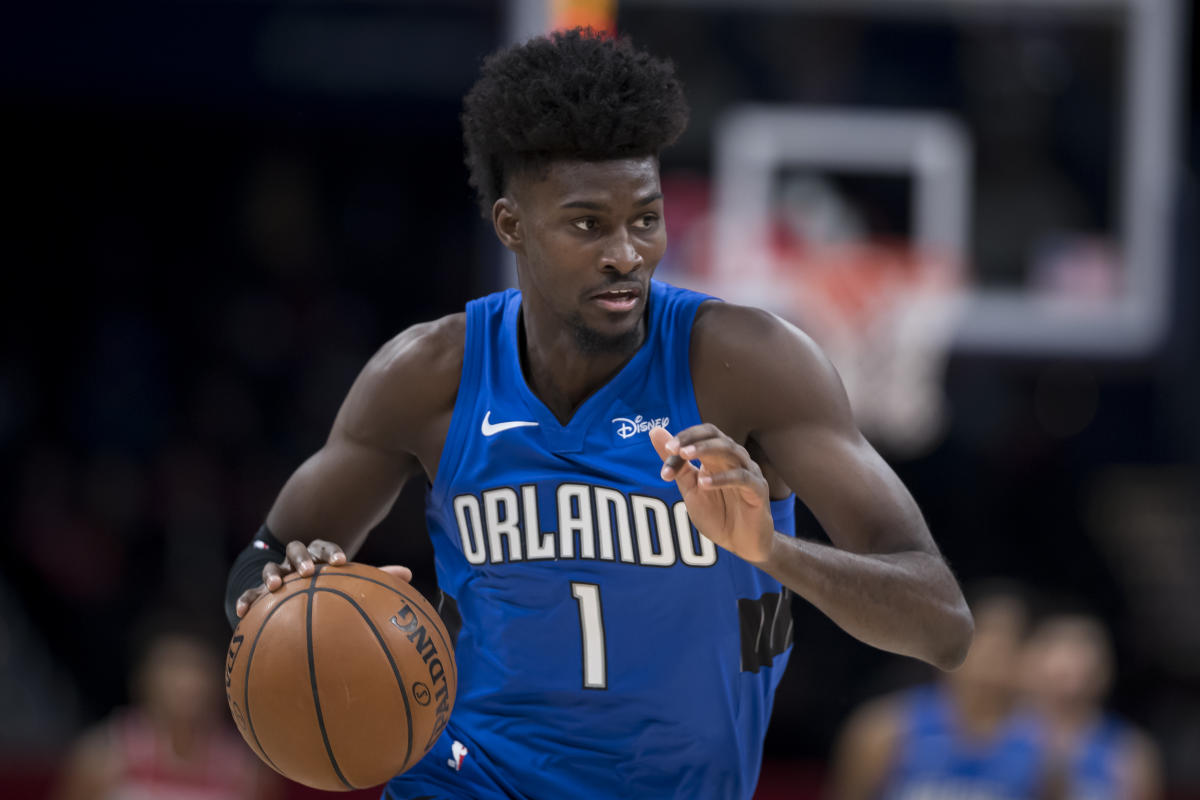 There’s a real chance the Orlando Magic could get veteran forward Jonathan Isaac back before the end of this season, more than two years after he tore his ACL during the NBA’s COVID-19 bubble season in Walt Disney World.

Isaac will reportedly play at least one game for the Magic’s G League affiliate, the Lakeland Magic, this week, according to ESPN’s Adrian Wojnarowski, as he nears a potential return to the court. While Isaac has been practicing with the Magic since December, the 25-year-old forward hasn’t played a game since his devastating knee injury on Aug. 2, 2020.

The last time we saw Isaac, he was being wheeled off the court following during the game against the Sacramento Kings in Walt Disney World. He went on to miss not just the rest of that COVID-shortened season, but the following two seasons as well while he continued to recover from his torn ACL.

Isaac would return to a very different Magic team than the one he played for in 2020.

The team is in its second season with head coach Jamahl Mosley at the helm and features a line-up with four first-round picks taken by the Magic since Isaac’s injury: 2022 No. 1 pick Paolo Banchero, 2021 No. 5 overall pick Jalen Suggs and No. 8 overall pick Franz Wagner and 2020 No. 15 overall pick Cole Anthony. Banchero has been a revelation as one of the leading candidates to win Rookie of the Year and the trio of Suggs, Wagner and Anthony have provided solid play in their youthful careers. Orlando also added other bigs like Wendall Carter Jr. and 7-foot-2 Bol Bol.

More change could be on the horizon for the Magic, too. Orlando is a team that could play a large role at the trade deadline, per Yahoo Sports’ Jake Fischer, because of the team’s unique and young roster. The Magic’s 15-26 record almost midway through the season potentially puts them in the lottery position to snag top draft talent as well.

Isaac’s return would certainly give the Magic some more veteran leadership in the frontcourt. Before his injury, Isaac was having a solid season: He shot 47 percent from the field and averaged 11.9 points per game and 6.8 rebounds per game – all of which were career-high marks. Though he hasn’t fully panned out after the Magic used the sixth overall pick on him in 2017, Isaac would be a welcome addition to the lanky Orlando squad.