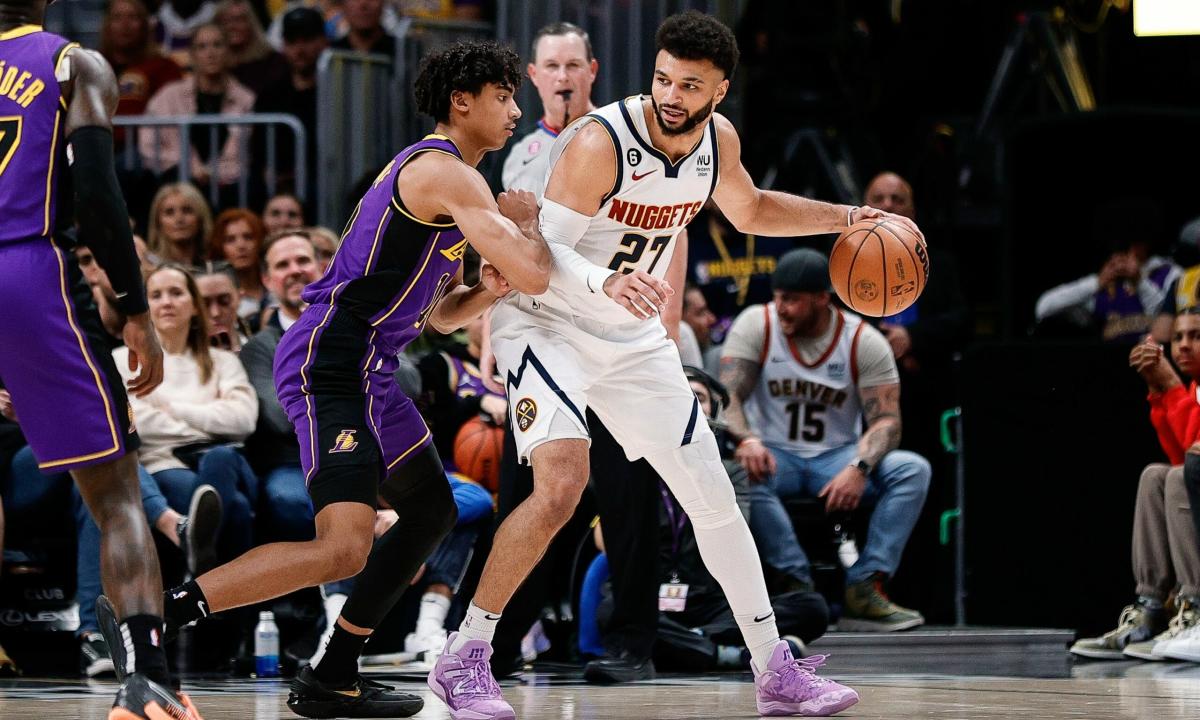 Hours before the Los Angeles Lakers tipped off their Monday contest versus the Denver Nuggets, it was announced that LeBron James would not play due to ankle soreness.

Without him, they had no chance against a Denver team that came in sitting in first place in the Western Conference and was tied for the best home record in the NBA.

For a while, L.A. was semi-competitive, but the Nuggets built a double-digit lead in the second quarter and maintained it for much of the rest of the contest.

The Lakers pulled to within five with 3:47 left in the third quarter, but they simply didn’t have enough offense to mount a serious challenge. They shot just 44.1 percent from the field and got outrebounded by 11, leading to a 122-109 loss.

Even though Toscano-Anderson isn’t an offensive-minded player, the Lakers needed a little more scoring from him on this particular night. He went 2-of-4 and scored five points in 18 minutes, and he did not attempt a single 3-pointer.

Compared to how he has been playing lately, this was a bit of an off night for Bryant. He shot just 6-of-14 from the field, in contrast to the 68.5 percent accuracy he had coming into this contest, but he still finished with a robust stat line of 17 points and 10 rebounds.

Beverley played 12 minutes, all of them in the first half, and he was very ineffective, missing his only shot attempt and going scoreless.

He was ruled out of the second half with a right hip injury.

After a few very strong and outstanding outings, Schroder simply couldn’t get his shot to fall on Monday. He finished 3-of-13 overall and 0-of-5 from 3-point range, and he finished with 14 points, four assists, three rebounds and two steals.

Christie showed good effort and energy versus the Nuggets in multiple aspects of the game. He was in the starting lineup and shot 6-of-8 overall and 2-of-3 from downtown, giving him 14 points plus three rebounds in 26 minutes.

He may still be a bit undersized for the small forward position in the NBA, but he has bulked up since being drafted in June, and he is proving that he has a future in the pros.

Gabriel certainly did his part in the 19 minutes he was on the floor. He went 4-of-6, which included a 3-pointer, and finished with nine points, five rebounds and two blocked shots.

Unfortunately, those were the only two blocks L.A. was able to muster. The Nuggets, on the other hand, had a block party with 11 rejections.

See also  Every player in Philadelphia 76ers history who has worn No. 11

This was the first time in the regular season the undrafted rookie got any significant playing time, and he didn’t do too badly at all. He shot 2-of-5 from beyond the arc, and overall he had six points, five rebounds and three assists in 25 minutes.

His ability to hit the 3-ball, along with the fact that he stands 6-foot-9, could give him a chance to get some minutes here and there moving forward.

Westbrook shot poorly for much of the game, but he turned it up in the fourth quarter when the Lakers huffed and puffed and tried to make a run. He finished 10-21 and put up 25 points, seven rebounds and seven assists, although he also had seven turnovers, which was half of the Lakers’ total turnovers.

Nunn made the effort to give his team a lift, but his shot just wouldn’t fall often enough. He was 6-of-15 overall and 2-of-7 from 3-point land, giving him 15 points in 24 minutes, but he did manage to come up with three steals.

Brown, the newest addition to the Lakers’ roster, didn’t score a point in 18 minutes, but he came up with seven rebounds and three steals.

Both got just two minutes of playing time at the end of the game. While Jones didn’t score, Pippen got two baskets, both of them near the basket.