By Jack Bezants For Dailymail.Com

Liverpool could be lining up a raid on Major League Soccer for one of its most promising talents.

Jhon Duran, the 18-year-old Chicago Fire attacker who recently made his Colombia debut, has reportedly caught the eye of Jurgen Klopp’s scouts.

According to reports in his native Colombia, Liverpool have sent the same scout to watch Duran in action that watched his compatriot Luis Diaz at Porto before the Reds swooped in January.

Chicago Fire forward Jhon Duran, 18, is reportedly wanted by both Liverpool and Chelsea 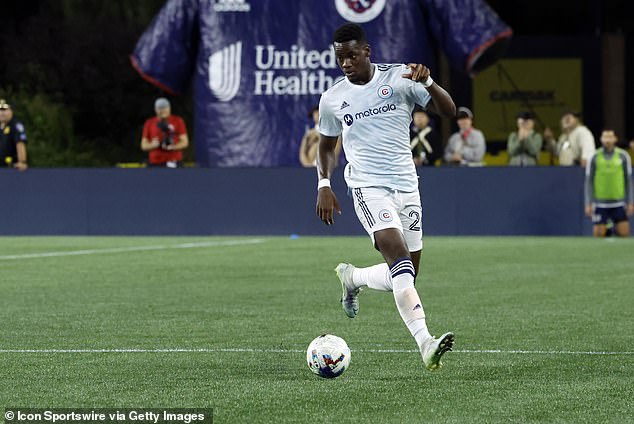 If Liverpool were watching on the weekend, the reports coming in at Anfield would have been glowing.

Duran scored twice as the Fire defeated Cincinnati 3-2 on Saturday night. He gave Chicago the lead with a powerful left-footed strike when played through one-on-one.

He doubled his tally with a clever lob from range after the goalkeeper rushed off his line.

‘He is a player that, once he gets it all together, he can be a really, really special player,’ Fire coach Ezra Hendrickson said of the $11m-rated forward. ‘He has all the tools.’

Duran plays alongside former Liverpool attacker Xherdan Shaqiri and made his first two Colombia appearances in the recent international break against Guatemala and Mexico.

He has scored eight goals in 26 games for the Fire this season. The team’s playoff hopes are over though – Chicago is 12th in the standings and just one game is left, against New England at the weekend. 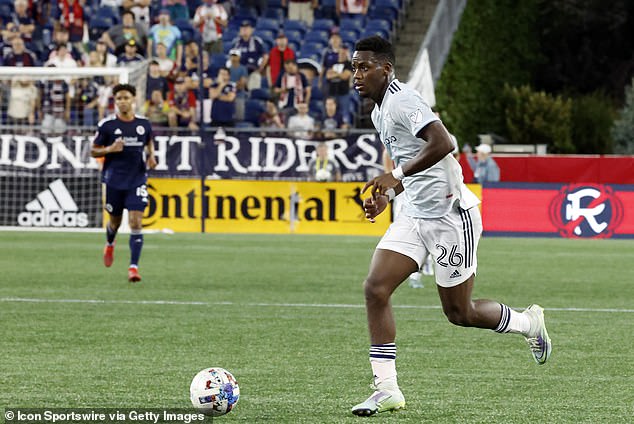 But Liverpool will face competition for Duran. Reports in the United States say Chelsea is also keen on Duran – and the London side has already raided Chicago for one major talent.

Goalkeeper Gaga Slonina is set to join Chelsea in January – the 18-year-old is heading to Stamford Bridge in a $15m move.

Reports in Colombia also say PSV Eindhoven, Lille and Eintracht Frankfurt are in the race to sign Duran.