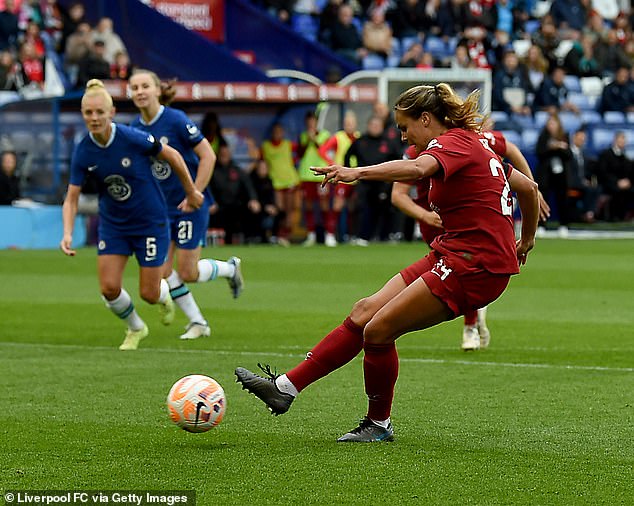 By Kathryn Batte For The Daily Mail

A tale of three penalties made for the biggest shock of the opening weekend in the Women’s Super League as reigning champions Chelsea were beaten 2-1 by newly promoted Liverpool.

The Reds were barely a minute into their return to the top flight when Gilly Flaherty kicked Guro Reiten instead of the ball and gifted Chelsea a penalty, which Fran Kirby converted.

But while previous Liverpool teams may have collapsed, Matt Beard’s side did the opposite. They worked tirelessly to prevent Chelsea from scoring a second before the Blues repaid the Reds’ earlier generosity with a spot-kick of their own. Millie Bright handled in the box and Katie Stengel stepped up to equalise. 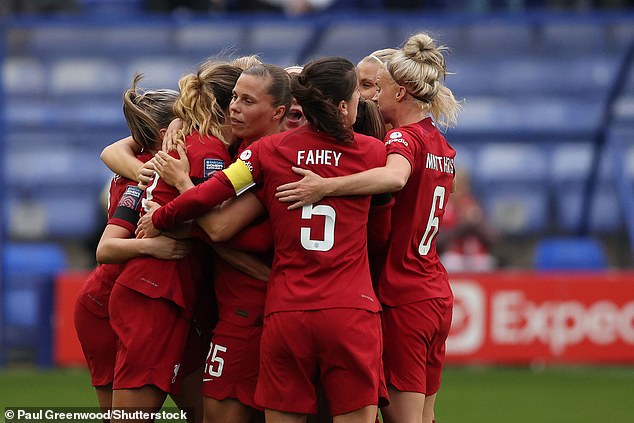 Instead of looking to shut up shop, as most teams usually do against Emma Hayes’ side, Liverpool went on the attack and were rewarded when Stengel won and scored a second penalty in the 87th minute. Matt Beard’s side then endured seven minutes of added time but held on to claim a huge victory and end Chelsea’s run of nine-straight league wins.

The Reds’ main aim this season is to stay in the WSL and on this evidence they will do that comfortably. It is vital they become a force in the top flight once again. Liverpool and Chelsea have spent the last eight years going in opposite directions.

Beard led the Reds to back-to-back WSL titles in 2013 and 2014 but the club slowly drifted into trouble after his departure and were relegated in 2020. They could only finish third in their first campaign in the Championship before Beard returned to guide them back to the top flight last season. Chelsea and Emma Hayes, meanwhile, have dominated with five league titles in the last seven seasons. 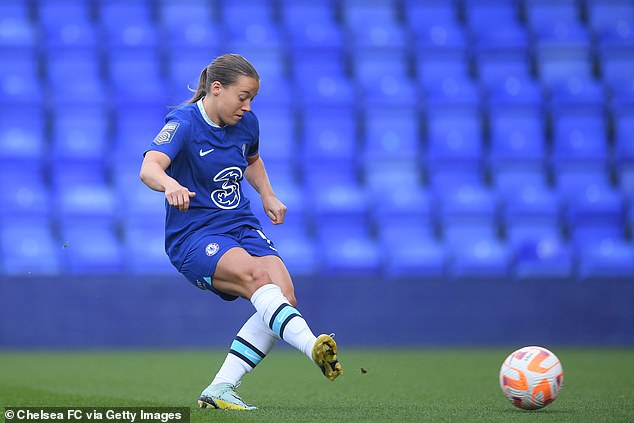 Fran Kirby had put Chelsea in the lead against Liverpool, also from the penalty spot

Many think Hayes’ side will be in a two-way fight with Arsenal for this year’s trophy and after week one it is advantage to the red side of London. But Chelsea will not be overly concerned. Last season they were beaten on the opening day by the Gunners and spent the majority of the campaign as the chasers before finally overtaking their rivals. They should have had enough to beat Liverpool but were punished for not turning their possession into goals.

Hayes’ side sorely missed Pernille Harder, who dropped out of the starting XI with an injury in the warm-up. But Kirby’s early goal gave them the perfect start as she sent Rachael Laws the wrong way to open the scoring in the third minute.

Liverpool could have equalised shortly after but Emma Koivisto could only bundle the ball over the bar at the back-post. 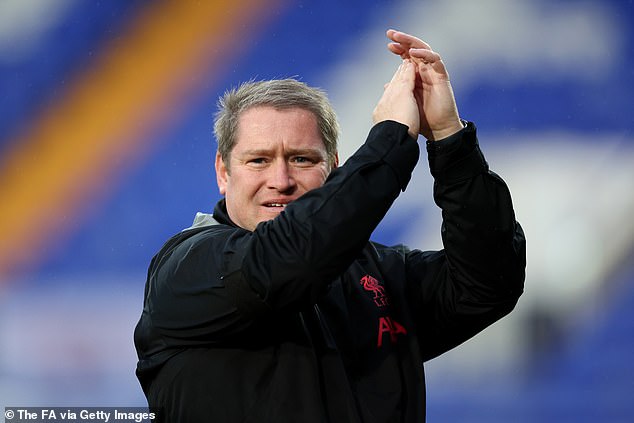 A tight offside call then ruled out what would have been an early goal of the season contender from Chelsea forward Sam Kerr, the Australian hitting a first-time volley into the top corner before the assistant referee’s flag went up.

Liverpool lost last season’s top scorer Leanne Kiernan to what looked like a bad ankle injury in the second half but her replacement Megan Campbell made an instant impact. Campbell has a reputation for her Rory Delap style throws and her first involvement was to launch the ball into the Chelsea box. It caused chaos as Nimah Charles miss-kicked her clearance and the ball was hit against Bright from close range. It was a harsh call but the defender’s arm was up. Stengel converted calmly into the bottom right corner.

Then came the third and decisive penalty. Stengel latched on to a loose ball and suddenly found herself through on goal. Buchanan slid in desperately but got nothing of the ball as she brought down the striker just inside the box. Once again the American converted, sending Musovic the wrong way for a second time.