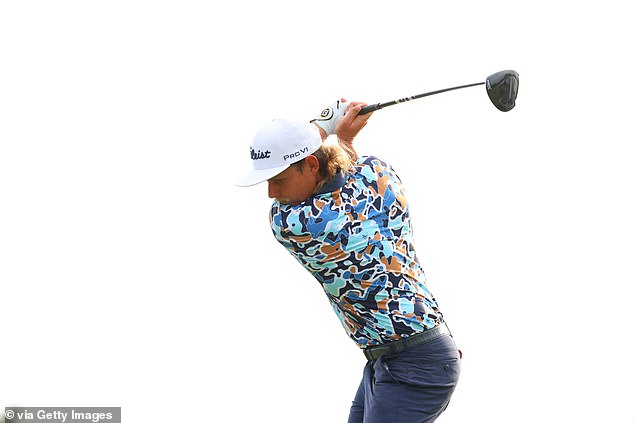 Cameron Smith made a pair of 7-foot birdie putts to finish off his round of 4-under 68 and allow him to overtake Dustin Johnson going into the third and final day of the LIV Golf Invitational-Chicago.

As easy as Johnson made it look in the opening round, Saturday at Rich Harvest Farms was such a struggle that he shot over par for the first time in the 14 rounds he has played in the Saudi-funded series.

Johnson was lucky the deficit to Smith was only two shots. He came up well short of the green on the par-4 17th and had to make an 8-foot par putt, while Smith took the lead for the first time with his 7-foot birdie putt. 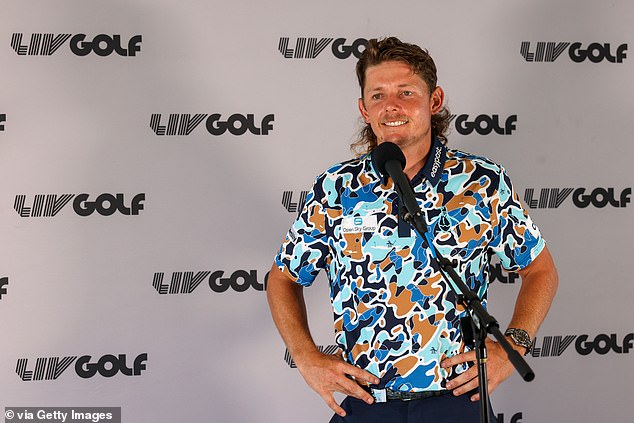 On their final hole at the par-5 18th, Johnson’s approach took a hard hop over the green. After a free drop from the grandstand, he chipped weakly to 8 feet and missed his birdie putt. Smith was on the other side of the green, lagged a 60-footer to 7 feet and holed that for another birdie.

They will be joined in the lead group Sunday by Peter Uihlein, the former US Amateur champion who had the low round of the breezy day with a 66. That left Uihlein only three shots behind going into the last day.

Smith won the British Open at St. Andrews and made $2.5million. A victory Sunday would be worth at least $4 million.

‘It was tricky out there today,’ Smith said. ‘I got a couple of breaks and DJ didn’t quite make the putts he usually does.’ 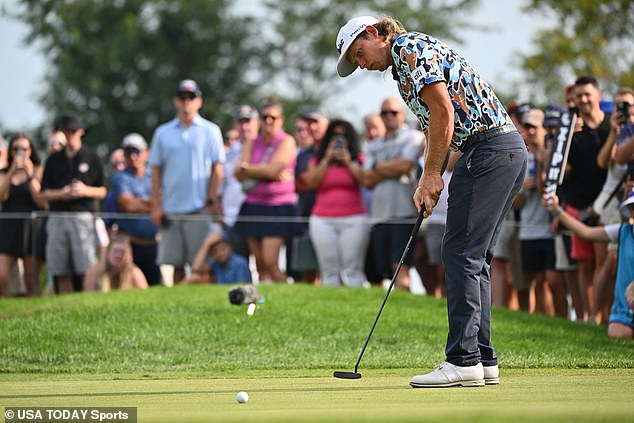 Phil Mickelson looked as though he might get a round under par until he made three bogeys in a four-hole stretch and shot 74 to fall 12 shots behind.

Mickelson spoke Friday about the need for the PGA Tour and LIV Golf to work together. The PGA Tour has suspended players for playing in the Saudi-backed series without getting a conflicting-event release.

Mickelson is among seven players – along with LIV Golf – who has filed an antitrust lawsuit against the PGA Tour.

‘The PGA Tour for the last 20 or 30 years have had all the best players in the world. That will never be the case again. LIV Golf is here to stay, and this type of divisive talk is doing nobody good,’ Mickelson said. ‘The best solution is for us to come together.

‘I think both are needed for the game of golf. Both are good for the game of golf. The inclusion of LIV Golf in the ecosystem of the golf world is necessary,’ said Mickelson, a chief recruiter in the early stages for LIV Golf. ‘As soon as that happens and we all start working together, that´s going to be a really positive thing for everyone.’

In the team competition, Johnson’s four-man squad had a one-shot lead over Smith’s team, with Uihlein’s great round helping put his team – Brooks Koepka is captain – two shots behind. 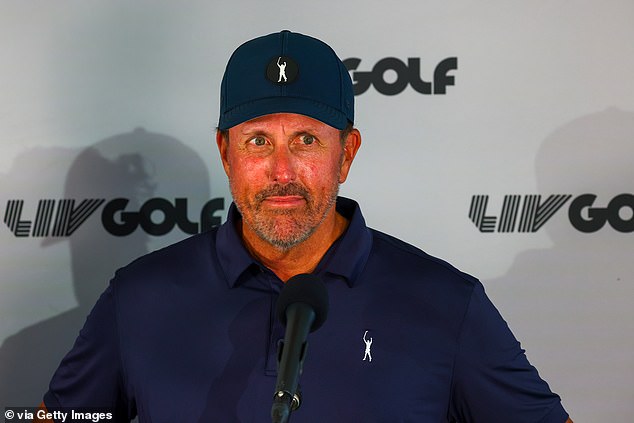