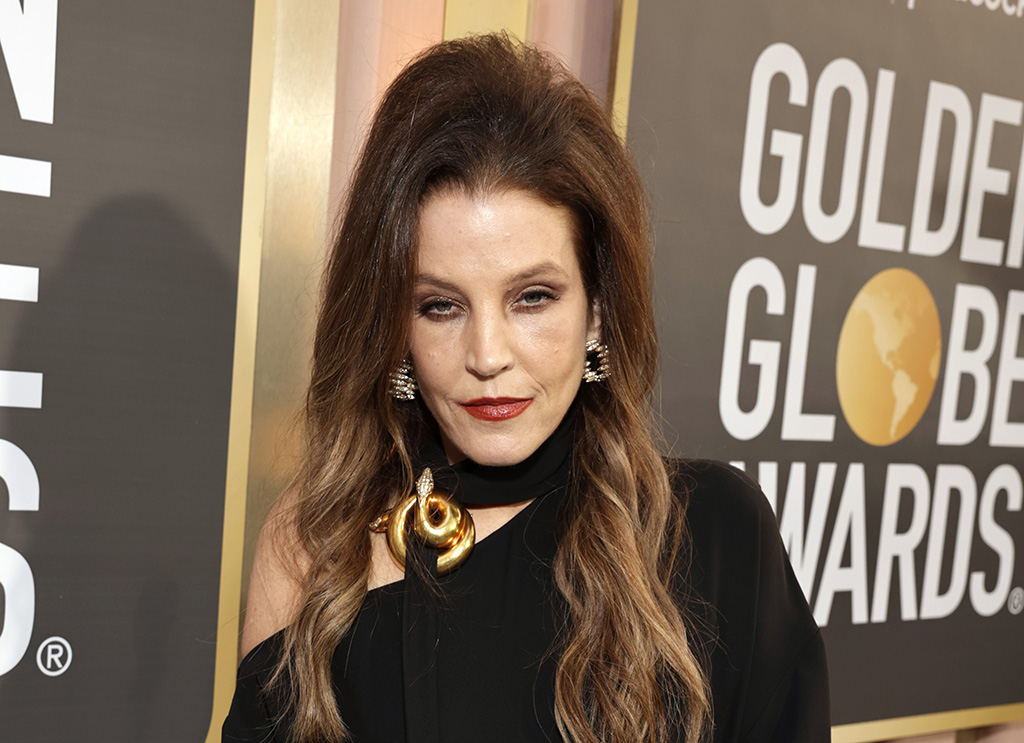 Presley was dressed in an all-black ensemble with striking gold accessories and sky-high footwear. The singer attended the event to show support for the movie “Elvis,” which was nominated in four categories and won the Best Actor in a Motion Picture category with Austin Butler’s performance.

Presley’s look centered around a floor-length asymmetrical black cape dress featuring long sleeves and a boxy silhouette. Appropriate for formal events, floor-length gowns are often made of fabrics like satin, chiffon, or organza to elevate the overall feel of the dress.

The breezy style was accompanied by a gilded snake appliqué fastened to the neckline of the gown along with coordinating statement-making gold rings and stacked bracelets. Presley accessorized with diamond-encrusted earrings that offered her ensemble a little bit more bling. As for her hair, she wore her lengthy ombré locks in a quaffed style with loads of volume, the ends embellished with loose curls.

Although they were slightly hard to see because of her outfit, Presley was wearing what appeared to be black platform heels. The platform shoe trend is one of the easiest styles to incorporate into any wardrobe. It is one of the most sought-after shoe styles and can be found in styles from brands like Gucci and Burberry.

PHOTOS: See all the celebrity arrivals at the 2023 Golden Globes.