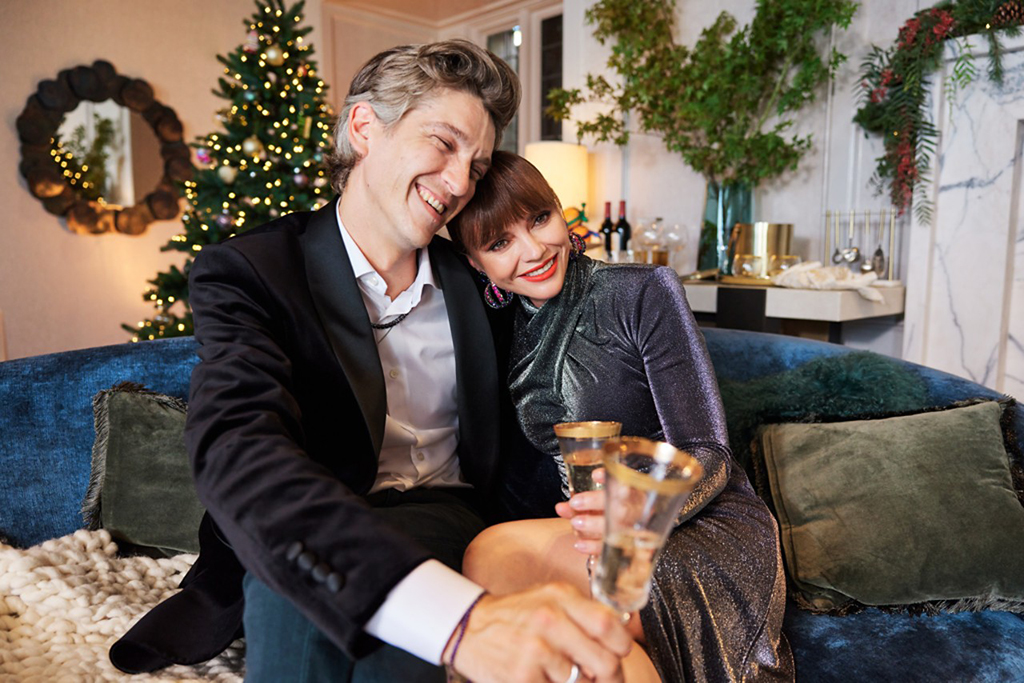 According to the Seattle-based department store chain, this year’s campaign aims to “spread cheer by showing the real human connection through warm and intimate moments shared amongst loved ones in their most personal settings.”

Shot by photographer Jacob Pritchard, the campaign invites us into the home of Odom Jr. along with his wife, actress Nicolette Robinson, and their two children (Lucille Ruby and Able Phineas) as they unwrap gifts and share a warm family meal.

“What I love about the holidays is that it means something slightly different to everyone, but at the core of it it’s about family, tradition, and adding new memories from year to year,” Odom Jr. said in a statement. “Capturing the essence of the holidays in our home with Nordstrom will be a special memory for us. It was really important to them that we felt like they were celebrating us exactly as we are today.”

As for Ricci, she makes a fashionable statement alongside her husband, hair stylist Mark Hampton, as they get glam for the holiday party season. “Dressing for the holidays is always so much more fun than dressing any other time of year,” said Ricci. “It’s the holiday season, so it’s party season, and I guess it’s like the second week in December when all of a sudden it’s a party every other night – it’s so fun and exciting.”