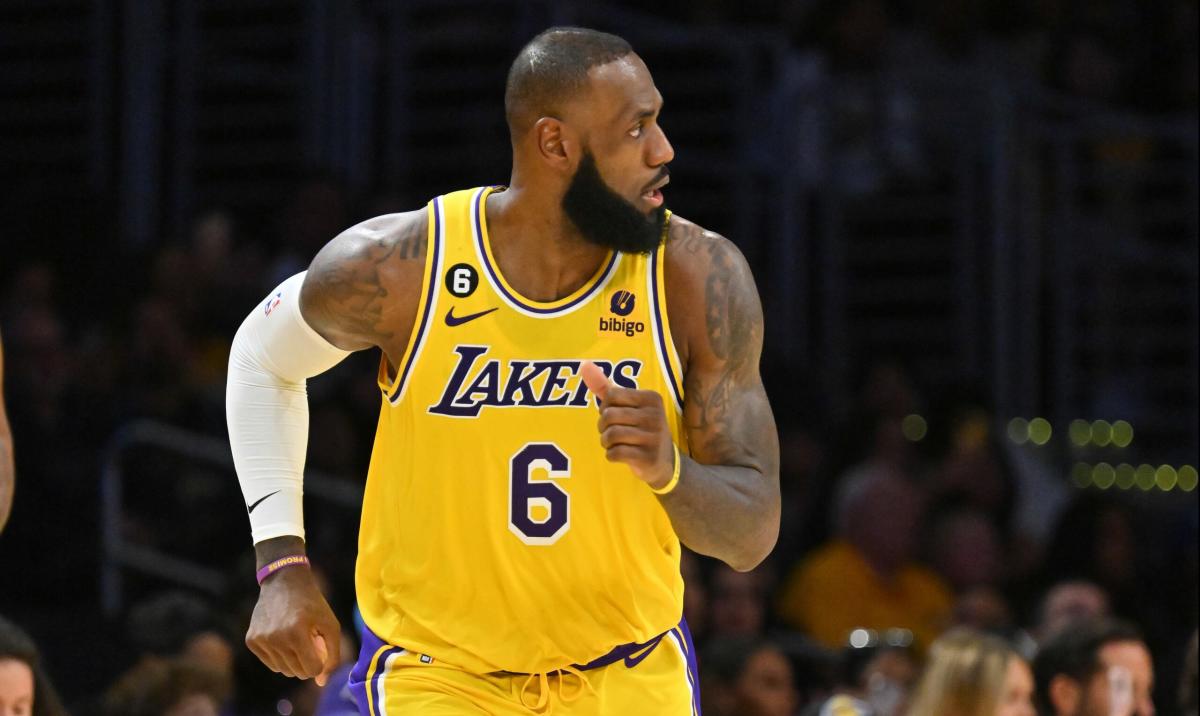 After many months of incessant trade rumors and doom and gloom prognostications, the Los Angeles Lakers played their first exhibition game of the new season on Monday.

Overall, they played very poorly, committing lots of turnovers and losing by the ugly score of 105-75 to the Sacramento Kings.

They shot just 31.2 percent from the field, and LeBron James was as bad as anyone, as he went 0-of-7.

But James said he’s not the least bit concerned.

“I just missed some shots tonight,” he said. “I missed three layups, wide-open layups, a couple of 3s. I’ve been 0-for before, but I just played more. I’ve started a game where I’ve been like 0-for-9 before but I’ve played 35-40 minutes, I got an opportunity to get my rhythm. 15 minutes and it was over with [tonight], but that’s the last thing on my mind as far as makes or misses.”

The four-time MVP also made it clear that he is mainly focused on getting into game shape during the six-game exhibition slate.

James has had plenty of rest this summer, as the Lakers missed the play-in tournament last season, meaning that their offseason started in early April.

The last time James and crew had such a long offseason, they went on to win the NBA championship the following season.

Head coach Darvin Ham didn’t play his regulars a whole lot, mostly sending them onto the court during the first half. But during that time, the Lakers played strong defense, holding Sacramento to just 41 points by intermission.

Defense has been perhaps the strongest point of emphasis for Ham, and James was encouraged by what he saw on that end of the floor.

“Yeah, I think the first half we did a great job of defending,” James said. “And then we could have done a better job of cleaning glass at times, we gave up offensive rebounds for nine points in the first half, which you know, those are things that we can control.

“For the first 24 minutes, I thought we were defending, we were on a string, helping each other out. Offensively, we were playing great basketball. Even though some of the shots weren’t going in, we were still making the right plays.”

Los Angeles will take the court again against the Phoenix Suns on Wednesday, which will be followed by a contest versus the Minnesota Timberwolves the following evening.