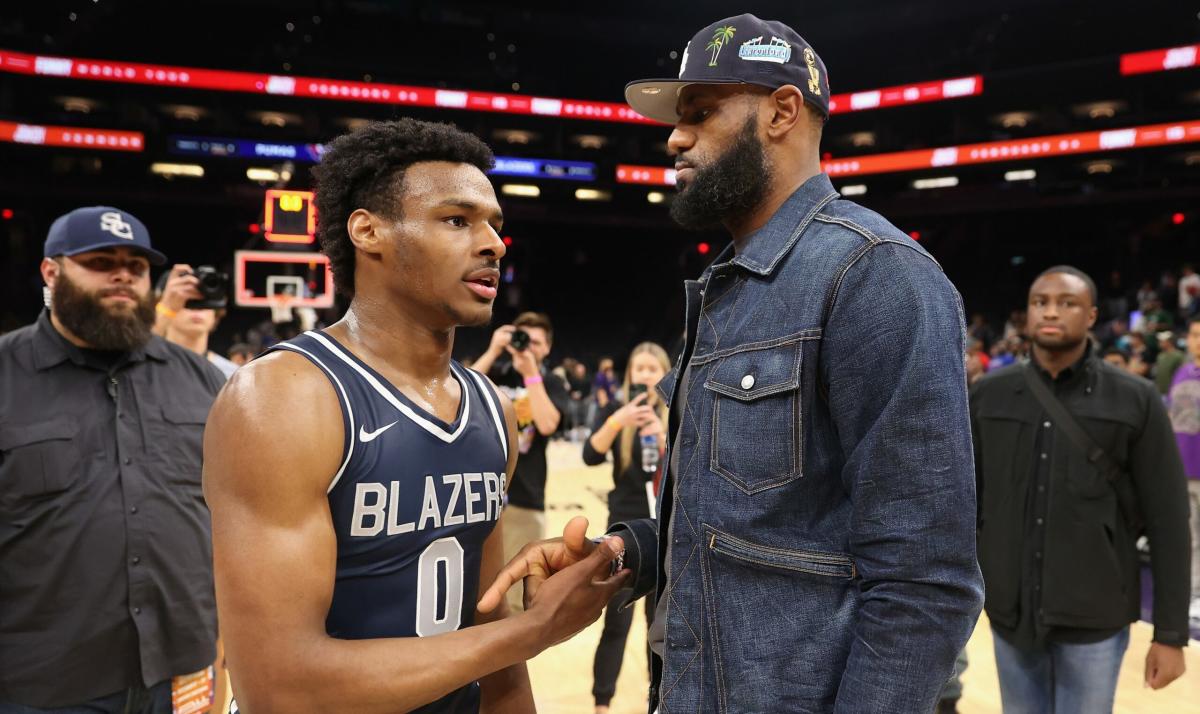 Over the past two decades, LeBron James has become something of a fixture on the cover of Sports Illustrated, as he has appeared there dozens of times.

The first time the sports publication featured him there was in February 2002, when he was just a junior at St. Vincent–St. Mary High School in his native Akron, Ohio.

But now, it has become a family affair.

Not only has he made the latest cover of Sports Illustrated, but he has been featured there along with his sons, Bronny and Bryce.

LeBron James reacted with excitement on social media once the cover was made public.

Bronny James is going into his senior year of high school at Sierra Canyon School in the San Fernando Valley and is starting to attract interest from college basketball programs. Bryce James, meanwhile, plays at the same school and is entering his sophomore year of high school.

LeBron James has made it clear he wants to play with Bronny James on the same NBA team. But now, he may also want to stick around long enough to team up with Bryce James.

“Still, the wheels are already turning,” wrote Chris Ballard. “The free-agency deals and trades swirling around us? ‘I’d definitely be looking at who got first-round picks in 2024, 2025, things of that nature; 2026, ’27. I pay attention to that type of stuff.’

“LeBron smiles. ‘I feel like I could play for quite a while. So it’s all up to my body, but more importantly, my mind. If my mind can stay sharp and fresh and motivated, then the sky’s not even a limit for me. I can go beyond that. But we shall see.’

“It’s a lot to imagine: LeBron at 43, playing in an NBA game with both of his sons. But then, Tom Brady is still rolling at 45. Why can’t it happen?”

LeBron James just signed an extension that will keep him with the Los Angeles Lakers through the 2023-24 season, with a player option for the 2024-25 campaign.