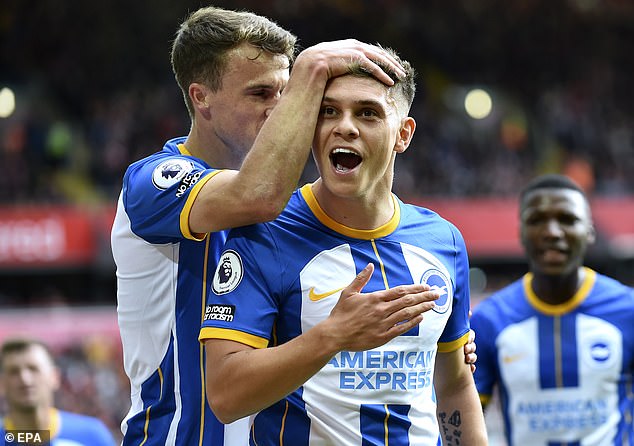 ‘It’s difficult to say anything about that now’: Leandro Trossard remains tight-lipped on his Brighton future amid interest from Chelsea and Arsenal after the Belgian winger TORE Liverpool apart at Anfield on Saturday

Brighton star Leandro Trossard has refused to dismiss speculation linking him with a move away from the club.

The Belgian winger scored a scintilating hat-trick during the Seagulls pulsating 3-3 draw with Liverpool on Saturday and has begun the campaign in fine form. 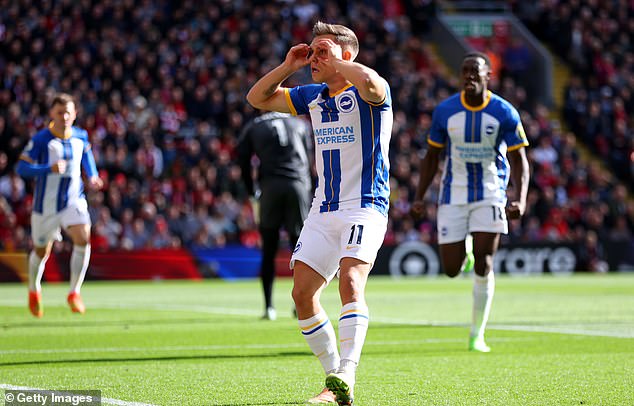 Since his move from Genk in his homeland in 2019, Trossard has scored 23 goals in 111 appearances for Brighton and has been a key man as the club established themselves in the top flight under previous boss Graham Potter.

The 25-year-old’s form this season has attracted the interest from several clubs including Arsenal and Chelsea and he remained tight-lipped when questioned on the rumours surrounding his future.

‘It’s difficult to say anything about that now,’ he told the Monday Night Club. 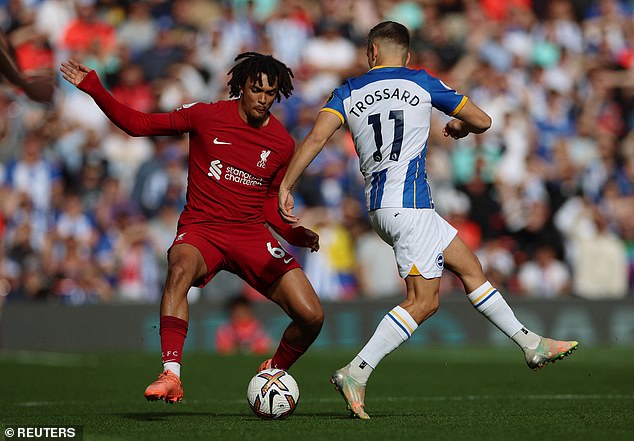 ‘It completely depends on which club would come. If I feel good and things are good on a private level… but I also know how good I am at Brighton, also with new coach Roberto De Zerbi it looks promising.’

Trossard has never scored more than eight goals in a Premier League season before, but with five already, the same amount he scored in both 2019-20 and 2020-21, he looks well on his way to bettering that tally.

And the winger, who has played in a variety of positions for Brighton over recent years including at wing-back, on the wing and in attacking midfield, explained his improved productivity in front of goal. 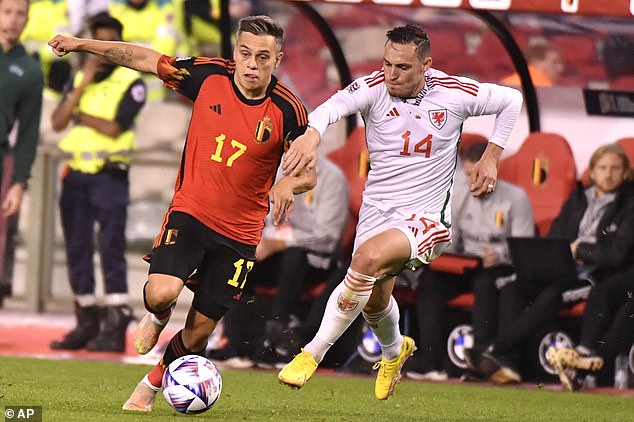 He said: ‘I’m a little higher up the pitch now, which gives me more chances to score a goal.

‘And the more chances you get, the more you can score. I think that’s the biggest difference from the last few years.’

Trossard has also broken into the Belgian national team over the past two years, racking up 21 caps, and will hope to play a key role for Roberto Martinez’s side in Qatar at the World Cup.

Brighton sit in fourth place in the Premier League after an impressive start to the campaign and are next in action when they face Tottenham at the Amex stadium on Saturday evening.