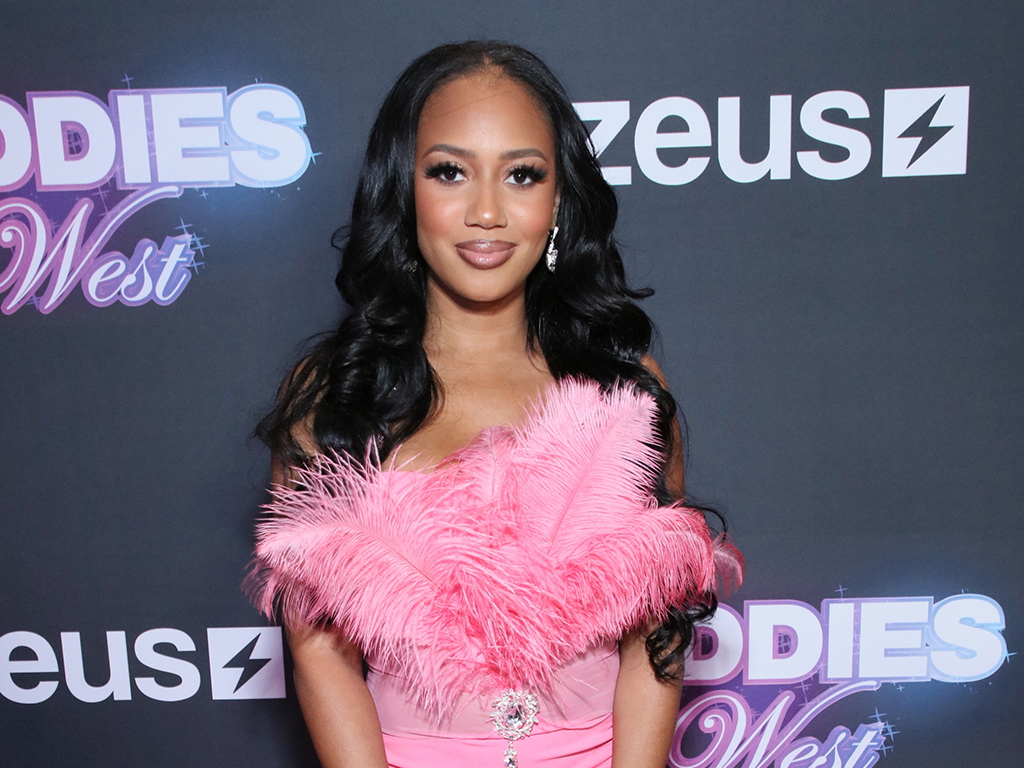 Lauren London is the latest celebrity to embrace the Barbiecore trend. The actress arrived at the premiere of Zeus Network’s show “Baddies West” in North Hollywood, Calif., yesterday in an all-pink ensemble.

London wore a pink strapless dress that was covered in long pink feathers, trailing down to a sheer midsection with a crystal-embellished piece and a ribbed pink miniskirt.

London wore her hair parted in the middle and styled in soft waves, and went with a soft-glam look of thick lashes, glossy lip, flushed pink cheeks, and a soft pink bedazzled stiletto manicure. For accessories, she added a pair of dangly diamond earrings and carried a pink Chanel bag.

As for footwear, London slipped on a pair of pink vinyl peep-toe mules. The mules are reminiscent of the type of shoes the original Barbie doll sported in the late nineties to early 2000s and complemented London’s ensemble’s color palette well.

While London loves to sport a sky-high stiletto or a peep-toe pump on the red carpet, the actress is more well-known for her sneaker game, particularly with Puma.

The “Without Remorse” star originally joined forces with Puma in December 2019 as a brand ambassador following the death of her partner, rapper and activist Nipsey Hussle. In 2021, London collaborated with the footwear brand on a campaign titled “Forever Stronger,” referencing a poem Hussle’s sister, Samantha Smith, wrote in his honor. The launch was inspired by London’s hometown of Los Angeles.

The actress’s next collaboration with the brand was on a collection entitled “LA. Love Story,” which launched in Nov. 2022. The collection was made up of unisex athleisure-inspired apparel pieces and footwear options. In June 2022, London and Puma teamed up again and launched a second iteration of the collaboration titled “Forever Stronger 2.”

PHOTOS: The Best ‘Barbiecore’ Inspiration, From Runway to the Red Carpet