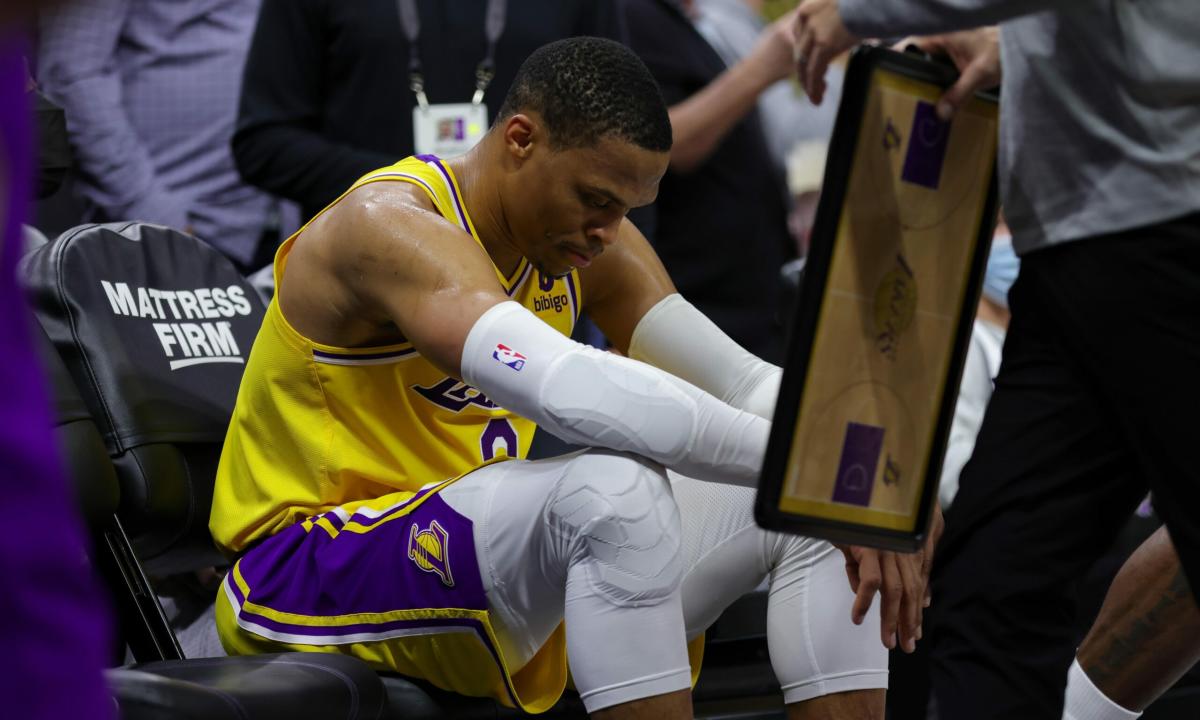 With each passing day, it looks more and more like Russell Westbrook will remain with the Los Angeles Lakers once training camp and the regular season start.

That would mean they would have to figure out how to best utilize his strengths while minimizing or hiding his weaknesses.

One possibility that has been talked about dating back to last season is moving Westbrook to the bench, possibly in a sixth-man role.

According to two prominent reporters, the Lakers are actually thinking about doing just that.

“Jovan Buha and Sam Amick of The Athletic looked at how Westbrook is getting a look as part of the Lakers’ starting lineup, but his role could evolve into using him in a reserve capacity.

“‘Yet, while the Lakers have been hopeful the Westbrook experiment might be a success this time, sources with knowledge of the situation told The Athletic that the prospect of Westbrook coming off the bench is being strongly considered,’ Buha and Amick wrote.”

Whether Westbrook starts or comes off the bench, he will have to play a considerable number of minutes alongside LeBron James, and new head coach Darvin Ham will have to figure out how to make them mesh together.

If the decision is made to bench Westbrook, the big question is how he would react, especially given his personality.