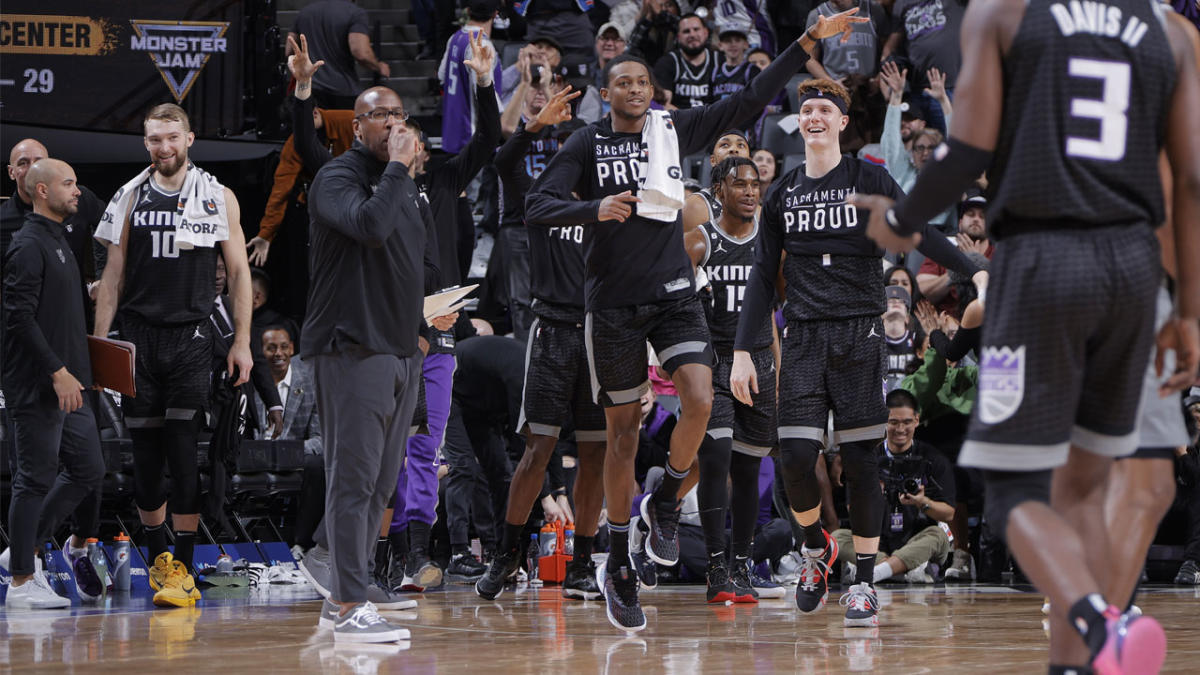 The Kings’ 136-111 win over the Orlando Magic at Golden 1 Center on Monday night was special for multiple reasons.

Not only was it one of Sacramento’s most complete games of the season, but the Kings (21-18) also held the Magic (15-26) to just 42 points in the paint, something coach Mike Brown was very, very, very excited about. More on that later.

Oh, and the Kings broke the franchise record for 3-pointers made in a single game. Just a small detail that should be mentioned.

With 2:09 remaining in the fourth quarter, veteran guard Matthew Dellavedova drained Sacramento’s 23rd 3-pointer of the game, breaking the single-game record of 22 previously set on Nov. 5, 2021, against the Charlotte Hornets.

In speaking to reporters after the game, Brown admitted that he wasn’t surprised his squad broke the franchise record given the caliber of shooters Sacramento deploys night in and night out.

“I said before, we’ve got a lot of shooting on this team,” Brown said. “And for us to get that record, I thought Malik [Monk] had some great looks out on the floor where two of the four should have dropped, so it could have been higher. The way we spaced the floor, the way we touched the paint tonight, the way we shared the ball

“I don’t want to sound cocky or anything like that, but it doesn’t surprise me with the shooters we have and the way our guys know how to play on the offensive end of the floor. Anytime you can get a record, especially in this business as long as the NBA’s been around, it’s a good thing.”

One player who played a big role in Sacramento’s deep-shooting success was veteran forward Harrison Barnes.

“It’s nice,” Barnes said of his big game. “Obviously, [Domantas Sabonis] hitting me early for a few easy baskets, guys were looking for me, that was great. I think the biggest thing I was thinking, every time I made a shot, it was like we were just trading buckets. I felt like they were coming back on the other end and scoring too.”

Although Barnes led the Kings with six 3-pointers on a historic shooting night, he understands that Sacramento can’t afford to chase records and that the Kings need to maintain their offensive identity.

As exciting as the single-game 3-point record is, Brown was beaming (pun intended) about a different number.

Sacramento surrendered just 42 points to the Magic in the paint on Monday night, a number that Brown was over-the-moon thrilled about after preaching all season long about defending the paint. The Kings are tied for the second-most points in the paint surrendered to opponents per game with an average of 54.8.

On Monday night, Brown was so excited that he took the number 42 to the bank. Literally.

For Brown, the record was great and all, but he truly could stop thinking about 42.

“…but 42 points in the paint,” Brown ended his answer to a question about the 3-point record.

After snapping their two-game losing streak, the Kings will look to continue their success from beyond the arc — and in the paint — against the lowly Houston Rockets (10-30) who Sacramento will host for two games on Wednesday and Friday.