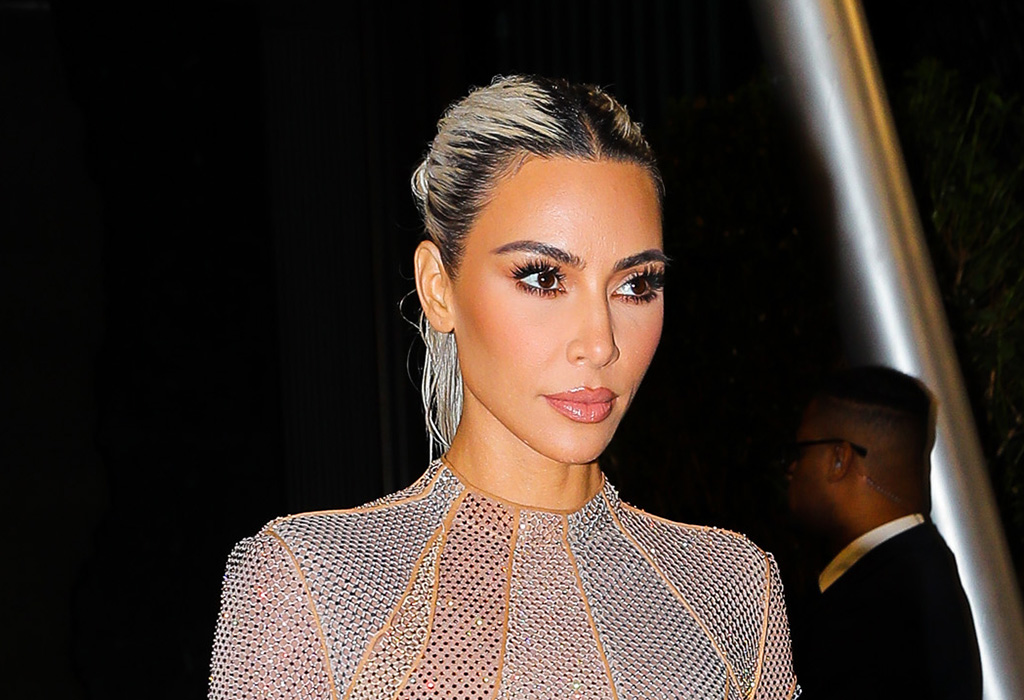 Kim Kardashian met up with Hillary and Chelsea Clinton for their Apple TV+ series “Gutsy” to talk about what it means for the former “Keeping Up With The Kardashians” star to be a woman, mother, and entrepreneur.

Kardashian sported a “The Matrix”-inspired look in a shiny python leather trench coat by Yohji Yamamoto and black silver studded gloves by Prada. She elevated the outfit by slipping into knee-high neon green Balenciaga boots, adding a powerful pop of color to her bold ensemble.

Clad in grey, Hillary wore a sleek suit which consisted of a belted blazer and wide-leg pants. Underneath the structured suiting moment, the attorney wore a black shirt which she coordinated with sharp black pointed-toe boots.

Chelsea donned a plain black tee which she tucked into a metallic accordion style maxi skirt, making for an equally powerful outfit. The mom of three finished off her look with classic pointed toe pumps.

Along with the impromptu meet up, Hillary and Chelsea sat down with Seth Meyers on “Late Night With Seth Meyers” yesterday to discuss everything from hard-hitting topics like Donald Trump’s classified documents to Roe v Wade.

The former first lady traded in her beloved pantsuit and wore a long sleeve collared button-down with a shiny geometric pattern and black buttons. For bottoms, the former Senator from New York wore fitted black slacks, a must-have clothing item for many. Hillary stuck to the classics, slipping into black boots with pointed toes and short simple heels. The style of footwear is a closet staple.

“Gutsy” is an eight-part series available on Apple TV+ that takes viewers through the mother-daughter team’s thought-provoking journey to speak with pioneering women artists, activists, community leaders, and everyday heroes. The mini series is based off of a book the pair wrote entitled “The Book of Gutsy Women.”