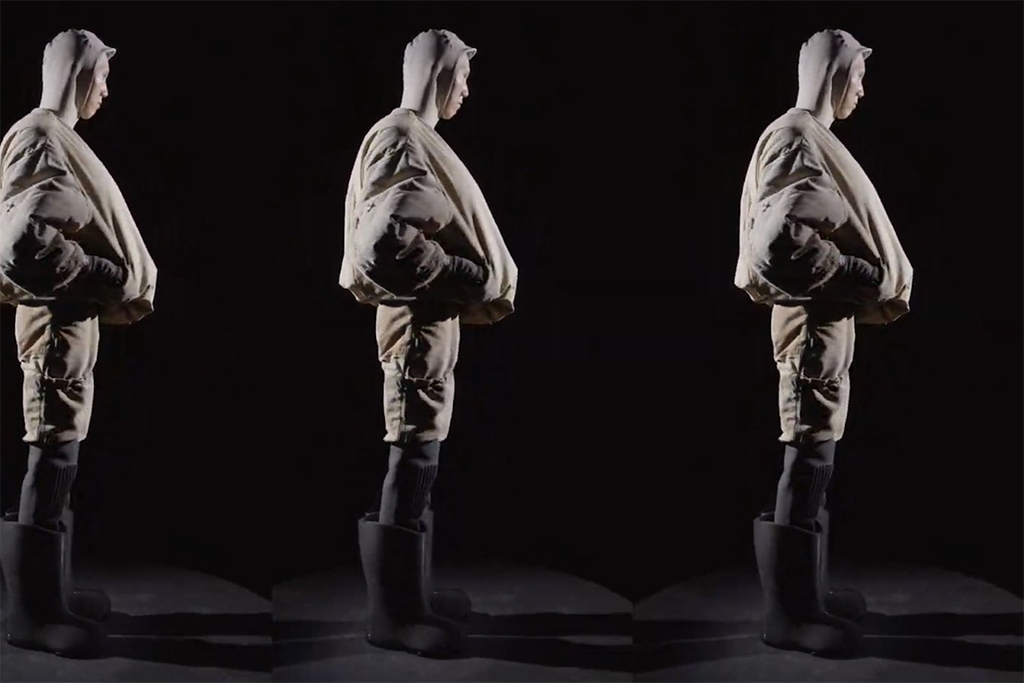 The headlines coming out of Kanye West’s YZYSZN 9 presentation in Paris today have been focused on the shocking “White Lives Matter” T-shirts worn by the rapper-turned-designer and several others. There was, however, new footwear revealed during the polarizing presentation.

Technology company Zellerfeld confirmed via statement following the show that it helped produce a version of the YZY boot that was worn today, which does not have an official name.

Zellerfeld said in its statement that the boots are the same ones that have been circulating online since the first Yeezy Gap Engineered by Balenciaga drop. The tech company also stated that because of its 3D-printing capabilities, which can reduce the footwear creation process from months or years to weeks, the development and production process for these boots was done in a single weekend prior to the YZYSZN 9 show.

Prior to working directly with West and his Yeezy imprint, Zellerfeld has teamed up with people closely associated with the multihyphenate on footwear projects. In October 2021, Heron Preston announced the beta launch of his 3D-printed sneaker, the Heron01, which was done in collaboration with Zellerfeld. The shoe debuted exclusively via StockX the same month.

West also made headlines for his verbal statements made during the show. “Bernard Arnault is My New Drake,” West said moments before the presentation began. The comment was referring to the CEO and chairman of LVMH, the luxury conglomerate that oversees more than 70 brands, including Louis Vuitton, Celine, Givenchy and Fendi.

West confirmed that he would debut a new Yeezy SZN 9 collection for his brand during Paris Fashion Week one day before the event after hinting it’s unveiling one month earlier. The show today is the first since the brand introduced the Season 8 fall collection in 2020. Yeezy’s comeback happens a month after Ye said in an interview with Bloomberg that it was time for him to “go it alone” and cut ties from the corporate entities linked to his Yeezy brand, namely Adidas and Gap.