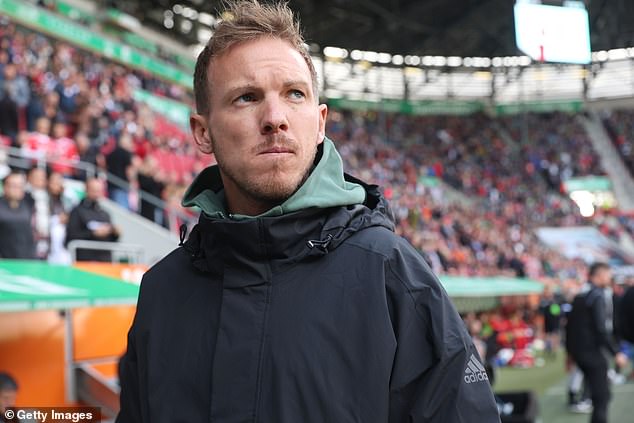 Julian Nagelsmann criticised his players after Bayern Munich suffered a 1-0 defeat by Augsburg on Saturday, marking their fourth successive Bundesliga match without a win.

Although the German champions dominated with 77 per cent possession and 19 shots on goal, Mergim Berisha’s 59th minute winner against the run of play was enough to earn the hosts all three points at the Augsburg Arena.

During his post-match press conference, Nagelsmann voiced his frustration and sent a clear message to his Bayern players, evidently disappointed with their lack of creativity and sharpness in the final third. 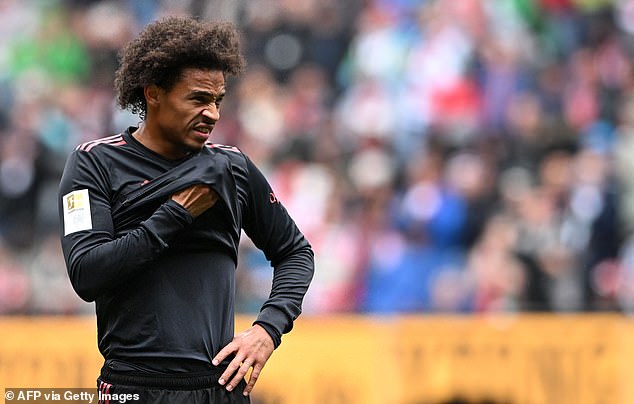 The German boss told Sky: ‘We’re just very, very laissez-faire in the last third. In training, we don’t even have that much of a majority.

Sporting director Hasan Salihamidzic admitted he too is ‘a little worried’ following Bayern’s shaky form in the league.

‘We haven’t won in four games in the Bundesliga, we got three out of twelve possible points, so I’m a little worried,’ he explained. 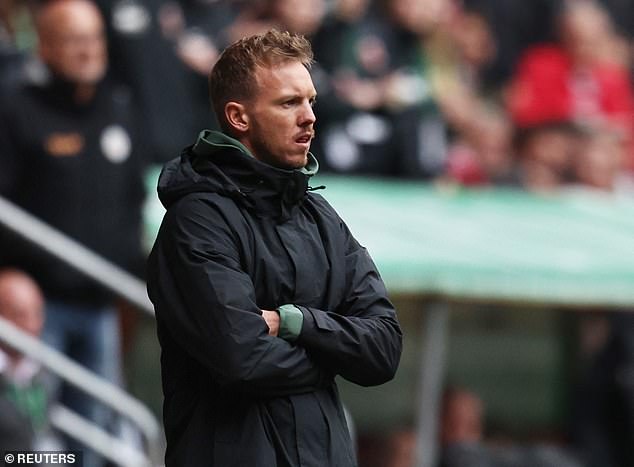 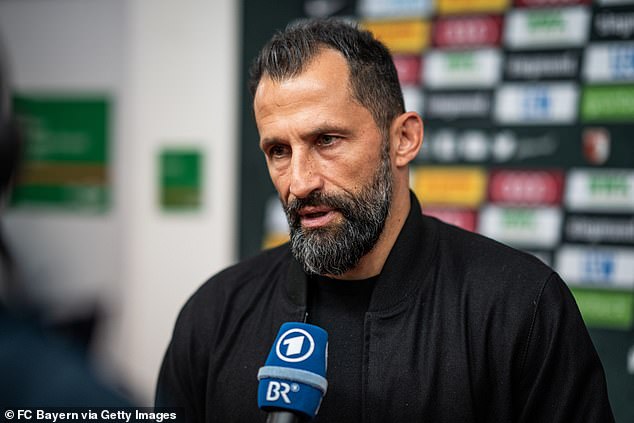 ‘You can’t win in the Bundesliga the way we played today.’

Nagelsmann will be eager for a response after the international break when Bayern host 15th-placed Bayer Leverkusen before difficult clashes with Dortmund and Freiburg.