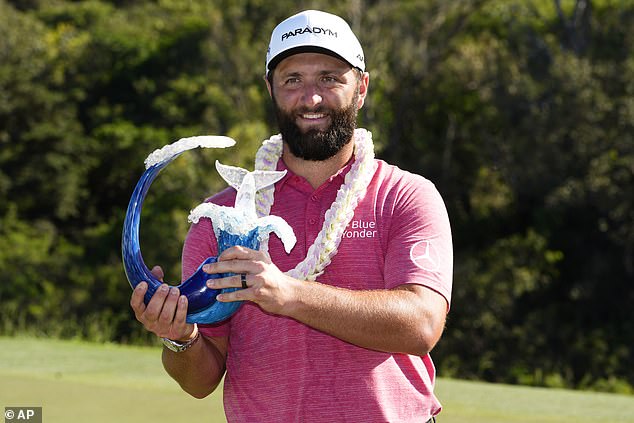 ‘I’m trying to understand what’s going on… I feel like I’m No 1 right now’: Jon Rahm admits he’s baffled by golf’s ranking system after failing to rise from world No 5 despite three wins in his last five starts

By Riath Al-Samarrai for MailOnline

Jon Rahm has renewed his criticisms of golf’s ranking system after his third win in five starts failed to bump him up the standings.

The Spaniard produced a stunning comeback from seven strokes back of Collin Morikawa to win the Sentry Tournament of Champions in Hawaii on Sunday.

However he remains No 5 in the world owing to the quirks of the reforms introduced last year that weigh favourably towards the depth of a field rather than its pound-for-pound strength.

That meant the 38-man Tournament of Champions received fewer points than a full-field tournament, despite featuring 17 of the world’s top 20.

Rahm slaughtered the changes as ‘laughable’ ahead of winning the DP World Tour Championship in Dubai and was again critical after his victory in Hawaii.

He said: ‘Will I pass Patrick Cantlay (the world No 4)? Because since the (Fed Ex Cup) play-offs I’ve won three times, and I don’t even get close to him. So I’m trying to understand what’s going on.’ 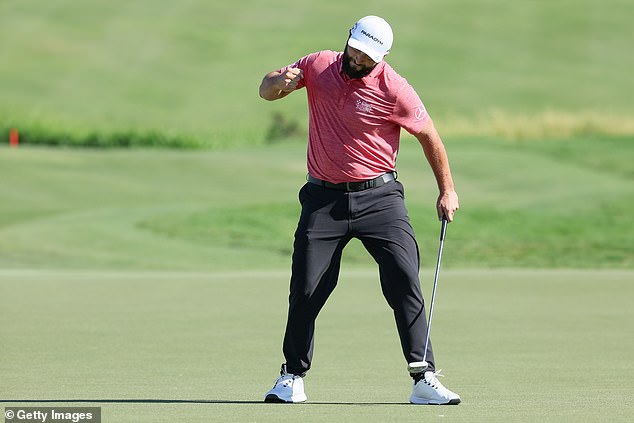 Rahm, who in addition to three wins in five has also had ties for second and fourth, added: ‘Had they not changed the world ranking points I would have been pretty damn close (to No 1) right now.

‘Anybody any given year can get a hot three, four months and get to that spot. It’s the level of golf we’re at nowadays. It is what it is. It’s very difficult to stay up there and it requires a lot of golf.’