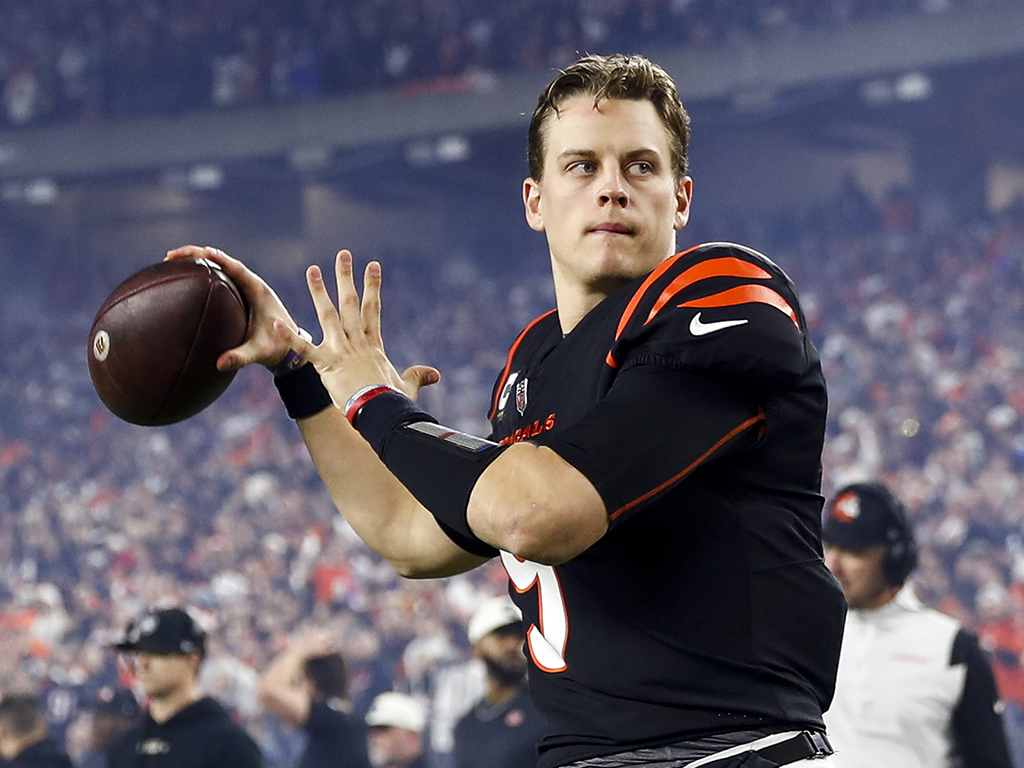 Joe Burrow has another viral outfit accumulating likes on social media. The Cincinnati Bengals quarterback wore a unique pair of sweatpants inspired by the ’90s sitcom “Seinfeld” after his last game.

Burrow and the Bengals beat the Buffalo Bills by 27-10 on Sunday. The Bengals has won 10 games in a row thus far and will now face the Kansas City Chiefs on Sunday, Jan. 29.

Post-win, Burrow left the locker room wearing a bright pink Nike hoody and a pair of baby-blue Seinfeld-branded sweatpants, as seen on NFL reporter Nicki Jhabvala’s Twitter. The pants, which featured the sitcom’s printed logo, come from the streetwear brand Dumbgood and retail for $75.

He said he got them for his birthday last year. pic.twitter.com/wstEpatJqC

Burrow topped off the bright-hued outfit with a pair of black, orange and white Nike sneakers. The player has a partnership with Nike and he’s often seen trying different styles from the brand, including limited-edition designs.

However, this wasn’t the only outfit the quarterback wore during game day. Whereas Burrow’s departure outfit was full of colorful colors, his arrival outfit was more suited for the winter season. Burrow donned an orange and black Northface puffer jacket, a long-sleeved black shirt and a pair of khaki green pants with a matching green beanie while arriving to the stadium. He completed this outfit with another pair of Nike sneakers, also in the Bengals colors.

Since Burrow was drafted for the Bengals back in 2020, he has gone viral several times for his impressive moves on the field, and his fashion savvy off of it. Burrow, as seen above, isn’t afraid of rocking bright colors, graphic tees or a variety of other attention-catching styles.

Shiesty in the building.@JoeyB | @Bengals

For his footwear wardrobe, Burrow’s closet contains a number of tonal and colorful sneakers. One of Burrow’s most talked-about kicks were a pair of Air Jordan 1 Low sneaker made in collaboration with Dior. The shoes sported a fashionable mix of Nike’s Swoosh logo with the signature “Dior” typeface and currently retail for $7,179 on Farfetch.com.

PHOTOS: 8 of the Most Stylish Football Players