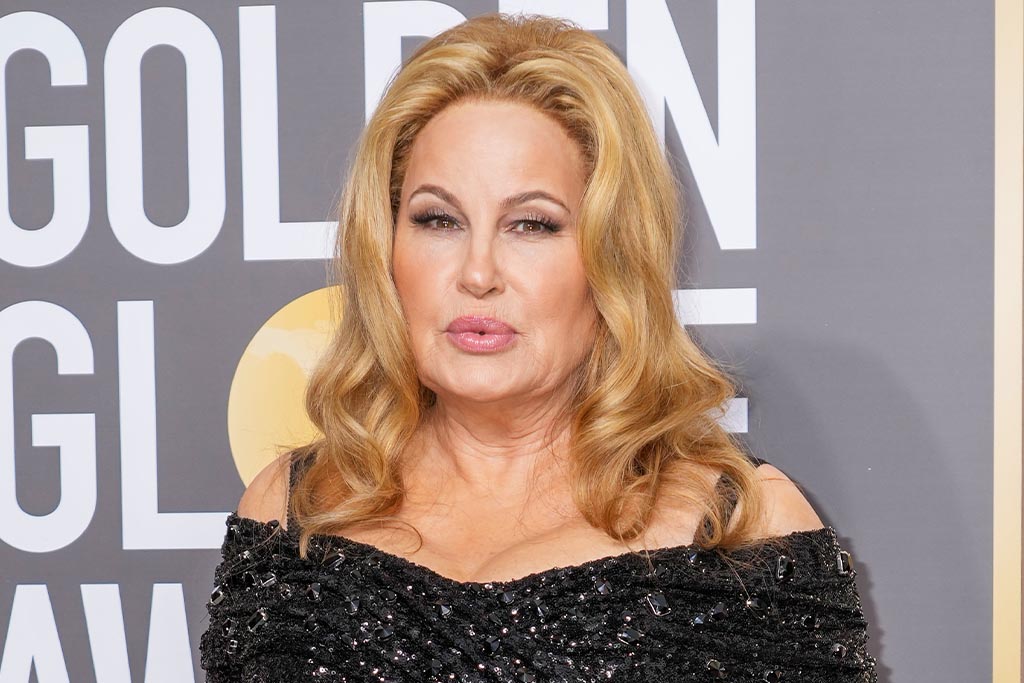 Jennifer Coolidge exuded classic glamour at the 2023 Golden Globes. The actress is nominated this evening for Best Supporting Actress in a Limited Series/Anthology or Motion Picture Made for Television for her viral role as Tanya McQuoid in HBO’s “The White Lotus.”

While hitting the red carpet at The Beverly Hilton in Beverly Hills, the Emmy Award-winning star posed in a sparkling Dolce and Gabbana gown. Styled by Gaelle Paul, her ensemble featured a black off-the-shoulder column silhouette with long sleeves and cold-shoulder straps, all coated in shimmering sequins. Embroidered monochrome black crystals across the bodice added a bejeweled effect, as well.

When it came to footwear, Coolidge’s shoes could not be fully seen. However, the actress appeared to wear a matching set of black patent leather pumps, given a lacquered pointed-toe shoe that peeked beneath her gown’s floor-length hem. The style was likely finished with 3 to 4-inch stiletto heels, given its traditional shape and pairs that Coolidge has worn on past red carpets.

The Golden Globes honor the top film and television performances of the past year. This year’s event, held at The Beverly Hilton in Beverly Hills, will be hosted by comedian Jerrod Carmichael. The occasion includes a star-studded list of nominees, including Zendaya, Viola Davis, Austin Butler, Jennifer Coolidge, Michelle Yeoh and Selena Gomez, among numerous others. This year’s Globes will notably be the first held in-person since 2021, and will include a pre-show hosted and streamed online by Variety.

PHOTOS: Discover all the stars on the red carpet at the Golden Globes 2023 in the gallery.