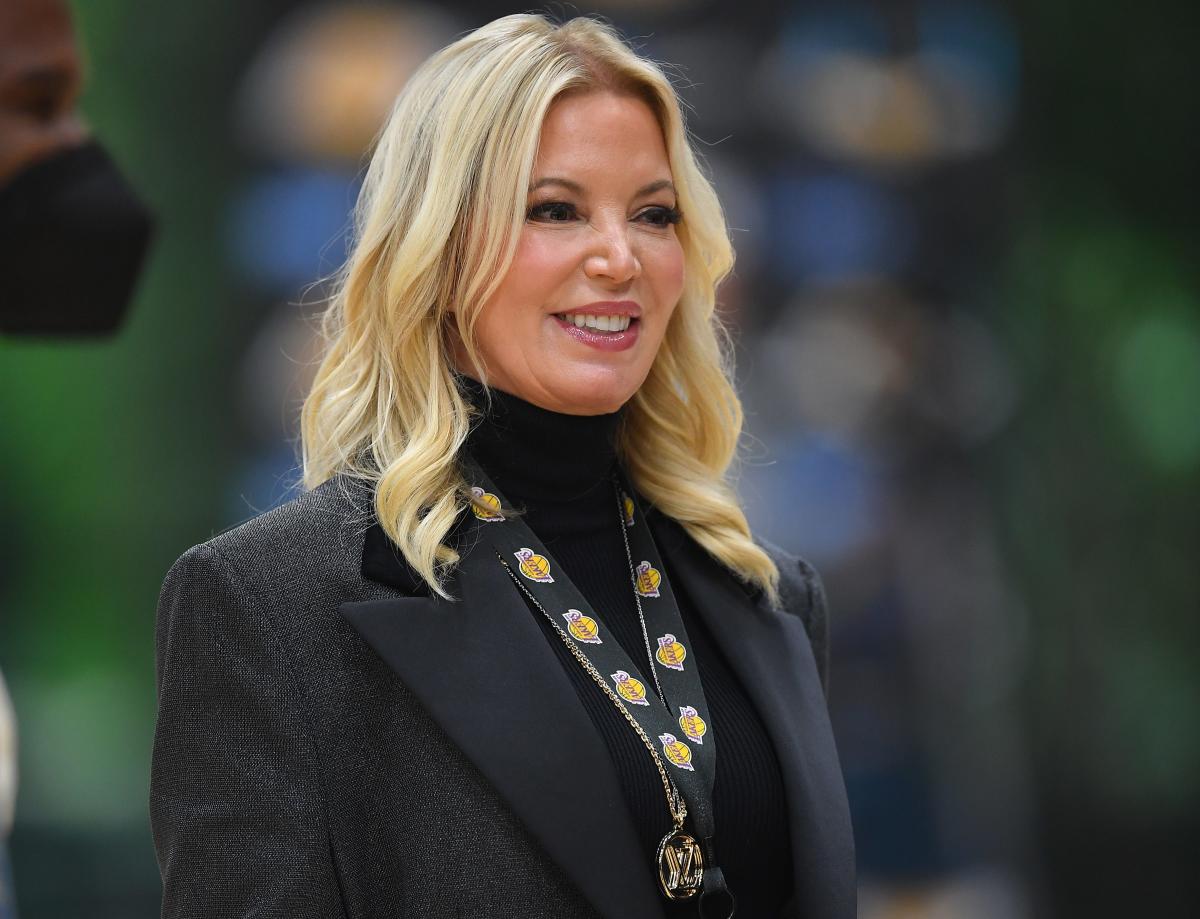 As Los Angeles Lakers owner Jeanie Buss sits at team headquarters in El Segundo, California, with multiple Larry O’Brien trophies in the backdrop, she is fully aware that, as one of the few women in the sports industry running a franchise, every move she makes — whether implied or official — will be talked about.

So she figured why not tell the story of her family on her terms, thus the impetus of a 10-part documentary called “Legacy: The True Story of the LA Lakers,” currently streaming on Hulu.

It is also nearing the 10-year anniversary of the death of her father Jerry Buss, the Lakers’ longtime flamboyant owner who died in February 2013.

“In conversations in the past few years, and realizing there is a lot of innovation that he brought to the industry, a new generation of Lakers fans might not know or never even heard of Jerry Buss,” Jeanie Buss told USA TODAY Sports in a wide-ranging interview. “So, it became clear that we wanted to tell our story. So this was seven years in the making. We had the right ingredients to make a compelling story.”

NEWSLETTER: Subscribe to get the latest sports news and stories sent to your inbox

NBA SCHEDULE TAKEAWAYS: Dissecting the key dates in the 2022-23 schedule

Directed by Antoine Fuqua (“Training Day,” “The Equalizer,” “What’s My Name: Muhammad Ali”), the story starts when Buss bought the team in 1979 and immediately set out to return the Lakers to a championship.

The documentary highlights how the “Showtime” Lakers were built, the family squabbles for control of the team, Jerry Buss’ relationship with Magic Johnson and his near acquisition of the Dallas Cowboys in 1989. (His playboy lifestyle was blamed for his failure to buy the team before Jerry Jones eventually did.)

“My dad lived a very loud, open-book life. And didn’t apologize for it. It’s a family business. So people can relate, the family aspect of it,” Jeanie Buss says. “We’re a family that’s known in the media. It’s a lot.”

Buss says there aren’t many surprises in the documentary that hardcore fans don’t already know.

“Everyone knows the wins and losses. Everyone knows the trades and free agent signings. I think people were interested in understanding the conflict I had with my brother. There is nothing to be hidden or kept secret. I think people didn’t understand the relationship that I have with Linda Rambis (a longtime friend and adviser), or obviously my very high-profile relationship with (former head coach) Phil Jackson.”

Lakers content has filled the airwaves during the past year, with many figures participating in the Apple TV+ series “They Call Me Magic” that concentrated heavily on when the team drafted Johnson No. 1 overall in 1979.

But Buss actually had some control over the content of this documentary, unlike what happened in “Winning Time,” an HBO-helmed series based on the book “Showtime: Magic, Kareem, Riley, and the Los Angeles Lakers Dynasty of the 1980s” by Jeff Pearlman.

That series was heavily criticized for taking liberties in the portrayals. Buss had no issues with “Legacy” as she was one of the many executive producers on the project.

When Buss is asked about the past three years of her life, she pauses. There’s been the thrills of the franchise winning a 17th championship during the pandemic, the lows of missing the playoffs last season and the devastating loss of Kobe Bryant.

“It’s been really tough. With some high points and some of the lowest points that I have ever experienced,” she said.

“What I have learned through the adversity was when we faced the loss of Kobe and Gianna Bryant, the question was, ‘How are we going to play basketball?’ We come together and we grieve together. That’s what ‘Lakers Nation’ does. And that’s the power of sports in our society.”

For Buss, 60, the future of the Lakers is about winning — and not settling for anything less.

“That’s what really caused the conflict between my brother and I,” she says.

Buss fired her brother, Jim, in 2017 from his post as the team’s head of basketball operations after multiple losing seasons, saying that he was “completely unfit” to run the Lakers.

“The way he was operating the team, we were making a nice home at the bottom of the standings year after year,” she said. “That wasn’t the brand that Dr. (Jerry) Buss created. No one has the formula to win a championship, but you always be relevant and be part of the conversation and give yourself a chance to win.”

Last year’s Lakers finished 33-49 and failed to make the playoffs, despite having perennial All-Stars in LeBron James, Russell Westbrook and Anthony Davis. But those three played a total of 21 games together, and couldn’t overcome the injuries and inconsistency on the defensive end.

That led to the firing of coach Frank Vogel and the hiring of Darvin Ham, who spent 11 seasons as an assistant with the Lakers (2011-13), Atlanta Hawks (2013-18) and Milwaukee Bucks (2018-22). The Lakers’ roster is also in flux, with Westbrook’s status and $44 million salary for 2022-23 still undecided. James signed a two-year, $97.1 million extension, and the team acquired veteran guard Patrick Beverley this offseason.

“I am not going sit here and promise we are going to be part of the conversation, but that is what the expectation is,” Buss said. “And we should all expect that because that is the brand that was built.”

Though she is basketball through and through, Buss isn’t quite sure what her own legacy will be, and she admits if she wasn’t a basketball executive she would be in real estate or become a dog rescuer.

She thinks back to the team’s latest title triumph in 2020 and being lauded as the first woman owner to win an NBA championship and all she can think of is who is going to be the next woman to follow her.

“I don’t think of myself as a role model, but when I was young and seeing a woman in a position of power, it just made me think about what was possible instead of limiting myself and my options,” she said.

“But I want to see who’s next and that’s the part that’s exciting for me.”