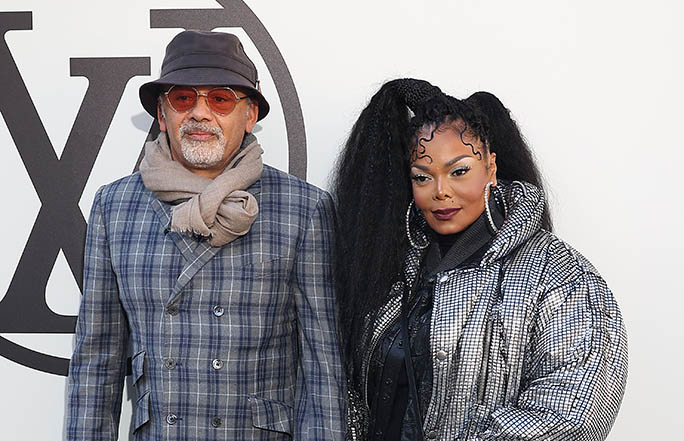 Janet Jackson made a futuristic fall fashion statement at the Louis Vuitton spring 2023 show during Paris Fashion Week. The legendary singer initially arrived with Christian Louboutin and later joined a star-studded front row with other famous faces including Cynthia Erivo and Jennifer Connelly.

Just like Louis Vuitton’s new womenswear line, Jackson combined infinitely large and small silhouettes for the occasion. The “Call on Me” musician stepped out in a silver sequin puffer jacket. The outerwear had a dramatic high, puffy collar with billowy sleeves and wide, black cuffs.

Jackson left the striking overcoat open to show off the padded leather jacket and a black top that she was wearing underneath. She teamed the layered pieces with baggy joggers and strapped a Louis Vuitton handbag across her body.

In true fashion form, the award-winning entertainer continued to amp up her look with oversized diamond hoop earrings and several chunky midi rings. For glam, Jackson went with a shimmery smokey eye, a vampy lip and styled her hair in two high ponytails.

Completing Jackson’s look was a pair of black combat boots adding a punk rock energy to the outfit. Far from the typical silhouette, the boots featured noticeable silver metal chains on the tongue and had a stacked, square outsole with a rigged sole for greater traction.

PHOTOS: Discover Jackson’s style evolution over the years in the gallery.