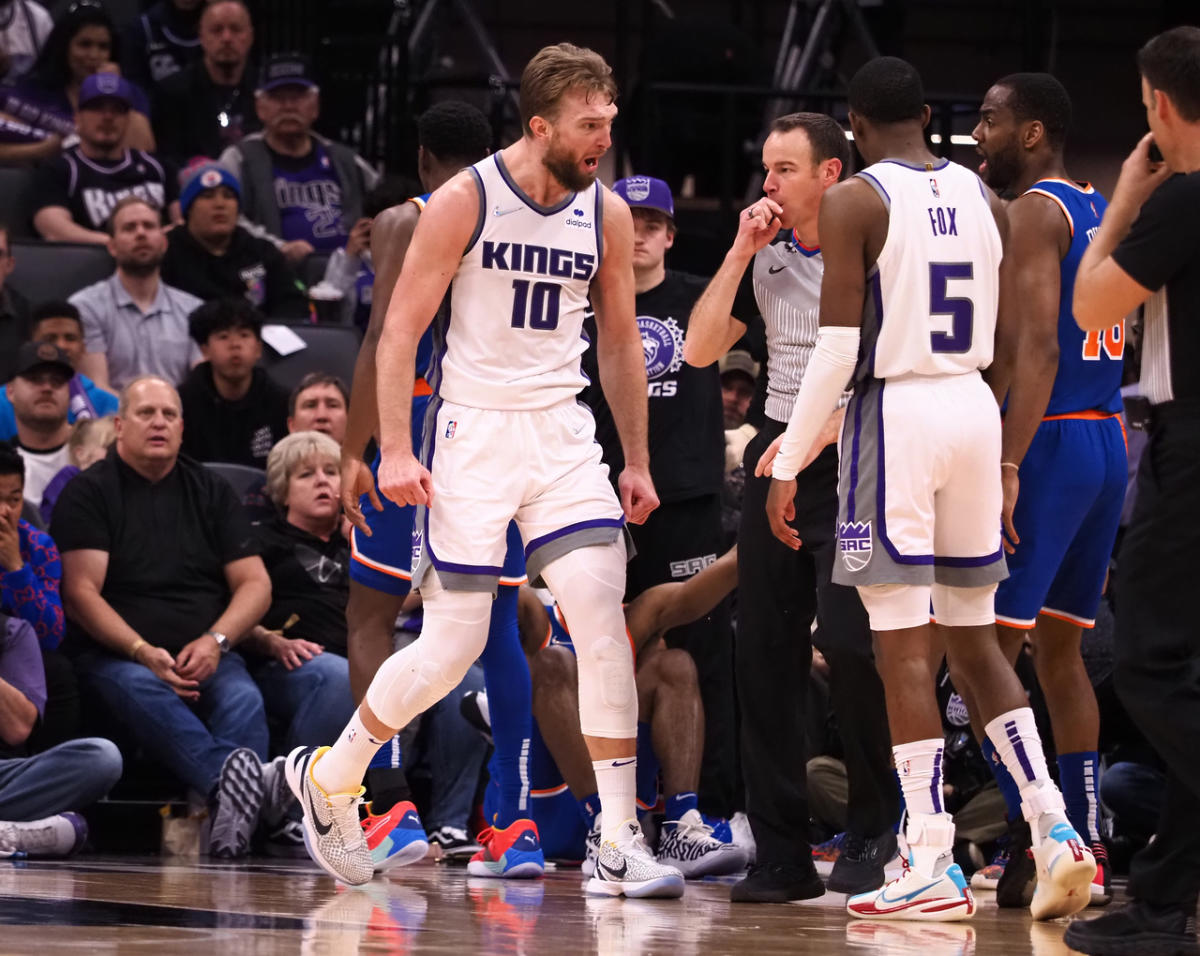 The Sacramento Kings are now 16 years into their NBA record playoff drought and this season may be one of their best chances in a while to break it. While they still might be a ways away from being a .500 team, their path to the play-in tournament is wide. This is largely due to the sweepstakes for Victor Wembanyama with the Spurs, Jazz, Thunder, and Rockets all giving the other 11 teams in the West a head start in the standings.

A spot in the play-in could be had if enough things break right for the Kings and they get a little bit of luck if other teams in the West fall off.

* Offense led by Fox and Sabonis… In limited minutes together, lineups with Fox and Sabonis averaged 115 points per 100 possessions. The Kings held the seventh-worst offense in the league last year but there is room for it to significantly improve after adding more scorers to their rotation. Their higher end of outcomes will likely require their offense to get around the Top 10 in the league to compensate for their defense. If the Kings figure out how to get enough offense when Fox and Sabonis aren’t on the court at the same time, they could have a very successful year.

* More shooters… The Kings ranked 25th in three-point shooting last season, which played significantly towards their low offensive rating. They prioritized improving in that field by trading for Huerter and signing Monk. Huerter shot 39 percent from three last year on 5.6 attempts per game while Monk similarly averaged 39 percent from three on 5.8 attempts per contest. Huerter should provide shooting and secondary playmaking to their starting and closing lineup while Monk should be a spark plug for bench units.

* Should be a much better rebounding team… Sabonis is a monster rebounder who should help the Kings end opposing possessions more frequently. They also have Holmes set to be their primary backup center and he is a strong rebounder as well. Both players didn’t play much for the Kings last season. A full year with them should provide 48 minutes per game of competent rebounding.

* Defense still looks vulnerable… The Kings held the 27th-worst defensive rating in the league last year. Their projected starting and closing lineups lack any premier perimeter defenders or rim protectors. They didn’t address their defense personnel-wise during the offseason other than hiring defensive-minded head coach Mike Brown. He will have the challenge of getting this team respectable defensively and may have to experiment with unconventional lineups that feature more of their better defenders, such as Mitchell and Holmes.

* Inexperienced and still lack continuity… After exceeding expectations in 2018-19 and committing to what looked like a promising core, the Kings have experienced a lot of turnover on the roster. Fox and Barnes are the only two players remaining and will also now have their third head coach since 2019. The team has been quick to make significant changes in their playoff pursuit and that needs to stop. Even if they don’t have immediate success this season, hopefully they are given more time to play together because more reboots will delay their goals.

The Kings have 12 players on guaranteed contracts and then six players on non-guaranteed deals fighting to make the remaining three spots. They’ll be looking to balance adding players who can contribute to their rotation with veterans who can bring much-needed leadership.

Sacramento seems to have a set eight-man rotation at the least with several players who could get minutes depending on the matchup. They have several players with medium-sized salaries (like Davis and Len) they could look to consolidate for more expensive role players. If the Kings want to shake things up mid-season, Barnes and Holmes could be logical trade candidates, though it’s hard to envision trades involving them that significantly improves the roster.

See also  Is Boston’s frontcourt their biggest roadblock to hanging a banner?

5th in the Southwest Division, 11th in the Western Conference. (as voted by the HoopsHype staff)