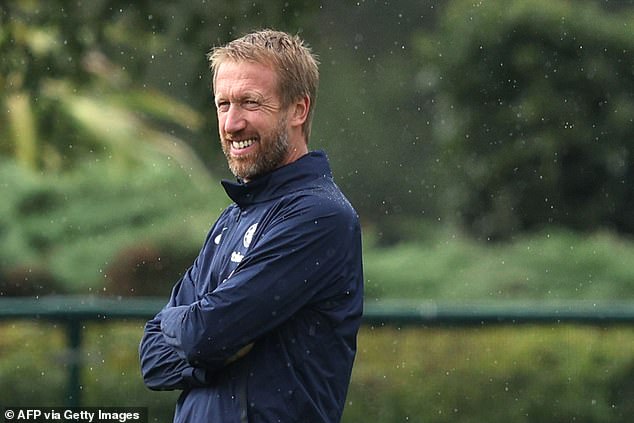 Premier League bosses are like package deals. In modern football, few head coaches enter through the doors of a new top flight club on their own, without the support of their trusted backroom staff behind them.

When Chelsea owner Todd Boehly swooped in to lure Graham Potter away from Brighton with a lucrative five-year deal, the pair would no doubt have discussed which staff members the 47-year-old wanted to bring with him to Stamford Bridge.

On an individual basis, his Cinderella story from the fourth tier of Swedish football to the dizzying heights of the Champions League deserves high praise — although Potter would be the first to admit that his backroom staff had a huge part to play in his meteoric rise. 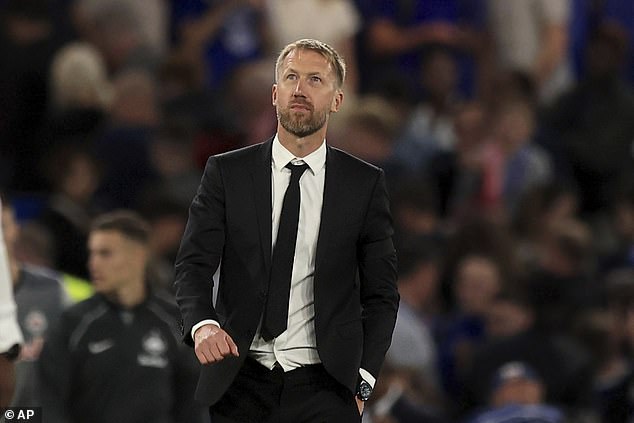 Chelsea announced the club’s new-look backroom staff ahead of their 1-1 draw against Red Bull Salzburg on Wednesday, which includes five lieutenants from Potter’s team at the Amex.

Despite a number of significant alterations following Thomas Tuchel’s departure, Chelsea have also retained a couple of key figures in the dressing room in a bid to offer stability during the changeover.

As Potter continues to get to grips with life at Stamford Bridge, Sportsmail has listed and examined the individuals who make up his backroom staff.

Having worked alongside Potter for nine years at Ostersunds, Swansea and Brighton, Billy Reid has taken the role of assistant manager at Stamford Bridge.

His only experience at the helm came between 2004 and 2013, when Reid managed Scottish outfits Clyde and Hamilton Academical, but the Glaswegian has since racked up almost a decade of experience as a deputy.

As Chelsea unveiled the new team on their club website, Potter insisted that Reid’s know-how and interpersonal skills would benefit the Blues. 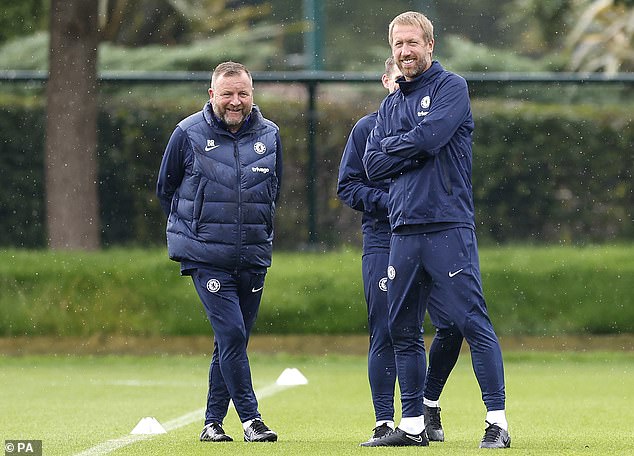 Billy Reid (left) has worked next to Potter for nine years at Ostersunds, Swansea and Brighton

‘Billy brings a lot of experience,’ he said.

‘Really good with people, building connections with people in the club and someone who the players really enjoy working with.’

With the help of Bjorn Hamberg, Reid took charge of Brighton against Leicester in January after Potter tested positive for coronavirus, leading the Seagulls to a 1-1 draw thanks to a late equaliser from Danny Welbeck. 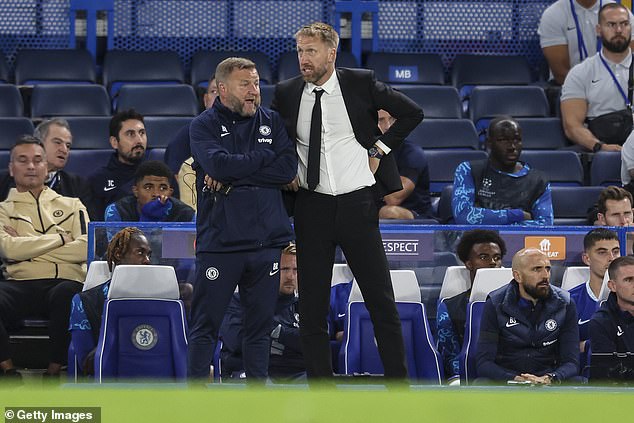 Away from the dugout, the Scot has reportedly supported Potter in various peculiar culture-building exercises.

With the help of local artist Karin Wahlen, Potter had his Ostersunds team and backroom staff perform a ballet to the music of Swan Lake.

Wahlen told Sky Sports in 2020: ‘The players hated it at first. But we ended up having a lot of fun and life-time memories. And it gave them courage, too. It’s not always the one who is the bravest on the pitch that is bravest on stage.’

Swedish first-team coach Hamberg has been by Potter’s side since the 47-year-old’s very first season at Ostersunds.

Aged just 26 in 2011, the young coach joined after growing his reputation as a player-coach with the team he helped establish called BK Bjorner. 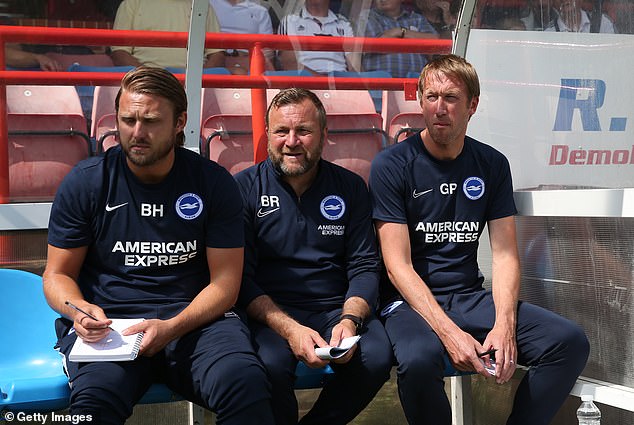 Speaking of his long-serving colleague, Potter said: ‘I met Bjorn pretty much the first day I arrived in Sweden. We’ve obviously worked together since and got to know each other very well.

‘He’s a combination of a good person and a very capable person, so a really important member of the squad.’

Before breaking into football under Potter, Hamberg was a supermarket manager.

Establishing himself as a legend at Brighton, Bruno joined the Seagulls from Valencia in 2012 and went on to make 225 appearances for the south-coast club.

Since his retirement in 2019, Bruno has been a key member of the coaching staff at Brighton, looking to consolidate the club’s status as a Premier League outfit after winning promotion from the Championship in 2017 under Chris Hughton.

Bruno made a heartfelt farewell to the Brighton fans after deciding to take up arms with Potter at Stamford Bridge. 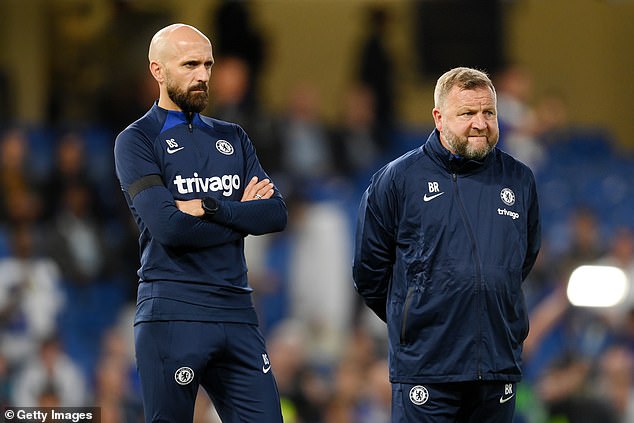 He posted on Instagram: ‘I don’t know where to start, I don’t know what to say. I’m heartbroken, probably like some of you. I have the same feeling that when I left home at 14 to chase my dream. Sure about my decision but broken inside.’

Bruno was the senior player development coach at Brighton and will likely take on similar role at Chelsea, tasked with improving player performance and growth.

Potter said in his interview with Chelsea: ‘Bruno has had a fantastic playing career and was a legend at Brighton. Captain, huge personality, really impressive guy.

‘He’s on the start of his coaching journey but you can tell that he has a great manner, an intelligence, a humility and respect for people and is a top person.’ 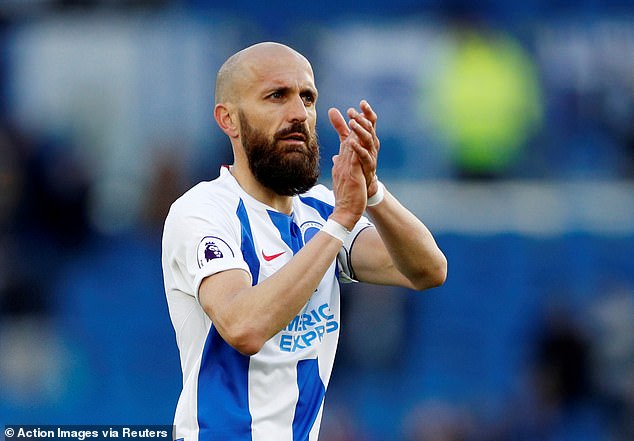 A first-team coach for both Chelsea and the Belgium national football team, Anthony Barry has reclaimed his place in the Stamford Bridge dressing room, having never formerly worked with Potter.

The 36-year-old survived in west London despite the departures of Arno Michels, Zsolt Low and Benjamin Weber alongside former boss Tuchel, having joined the club at the start of the 2020-21 campaign.

Barry was set to become Chelsea’s interim manager and take charge of last week’s clash against Fulham, but the Blues’ swift appointment of Potter — and the Premier League’s postponement of the weekend’s fixtures due to the death of Queen Elizabeth II — denied him of the opportunity. 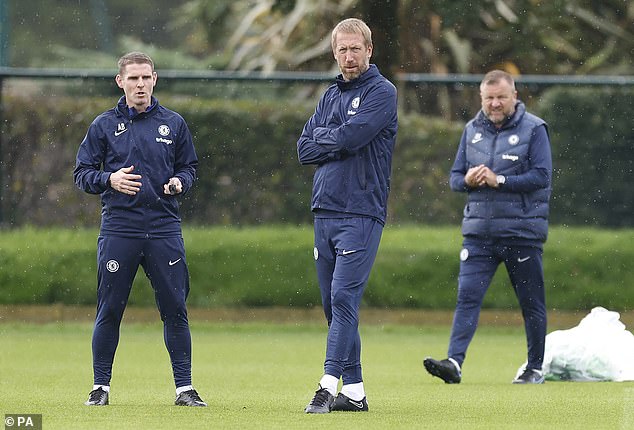 During his playing days, the hard-working midfielder bounced around the English Football League, featuring for the likes of Accrington Stanley, Yeovil Town, Fleetwood Town and Forest Green Rovers, before finishing his career at Wrexham.

Having been at Chelsea for over a third of his life, Hilario remains one of the goalkeeper coaches at Stamford Bridge, despite Potter’s arrival.

The 46-year-old joined the Blues as a player in 2006 and has since spent 16 years at the west London club.

Even during his playing days, Hilario was used to taking on an off-field role at the club, featuring just 39 times for Chelsea in eight campaigns at the club before his retirement in 2014. 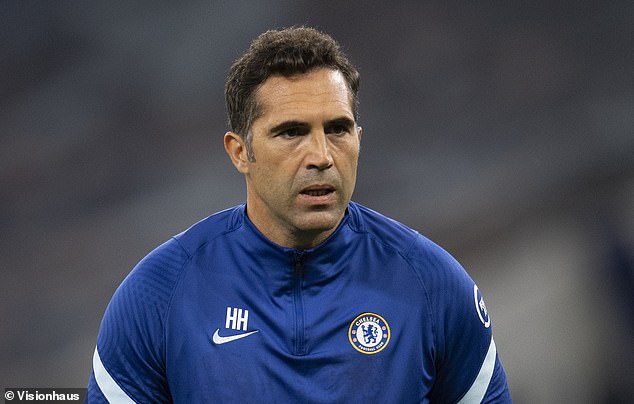 In Portugal, he played 160 top flight appearances over a nine-year period.

See also  The game was right to put a foot on the ball... one weekend without football is not much to ask for

Another member of Potter’s coaching staff making the trip from East Sussex to the capital, Ben Roberts will join Hilario as a goalkeeper coach at Stamford Bridge.

The 47-year-old held positions at Yeovil and Charlton before joining the Seagulls in 2015 and also holds a degree in sports science.

Due to an injury to former Blues stopper Mark Schwarzer, Roberts featured for Middlesbrough in their FA Cup final defeat to Chelsea in 1997. 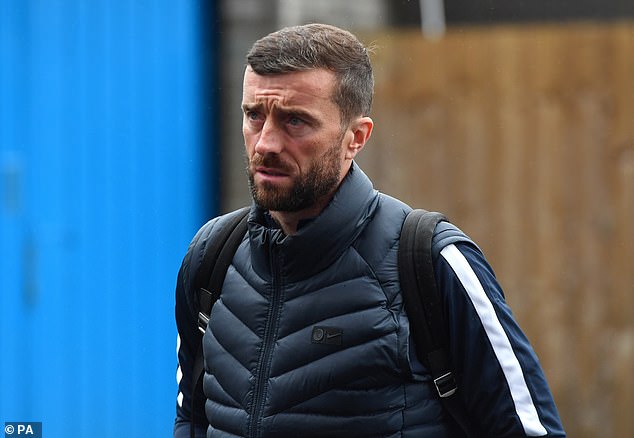 Roberts’ key responsibility at the Amex was nurturing and improving first-choice goalkeepers Mathew Ryan and Robert Sanchez, who each made significant improvements following their respective arrivals at Brighton.

Roberts and Hilario will be tasked with sorting out Chelsea’s goalkeeper conundrum under Potter, with Edouard Mendy out of form and former record signing Kepa Arrizabalaga out of confidence.

‘I’m just really looking forward to working with the goalkeepers here,’ Potter said. ‘Ben’s really enthusiastic about what he does, he’s a fantastic person.’

Finally, recruitment analyst Kyle Macaulay has taken up arms with Potter once again having been with him since his Ostersunds days.

During Macaulay’s time in Sweden with Potter, the Scot reportedly got involved with the manager’s ‘culture academy’ project. although he was most remembered for his rapping rather than his ballet skills. 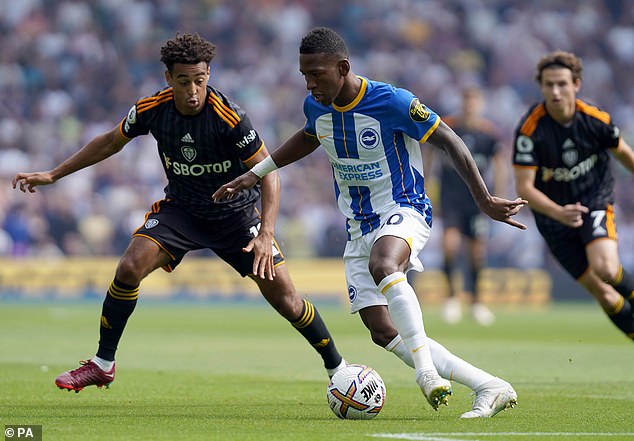 According to Sky Sports, the 36-year-old closed out a rap performance with the lyrics: ‘Scottish born in 1986, not from the streets but the Highland sticks, that’s all I can say to the audience, hey, over and out from Kyle Macaulay.’

Whether it’s finding Todd Boehly the next superstar talent, or animating the dressing room with an Eminem-inspired rap, Macaulay will continue supporting Potter as Chelsea’s new recruitment analyst.