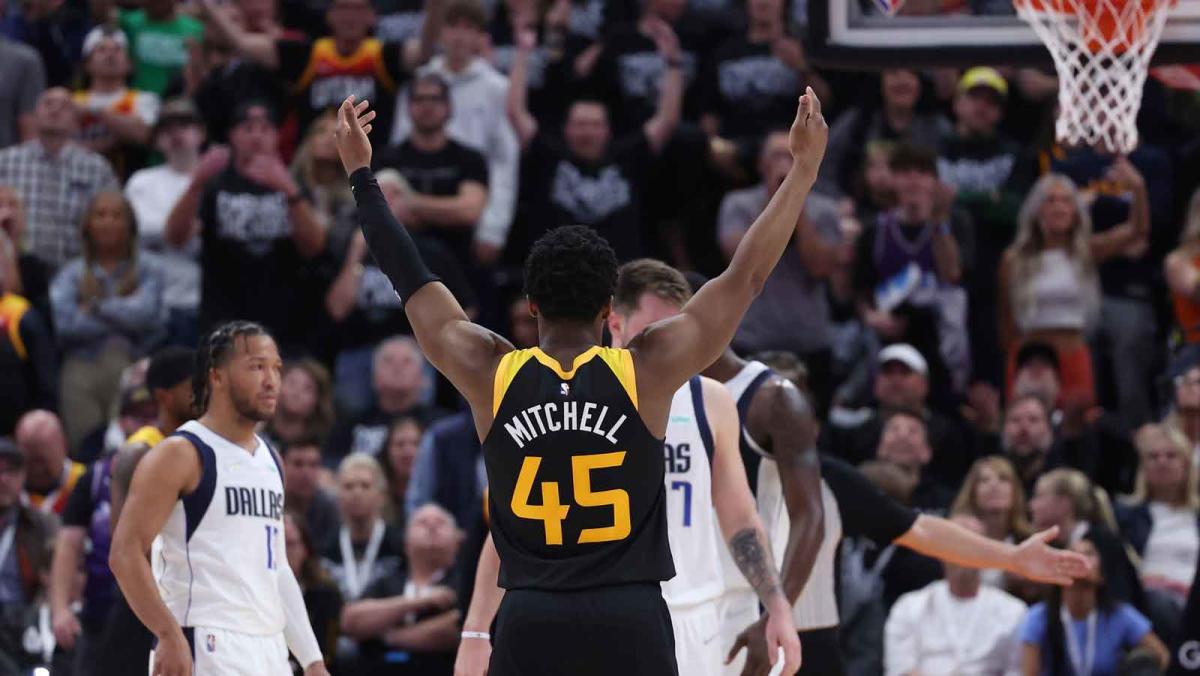 The Cleveland Cavaliers paid a premium for Donovan Mitchell, but the oddsbetters seem to have given the trade their stamp of approval, improving the Cavaliers’ postseason outlook dramatically.

Mitchell, who spent the first five years of his NBA career with the Utah Jazz, was traded to Cleveland on Thursday in a blockbuster trade that included the Cavaliers’ young corps of Lauri Markkanen, Collin Sexton, 2022 first-round pick Ochai Agbaji, three unprotected first-round picks and two pick swaps.

The three-time NBA All-Star has been rumored to be on the trade block since early July when the Jazz traded Rudy Gobert to the Minnesota Timberwolves in exchange for a treasure trove of picks.

Mitchell turns 26 later this week and is seemingly entering the prime of his career. Since joining the Jazz in 2017, Mitchell has played an integral role in two division titles and five straight playoff appearances. He’s heading to the Eastern Conference with lofty expectations and joining a Cleveland squad still searching for its identity in the post-LeBron James era.

The Cavaliers spent the first half of last season quietly running through the Eastern Conference and sitting comfortably in a top-three spot. However, the wheels started to come off a bit down the stretch when they slipped to the No.8 seed and eventually went 0-2 in the play-in tournament.

Vegas seems to agree that Mitchell is a step in the right direction for the Cavaliers this season.

Acquiring Mitchell came at a hefty cost for the Cavaliers, but the odds remain in their favor.

Here’s a look at how the trade impacted their odds this upcoming season, according to our partner, PointsBet:

Editor’s note: All odds are provided by our partner, PointsBet. PointsBet is our Official Sports Betting Partner and we may receive compensation if you place a bet on PointsBet for the first time after clicking our links.