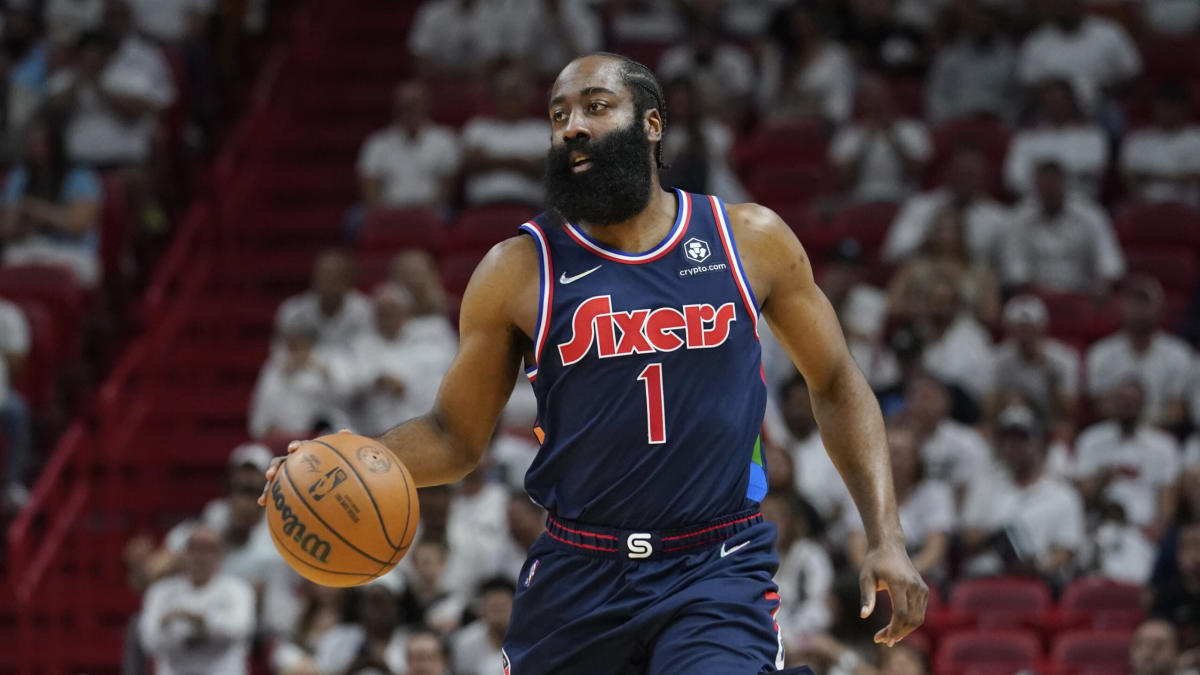 As the Philadelphia 76ers head into the 2022-23 season, there are a ton of expectations placed upon them. The Sixers have a lot of talent on this roster led by Joel Embiid and James Harden and they have a rising star in Tyrese Maxey.

The team also made quite a few solid offseason additions that figure to fit really well around their stars. The team needed more shooting and toughness and that is what the front office went out and got for the roster.

Despite all of that, there is one huge factor that will decide Philadelphia’s success: The Beard.

How Harden bounces back is the biggest question the Sixers have to answer in the 2022-23 season per Bleacher Report as they put it:

Last season, James Harden averaged his fewest points since becoming a full-time starter in 2011-12. His 41.0 field-goal percentage was his lowest since his rookie year. His 33.0 three-point percentage was the worst of his career.

So, what happened? Was the now-33-year-old finally showing his age and struggling to compensate for a burst forever lost to the history books? Or were these merely the unsightly markings of a hamstring issue that pestered him in parts of the past two seasons?

If this was injury-related, then it’s something he can overcome. If he’s simply on the decline, then Philly’s championship formula may never compute.

There is no question that Harden is the key to the Sixers and their success in the upcoming season. Philadelphia knows what they will get out of Embiid and the others, but The Beard needs to be able to at least get close to who he was before for the Sixers to get to a championship.