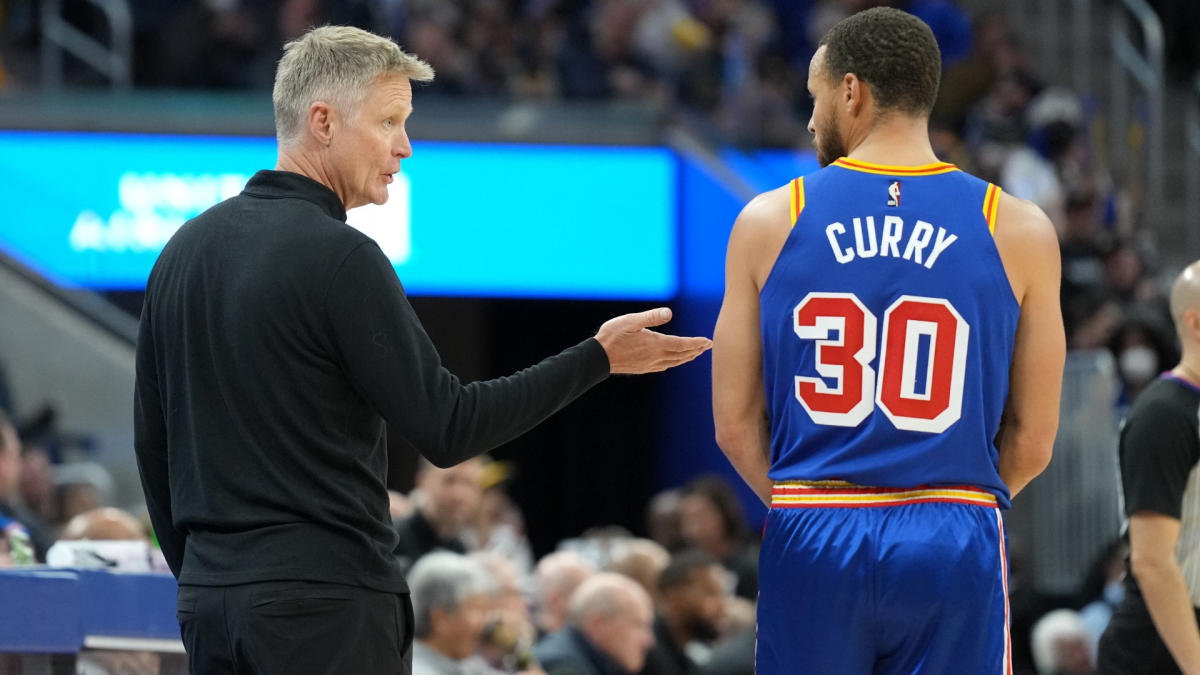 Steph Curry is entering the final years of his NBA career. That doesn’t mean his performance will fall off, but with the Warriors star in his mid-30s, how he takes care of himself is crucial.

Curry will be 35 toward the end of the 2022-23 NBA season. As a result, Warriors coach Steve Kerr knows that if the team wants to prolong the guard’s prime years, it has a role to play in helping Curry remain in top shape.

The first thing the Warriors have done to assist Curry is making sure he and the rest of his teammates have the resources to build routines that ensure they stay in game shape.

“I think a player extends his own prime by keeping himself in amazing shape like Steph does,” Kerr said on the latest edition of “Dubs Talk” in an interview with NBC Sports Bay Area’s Kerith Burke. “Then we try to provide the resources that he needs in order to do so. We have an incredible performance team with Rick Celebrini and his group, and Steph works closely with them to build his routine all year long and in the summer.”

Additionally, the Warriors have a lot of depth at the guard position, and with Jordan Poole’s emergence, Curry doesn’t need to be on the court for long periods.

If the Warriors are going to win back-to-back Larry O’Brien championship trophies, they need a fresh Curry ready to go in April.

“I think as a staff, the more we can do to limit Steph’s minutes at key times,” Kerr said. “He just should not be playing 38 minutes every night. But in the playoffs, you got to do what you got to do.

“So we have to pace him and try to help him through the regular season. We’re with the staff and help him lengthen that time of his prime.”

Curry is trying to follow in the steps of Los Angeles Lakers star LeBron James, who, at 37, remains one of the NBA’s top players. While the Lakers struggled last season, it wasn’t due to James’ performance falling off a cliff.

If the Warriors star can emulate James, then fans can expect Curry to remain at his best even as he approaches his late 30s.