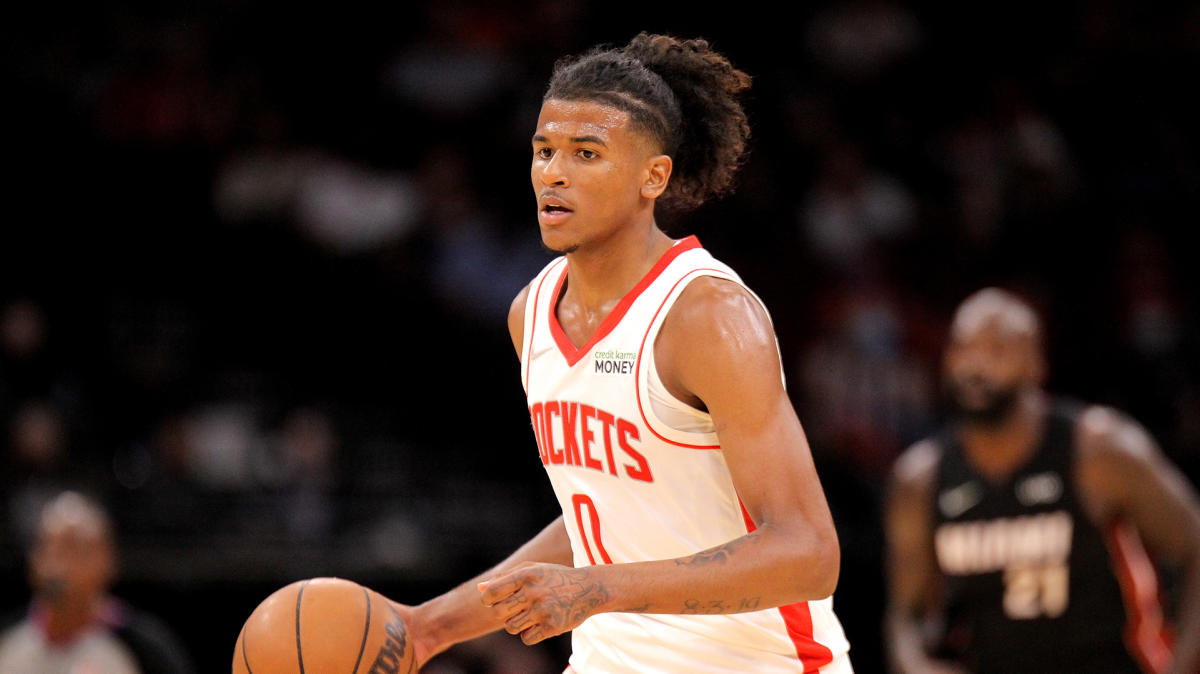 The Houston Rockets will have a new look when they step on the court for the upcoming 2022-23 NBA season. The team unveiled a new uniform that incorporates a new color scheme for their 2022-23 Hardwood Classic edition uniforms.

The green-and-gold uniform honors the franchise’s past and pays homage to the team’s inaugural season in San Diego in 1967-68.

The Rockets were an expansion team in San Diego during the 1967-68 season and played there until 1971. After moving to Houston, the team created its red-based color scheme.

But “that thread wasn’t always red,” said narrator Tobe Nwigwe in a video on the Rockets’ team website. “Space exploration teaches us to boldly move forward, a common thread between both cities. As we move forward to the next generation of Rockets basketball, we bring back a classic to reflect where we came from.”

Returning to the classic gold and green look is said to also be a nod to a few San Diego-era stars like Hall of Famers Elvin Hayes, Calvin Murphy, Pat Riley and Rudy Tomjanovich, who memorably donned green and white during their respective careers.

Now, with this new look, the Rockets have locked in five uniform sets that they will rotate for the upcoming season: Red Icon Edition, White Association, Black Statement Edition, Blue City Edition and the newly added green-and-gold Hardwood Classic.

Other NBA teams have begun releasing their own statement jerseys with “old-school nods” and others are waiting to be released.

The Rockets kick off the regular season on Wednesday, Oct. 19. The team has not released a schedule for which the new uniforms will be worn during the 2022-23 NBA season.