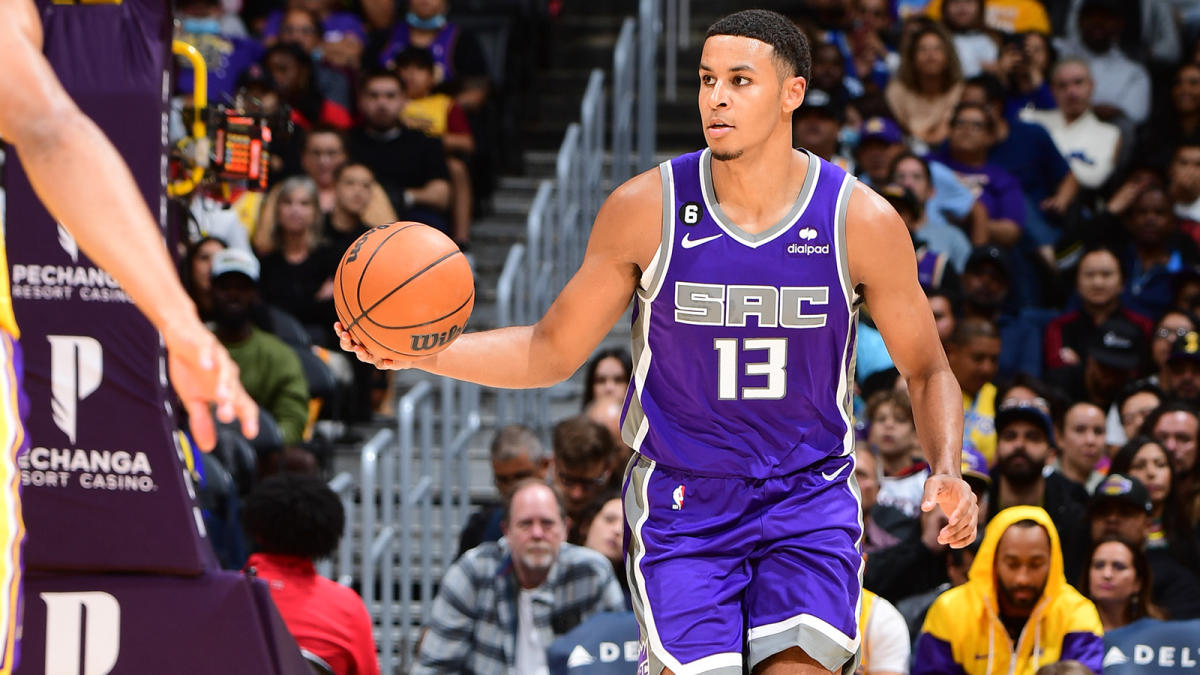 It was a bit of a surprise when Keegan Murray, the No. 4 overall pick of the 2022 NBA Draft, wasn’t in coach Mike Brown’s starting lineup Monday night in the Kings’ 105-75 preseason win over the Los Angeles Lakers.

Instead, it was defensive standout KZ Okpala getting the starting nod.

When the rookie did see the floor, however, he was met with an arduous assignment — guarding LeBron James.

“Surreal experience,” Murray said after the game (h/t Mark Medina). “I remember before I checked in, they were like, ‘You are going to guard LeBron.’

“I was up for the challenge. You don’t get to hear that every day. It was a cool experience for me; I’m excited to compete with him in the future.”

Murray was up for the challenge, indeed.

In 21 minutes, Murray led all scorers with 16 points on 7-of-11 shooting while also tallying six rebounds, two steals, and one assist.

Even though it was just a preseason test, the spotlight was brighter at Crypto.com Arena than it was in Murray’s seven summer league games.

Murray displayed the same cool demeanor Monday that he debuted in a Kings uniform this summer.

“Being poised like that … it slows the game down for him,” Brown said after the game (h/t Mark Medina). “Most rookies, especially being picked that high, they just want to prove that they deserve to be picked that high, so they’re playing hard and fast, fast, fast. He’s playing hard, but that poise helps him read the game on both ends really well for a young guy.

Aside from Murray’s spectacular preseason debut, Richaun Holmes and De’Aaron both scored in double figures with 10 points apiece.

RELATED: Barnes explains his excitement to be with Kings this season

The Kings return to the court Sunday to host the Portland Trail Blazers at Golden 1 Center.