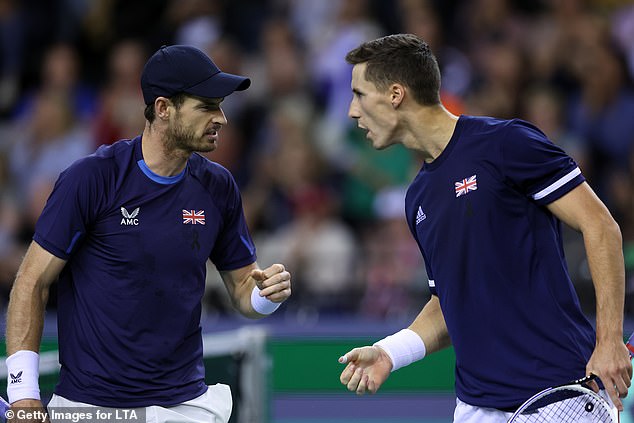 The Davis Cup squad hailed as Britain’s strongest in decades came crashing to earth on Friday night after making an abrupt exit from the competition.

GB were ousted from the qualifying group for November’s World Finals at the earliest opportunity with a 2-1 defeat to Holland on a hugely deflating evening in Glasgow. The score was the same against the USA, and their fate was sealed.

Playing on his home turf there was bitter disappointment for Andy Murray, whose fiftieth rubber representing his country saw him flounder in the deciding doubles defeat.

The 35 year-old Scot and world No 1 Joe Salisbury lost their second straight rubber of the week, going down 7-6, 6-7, 6-3 to Wesley Koolhof and Matwe Middelkoop.

For Captain Leon Smith it amounted to the bleakest result in the twelve years he has held the job, albeit tight outcomes against decent opposition. Unsure of his optimum doubles pairing, it turned out not to be last week’s US Open champion and his one-time banker, the older Murray brother.

Having clawed their way back in after saving a match point in the tiebreak, the double Wimbledon champion missed a brace of forehands on two set points in the third when it most mattered. It looked pivotal and that proved to be the case.

A despondent Murray later said he wished he could have those back: ‘When you get to my age you don’t know how many opportunities you will have to be part of this team. I’m sad about that,’ he added. 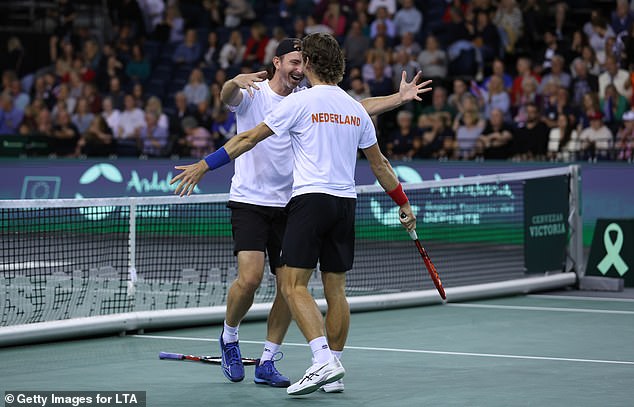 Smith was equally disconsolate but denied he had regrets about selection: ‘We came here with high expectations. We played some good matches but we had some opportunities,’ he said.

Salisbury had defeated Koolhof last Saturday in the final at Flushing Meadows, but you might not have known it, with the Dutchman outplaying him as part the more cohesive pair on court.

The Captain went with Murray, despite him having played only two doubles events in the past three years. That was in preference to world number three Neal Skupski and also Dan Evans, who has become increasingly strong in the two-man code.

When the first tiebreak last night the Brits could never get back into it after Murray lost his first two serves, and the emphatic 7-0 scoreline sent them into the second with all the momentum.

The well-prepared Dutch, serving consistently to Salisbury’s backhand, continued to be the better team but GB just about managed to reach the tiebreak. 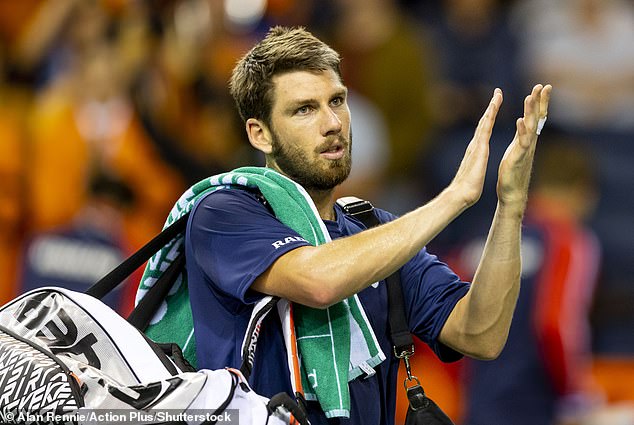 They had a match point at 5-6, saved by a service winner from Salisbury, and then despaired as unfortunate net cord saw the home team clinch it 8-6.

Then came the key point in the decider when Murray, whose nerve is not what it once was, missed the two forehands at 3-3. The Dutch went on to break from there and won the last ten points. Britain left facing a dead rubber on Sunday against Kazkahstan.

Earlier Evans had put in a contrasting performance to Cam Norrie to ensure that the decider was needed.

Evans defeated Dutch number two Tallon Griekspoor 6-4, 6-4, but in a reverse of the USA match his good work was negated by an edgy Cam Norrie, who fell 6-4, 6-2 to world number 25 Botic Van der Zandschulp.

There has been plenty of encouragement for the British game at elite level this year, which makes this performance from a well-prepared team all the more jarring.