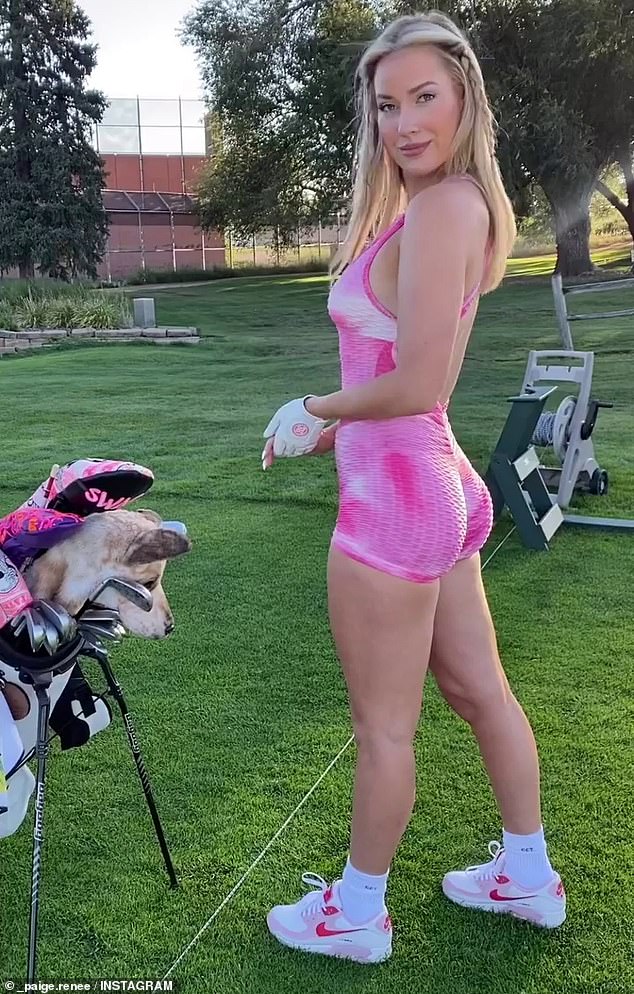 Former professional golfer Paige Spiranac has slammed men who branded her ‘fat’ after she posted a shot of herself to Instagram by writing a classy message in which she laughed off their insults.

Named the World’s Sexiest Woman by Maxim magazine earlier in the year, the 29-year-old hit back at online trolls after she posted footage of her teeing off on a golf course dressed in a pink one-piece outfit.

Spiranac displayed her trademark sense of humour before letting her followers know how difficult it is for her when people .

‘Honestly, the amount of men calling me “fat” on this post is next level lol,’ she wrote.

‘I’ve had to delete so many comments, which I almost never do. 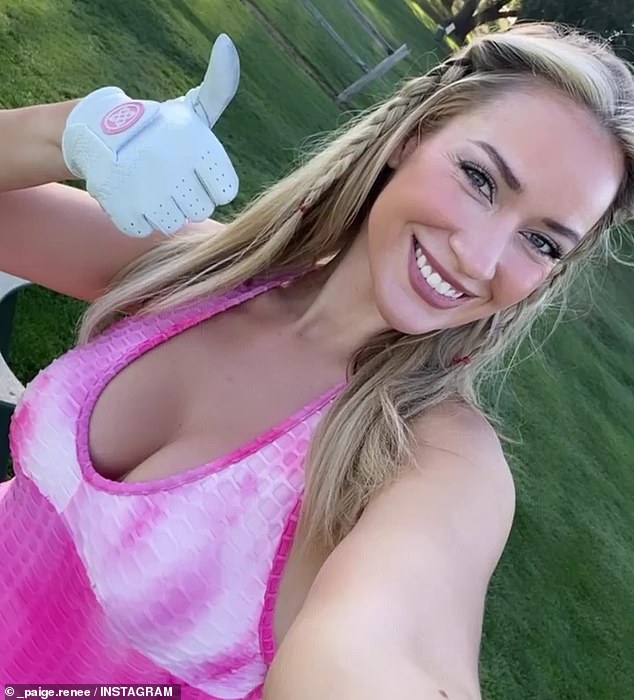 Spiranac asked her legion of male fans to tell her about their body insecurities, writing: ‘I don’t think it’s talked about enough how men are also body shamed’

‘I know my body is a big part of my brand and that comes with the territory, but it’s hard to maintain my ideal weight all the time for year after year.

‘I have to work very hard in the gym and with diet. It doesn’t come naturally to me. It can be defeating when people call out my body insecurities.’

After telling her 3.6million followers that she wants to share her fitness and eating plans with them because they undoubtedly feel the same pressure to look a certain way, Spiranac revealed she used to work out to ‘look good’ but now trains to ‘feel good’ instead.

She wasn’t limiting her concerns over her fans being fat-shamed to women, either.

‘I know I have a male-dominated audience and wanted to open up the floor to hear about your experiences with body insecurities,’ she wrote.

‘I don’t think it’s talked about enough how men are also body shamed. We all feel the pressure to look a certain way.’

It’s far from the first time Spiranac has taken the high road after being insulted online. 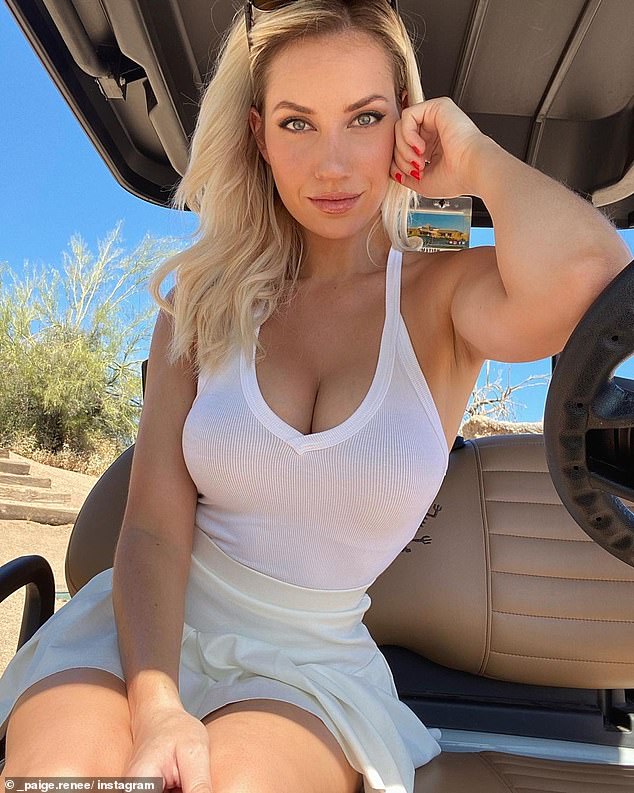 In June a troll tweeted, ‘No One in the Golf World Cares About Paige Spiranac’s Views! A Boob Job Does Not Make You a Wise Sage!’

She replied by quoting a famous line from the hit TV comedy Seinfeld: ‘They’re realy and they’re spectacular.’

It comes from an episode in which Jerry Seinfeld’s friend Elaine believes his new girlfriend – played by Teri Hatcher – has breast implants. She leaves Jerry and hits him with the quote on the way out the door.

When she took out top spot in Maxim’s sexiest woman poll, another commenter wrote: ‘@PaigeSpiranac has a horse head. Honestly. Dude has a long face,’ the commenter wrote. 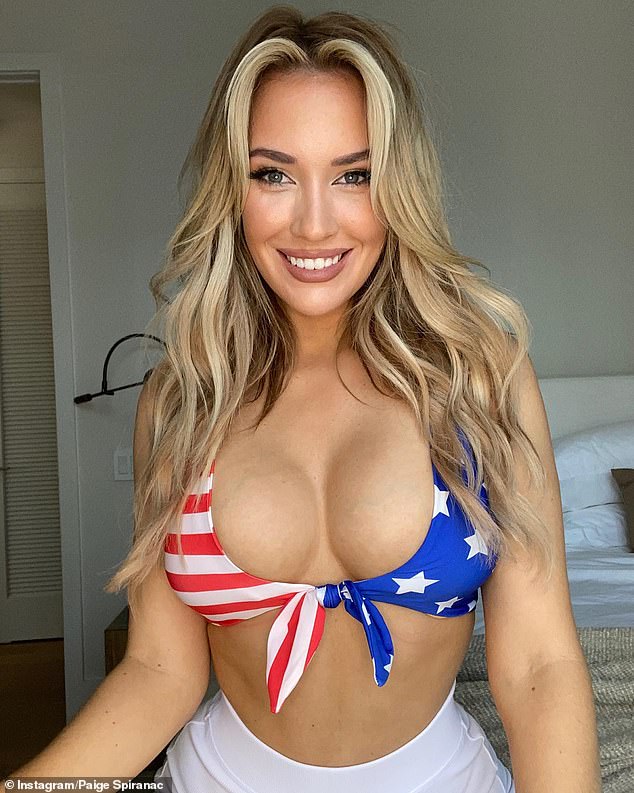 The golfer responded by posting a picture from her Maxim shoot with a horse’s head Photoshopped in place of her own and the caption ‘Seabiscuit Spiranac’, referring to the famous American racehorse.

Spiranac – who had her first win as a professional in 2016 and missed out when she attempted to qualify for the LPGA tour in August of that year – has amassed an incredible following online, where her golf tips and glamorous posts have made her a social media superstar.

See also  What Is The TGL? Tiger Woods And Rory McIlroy's New Golf League That Is Set To Begin In 2024

She has also hit out at Aussie golf legend Greg Norman’s controversial LIV breakaway competition, which is backed by mountains of Saudi Arabian cash.