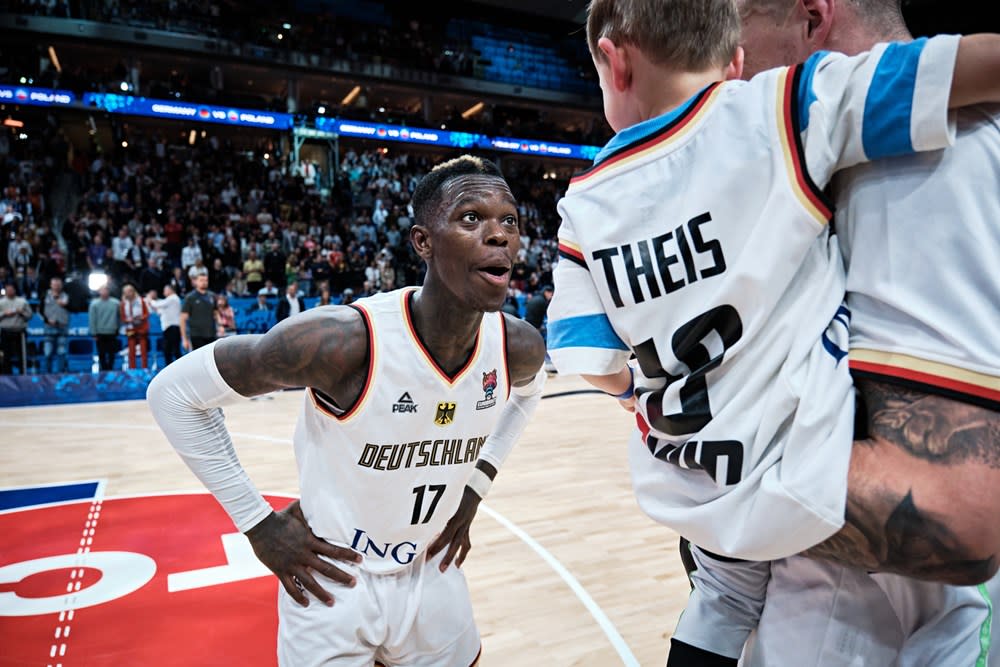 The German National Team has won the European Basketball Championship bronze with an 82-69 victory over the Polish National Team in Eurobasket medal play on Sunday afternoon, the win driven by Boston Celtics alumnus Dennis Schroder.

The German floor general had another excellent game for Germany, putting up 26 points, a rebound, 6 assists, and a steal in just under 33 minutes of floor time. Schroder shot a very good 7-of-10 from the field overall, 4-of-7 from 3, and 8-of-9 from the charity stripe. Fellow Boston alum Daniel Theis added another 9 points, 6 boards, an assist, and as many steals in the win, shooting a more modest 3-of-7 from the field, 1-of-2 from deep, and 2-of-3 from the line.

The victory gives the German National Team its first medal in the Eurobasket since 2005, when Germany won silver.

“That’s pretty tough, (because) we were so close to this bronze,” said Poland’s leading scorer Michal Sokolowski via Eurohoops.

Can the Boston Celtics handle the pressure of being NBA title favorites?

Is there more than we know to Wyc Grousbeck’s claim the Boston Celtics are overrated?

Who will rule the NBA’s Eastern Conference at the end of the 2022-23 season?

What might the Boston Celtics have in rookie two way guard JD Davison?

What will the order of the Eastern Conference look like in the 2022-23 NBA season?