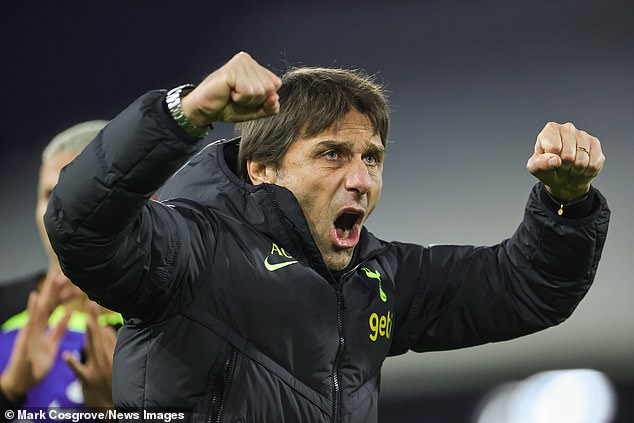 ‘The idea that Spurs haven’t supported Conte is a MYTH’: Gary Neville baffled by the ‘dark clouds’ over Tottenham as he insists they’re doing ‘really well’ under the Italian after 1-0 win at Fulham

By Michael Rudling For Mailonline

Gary Neville has expressed his confusion at the ‘dark clouds’ hanging over Tottenham this season and insisted the club have backed manager Antonio Conte in the transfer market.

Spurs put an end to a poor run of form on Monday with a win over Fulham, as Harry Kane drew level with Jimmy Greaves in the all-time list of Tottenham goal scorers as he curled in the only goal of the game.

It came after a worrying run that saw Conte’s men concede 21 goals in 10 games, as they began to fall away from the Champions League places. 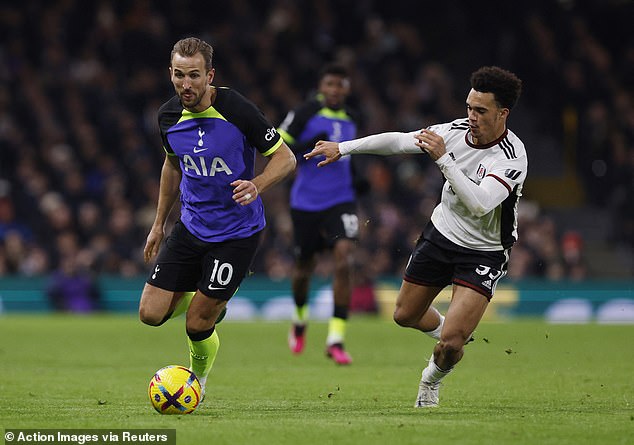 Despite their mid-season wobble, the north London side are now just three points off fourth-placed Manchester United and are still in the Champions League and FA Cup.

In Neville’s eyes, Spurs are in a good place and should be happy with where they are this season, as he told Sky Sports: ‘I think Tottenham are very lucky to have Antonio Conte. He got them into the Champions League last season, he’s done the job they wanted, they’re only a few points off the top four.

‘They’re playing AC Milan in a few weeks time, they’re in the FA Cup, I’d say they’re on track. They need to see what an opportunity they have here to have a great season.’

The pundit also spoke about how Tottenham is the best place for Conte to be, as he continued: ‘What job is he going to get currently that is better than Tottenham Hotspur? 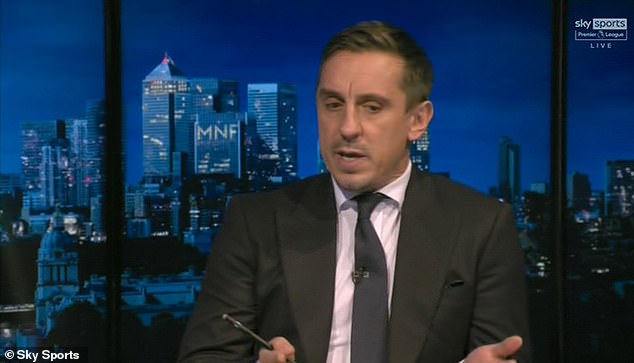 ‘They’re in the Champions League, they’ve got the most unbelievable stadium in European football, and he’s been given £200 million in two windows, so the idea that Spurs haven’t supported him is wrong, it’s a myth.’

In terms of forging a way forward, Neville felt it was time for Conte and Spurs Chairman Daniel Levy to banish the ‘dark cloud’ that has been hanging over them and avoid unneeded ‘confrontation’.

‘I think both of them should go and shake hands tomorrow and sign a two-three year deal,’ he said, ‘because it feels liken they’re wondering down the road aimlessly as if they’re not mates. Why would they not be mates?’

Neville also argued that comparing Tottenham’s spending or progress with rival clubs was not helpful, as Man United had “panicked” and “overspent” at the start of the season, while Chelsea were ‘as chaotic as it gets’. 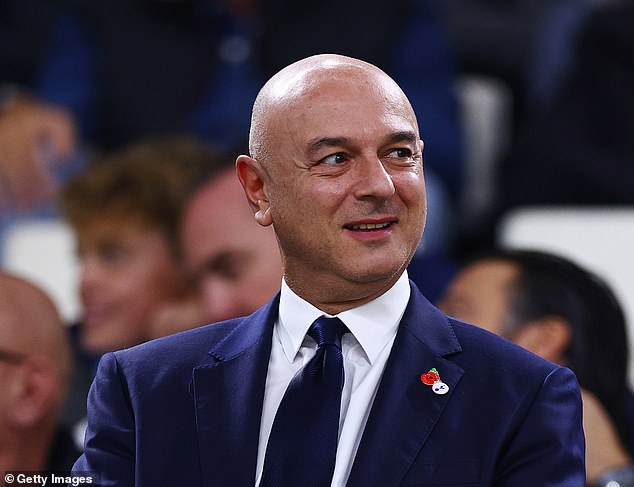 On Spurs’ north London rivals, he added: ‘Conte’s not done the job that Mikel Arleta’s done this season with his squad, but Arteta’s done an unbelievable job, he’d shocked us all.

‘It’s going really well at Tottenham, I’d say they’re on track for where I thought they’d be.’

Tottenham did suffer a 2-0 defeat by Arsenal after pipping them to fourth place last season, and followed it up with a 4-2 loss to Man City on Thursday after initially leading 2-0.

Conte’s men will be hoping to build on their Fulham win when they are next in action against Preston North End in the FA Cup.