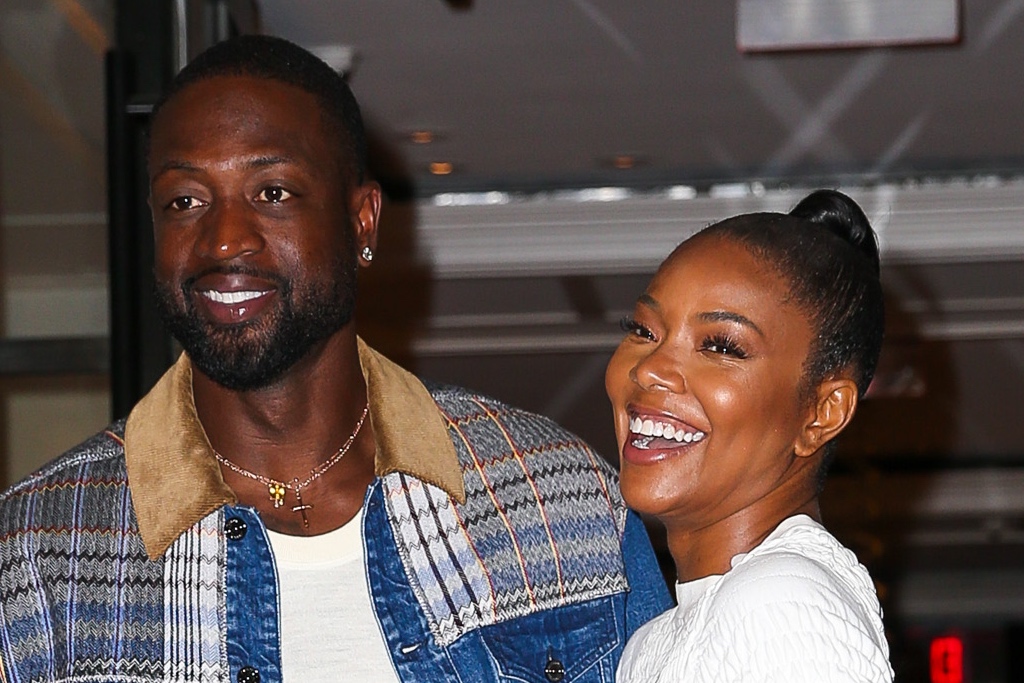 Gabrielle Union made a comfy fashion statement while she watched her husband Dwayne Wade taking their kid off to school.

The actress snuggled up in matching loungewear to send Wade off with their 3-year-old daughter Kaavia Wade. Union wore a gray plush robe to pose with her family. Her comfy cover-up sported her nickname ‘Gab’ on the left side in white lettering with turquoise lining. The actress slipped on turquoise fuzzy slippers to match her custom embroidery.

For this wake-up look, Union sported her dark brown hair in braids and a bare face. The actress has been sporting this natural look since her #WadeWorldTour2022 around the world. The couple spent the summer touring the European Coast on a yacht.

Union just got back to work when she and Wade attended the Toronto Film Festival on Sept. 8. The actress presented her newest film ‘The Inspection’ at the festival in Ontario last week. Union-Wade plays Inez French, a mother that rejects her gay son which leads him on a journey to join the Marines. The film will be released in theaters on Nov. 18.

Even with the launch of a highly anticipated film and getting her daughter ready to start preschool, Union still makes time for her own fashion venture with clothing company New York & Company. She recently launched a new fall collection with the brand that features colorful powersuits in brown, red, green, yellow, light blue, and black. The line is available for purchase on the company’s website.