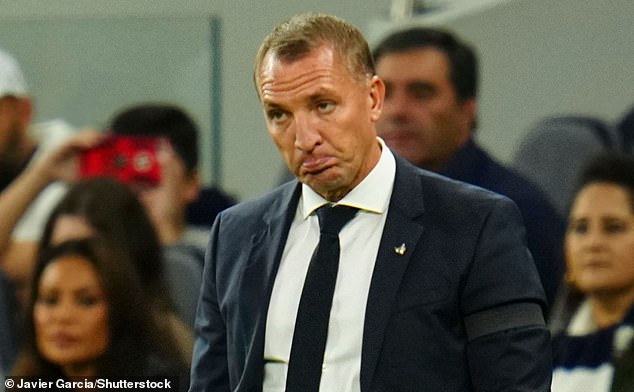 ‘Enough is enough!’: Furious Leicester fans call Brendan Rodgers to be SACKED as winless start to the season continues with 6-2 thrashing by Tottenham… with Foxes ‘defensively shambolic’ and confidence ‘at rock bottom’

Leicester City fans are fuming with Brendan Rodgers and are calling for the manager to be sacked by the club’s board following the defeat to Tottenham Hotspur.

The Foxes had taken the lead against Spurs through a penalty from Youri Tielemans only to fall behind after conceding goals to Harry Kane and Eric Dier.

James Maddison did score an equaliser for the side but a second half collapse saw them let in four goals as Rodger’s side lost 6-2 at the Tottenham Hotspur Stadium.

The heavy scoreline meant Leicester have conceded at least five goals in successive top-flight matches for the first time since September 1980.

The defeat leaves the east Midlands side rooted to the bottom of the Premier League table with only one point having lost six of their opening seven matches to the season.

The Foxes have had success in recent times having played in the Europa Conference League semi-final last season as well as winning the FA Cup in 2021. 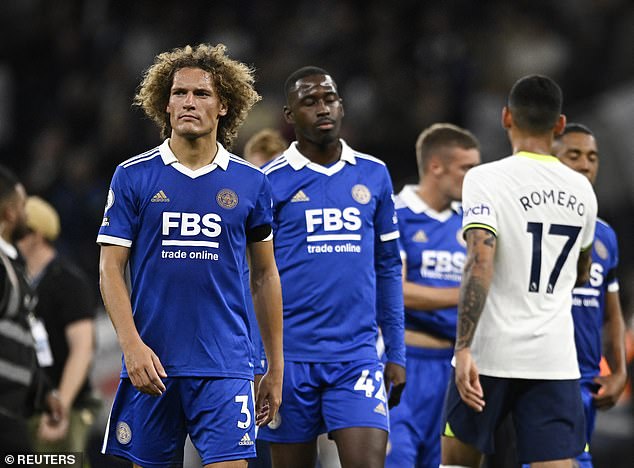 But the downturn in form has left fans furious as they are demanding change at the club and are keen to see the northern-Irish manager leave his position at the King Power Stadium.

One said: ‘Suspect that Rodgers will be sacked after this debacle. Eleven goals conceded in two games would be embarrassing enough for a promoted club but for a club that won the FA Cup only last year and played in a European Semi Final earlier this year…yikes.’

Another said: ‘F**k this s**t had enough! Rodgers out now!!! If don’t agree unfollow now and hold your bull s**t dreams!!’

A third tweeted: ‘I really can’t see how Brendan Rodgers survives 6 defeats in a row, especially in the manner of how it’s happened. Defensively shambolic.

‘Decent going forward but isn’t enough. Confidence is at rock bottom. These aren’t bad players. I still firmly believe that.’ 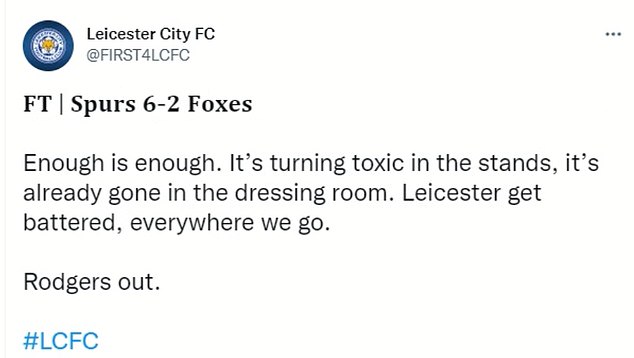