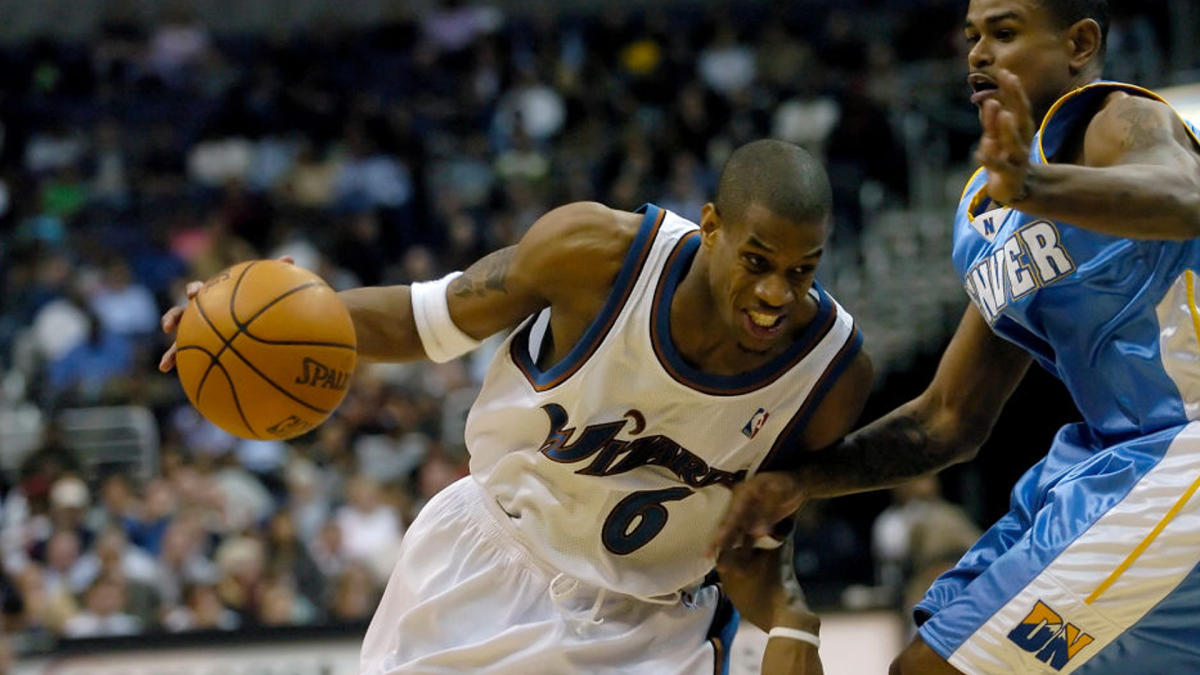 Ahead of the Wizards’ contest with the New Orleans Pelicans on Monday night, from Wizards Antonio Daniels stopped by the pregame show to reflect on his time in D.C. Daniels played three seasons for the Wizards from 2005-08, scoring over 6,000 points, while having great chemistry alongside the original ‘Big 3’.

Daniels is the current color broadcast analyst for the Pelicans. Although Daniels is currently in the New Orleans organization, he has had nothing but ongoing love for the Wizards’ and the city of Washington D.C.

In his 13-year NBA career, Daniels played with some all-time greats by the names of Tim Duncan, David Robinson, Ray Allen and even Chris Paul. It is Gilbert Arenas, though, who stood out to Daniels the most out of all his teammates he has ever shared the court with.

Daniels would continue to dissect the current Wizards roster – as is his job as an assistant coach. He weighed in on the current approach Wes Unseld Jr. has with starting two big men in Kristaps Porzingis and Daniel Gafford.

Daniels is impressed with how the two do a really good job of rim-protecting together. Even though Porzingis is a big man, Daniels likes how he can turn and face and knock down the 3-point jumper. He went on to credit Gafford’s athleticism, explosiveness and ability to run the floor.

“When you match those two together, now it really comes down to putting guys around them whose skillset compliment what [Gafford], Bradley Beal and what Kristaps Porzingis bring on a night-to-night basis.”

Daniels continued his analysis of the Wizards roster. For many, that starts with their superstar Bradley Beal who recently signed a five-year, $251 million extension to stay with the team that drafted him.

“For me, it’s about loyalty and in today’s NBA that’s a very subjective word, depending on who you’re talking to and how it’s viewed.”

Daniels believes it says a lot about Beal’s character to stay loyal to his teammates and city. Washington D.C. is somewhere where he believes Beal wants to be and it’s up to the Wizards’ coaching staff and front office to be able to put those winning pieces around their franchise player.