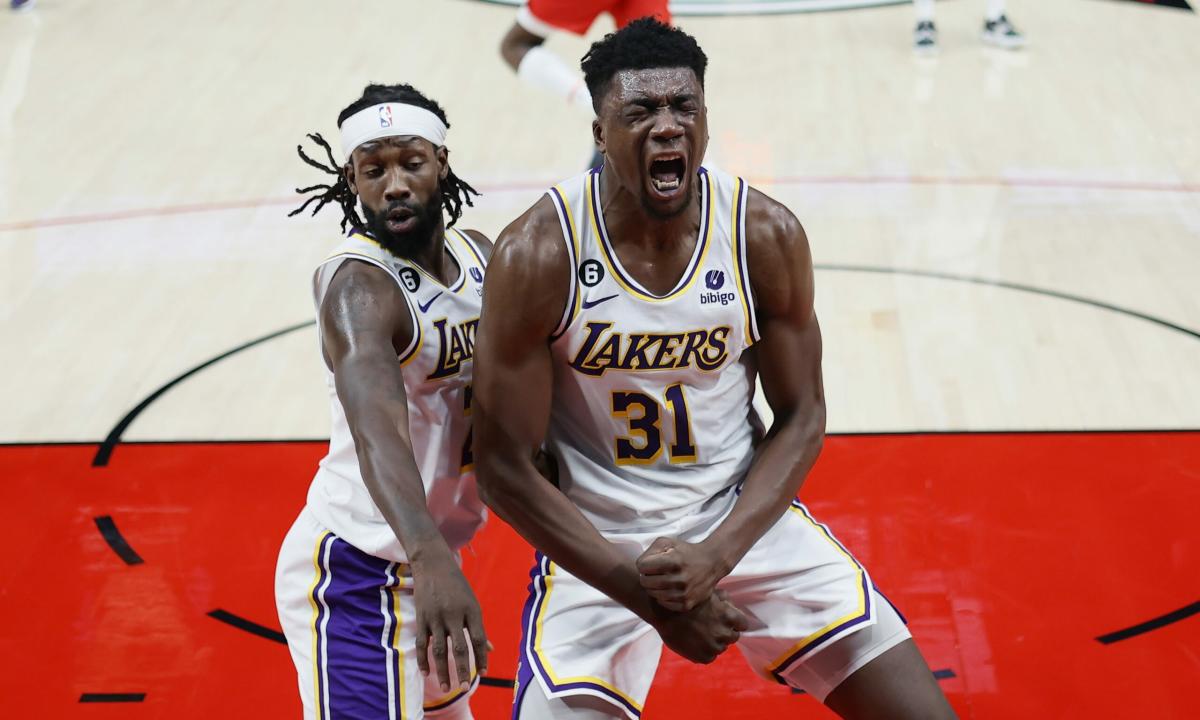 As they did on Friday against the Memphis Grizzlies, the Los Angeles Lakers fell behind on Sunday to the Portland Trail Blazers by a sizable margin.

This time, they trailed by 25 points at halftime, and it looked like they were on their way to a humiliating defeat after being outscored by 32 in the second quarter.

But L.A. showed some true grit and determination by charging back in the third period, and before the Blazers knew it, their lead disappeared in the final frame.

Behind big games from LeBron James, Dennis Schroder and Thomas Bryant, the Lakers topped Portland, 121-112, for their second consecutive victory.