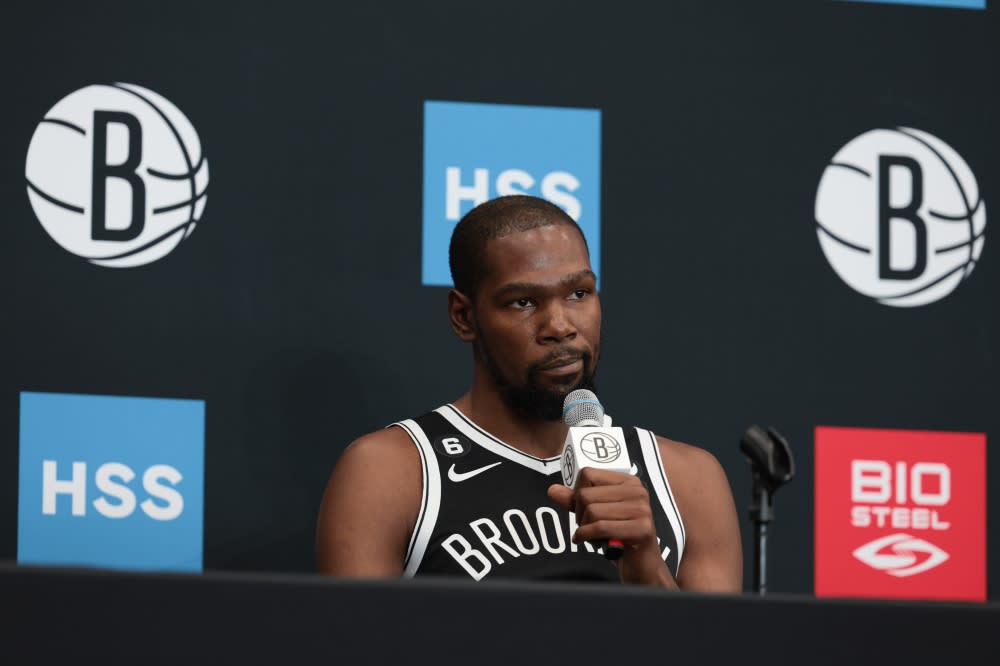 The Brooklyn Nets are facing another championship-or-bust season with Kevin Durant returning following a turbulent offseason – but according to ESPN, we shouldn’t expect the Nets to be fighting for the top seed in the Eastern Conference.

ESPN’s Kevin Pelton projected the win total for every team in the NBA using his own analytical formula – and according to Pelton, the Nets aren’t likely to live up to expectations in the regular season.

Pelton has the Nets winning an average of just 45.6 games, which would be good for seventh place in the East. The Celtics are projected to have the best record in the conference with an average of 53.9 wins, followed by the Bucks, 76ers, Raptors, Hawks and Heat.

“Even on paper, my projections aren’t impressed by this Nets group after a disappointing 2021-22 season. Star forward Kevin Durant is forecast for just 51 games after playing 55 last season, while none of Brooklyn’s role players alongside Durant, Kyrie Irving and Ben Simmons projects as better than league average.”