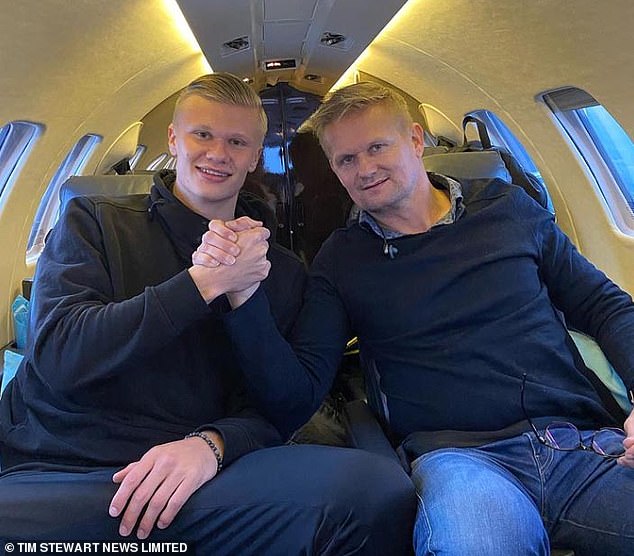 Erling Haaland has revealed one of the secrets of his success – his dad Alfie’s lasagne.

Haaland’s third hat-trick in a row at home helped Manchester City thrash neighbours United 6-3 at the Etihad on Sunday and took his total for the season to 17 goals in 11 games.

Former City player Alfie was at the match to celebrate his son’s latest heroics, and the 22-year-old striker believes a secret ingredient in the lasagne is helping him to gobble up the goals. 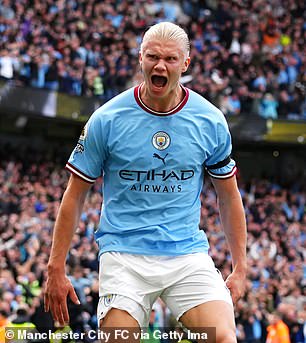 ‘I’ve had it before every home game now and that turns out fairly well, so there has to be something special he adds to it,’ said Haaland.

‘I help out very little. I mostly lie on the couch watching him. That’s the way it works.’

Haaland says he sensed the hunger among City’s players to destroy Manchester United after he provided two assists to help Phil Foden celebrate a hat-trick of his own.

‘Before the game and in training on Friday, I felt a hungry club that wanted to attack this game which is exactly what we did,’ added the Norwegian who describes the chemistry between Pep Guardiola’s squad as ‘insane’.

‘We were with the national teams (last week) playing different games. We came back Thursday for training and I didn’t do a lot, but it was Friday when I felt it.

‘I came to the training ground, and I felt something special was going to happen.

‘It is hard to explain, you have to experience the feeling and the energy around. It was special and we showed this.’ 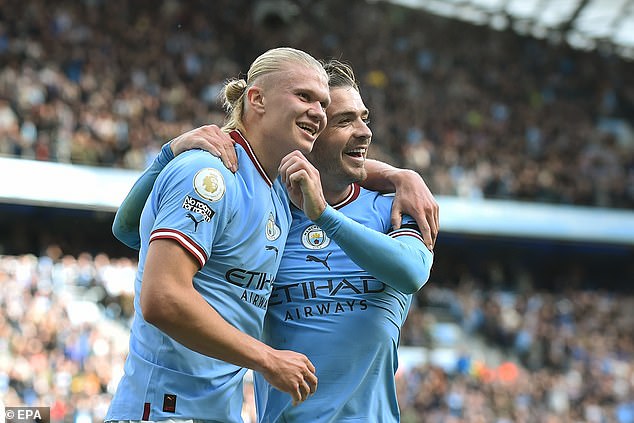