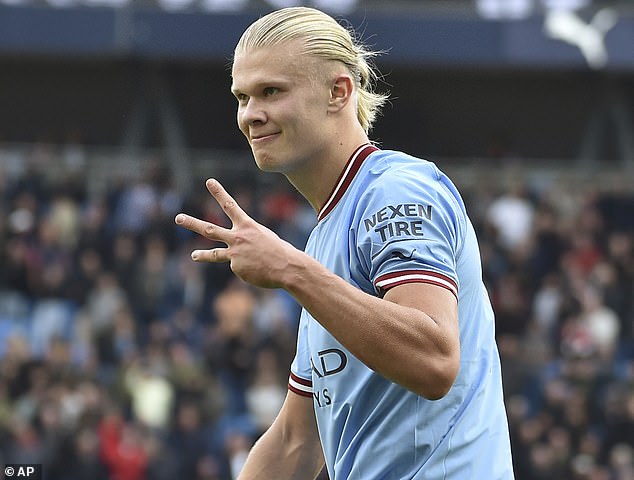 By Sam Mcevoy For Mailonline

Erling Haaland joined an elite list of footballing royalty after he was awarded a 10 out of 10 rating from L’Equipe for his brilliant hat-trick and two assists in Manchester City’s dominant 6-3 win over bitter rivals Man United.

The Norwegian striker has become only the 14th player in history to get the notoriously rare score from the French paper for his heroics in the Manchester derby.

The 22-year-old joins the likes of Kylian Mbappe, Neymar and Robert Lewandowski, as well as Lionel Messi – who has earned the honour twice – in getting perfect marks. 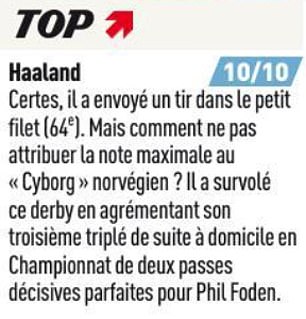 Haaland was the centre of attention on Sunday, given it was his first game against Manchester United – a fixture he picked out as one he was most looking forward to playing in after joining City.

He was right to do so, given how much freedom City were given to run riot at the Etihad against their bitter rivals.

Phil Foden broke the deadlock with a superb finish early on before Haaland doubled the lead with a towering header from a corner shortly after.

Haaland then doubled his own tally not long after that, getting his studs onto a brilliant through ball from Kevin De Bruyne to leave United scrambling.

Foden then got his brace minutes before the break, with Haaland setting him up before they both completed their hat-tricks in the second half – seeing Haaland once again set up the England international for his third. 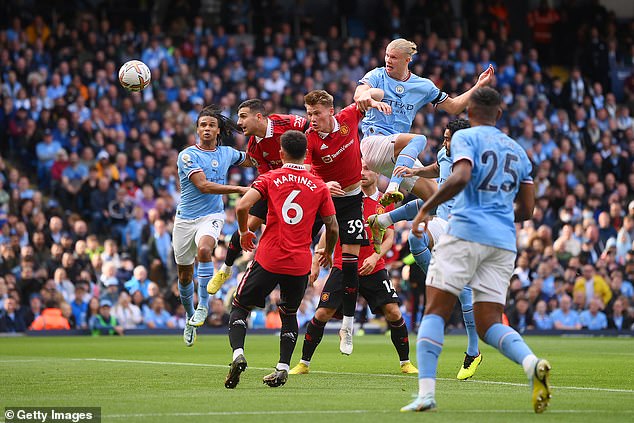 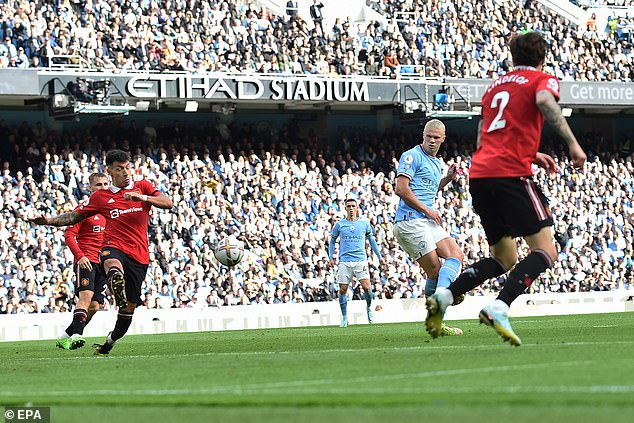 Even more impressively, it is Haaland’s third successive hat-trick at home for City, making him the first player in Premier League history to do so.

Speaking to Sky Sports after the game, the striker said: ‘Yeah, not bad! We scored six goals! What can I say. It’s amazing.

‘You can feel it all the time. You can see the passes we give each other. We always want to go forward and to attack.

‘It’s what I love about the team. In the end, it’s amazing. There is nothing more to say.’

And his efforts have been recognised far and wide with L’Equipe giving him the best possible score. 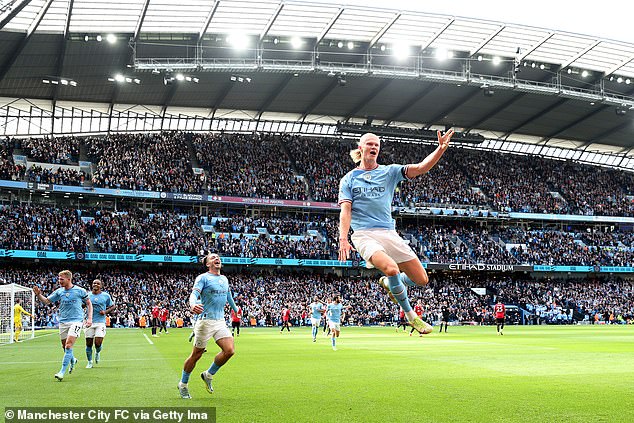 French publication L’Equipe are notoriously picky when it comes to player performances and do not give high marks to players too easily – often severely punishing players with dreadfully low scores if they do not meet par.

But they could not find any fault with Haaland as he, and Foden, walked away with the match ball on Sunday afternoon.

Messi is the only player in history to have achieved the rating twice, getting it against Arsenal in 2010 and again against Bayer Leverkusen two years later.

Alban Lafont was the most recent player to have been awarded a 10/10 before Haaland, with the Frenchman becoming the third goalkeeper in history for getting the score for his efforts against PSG last season.