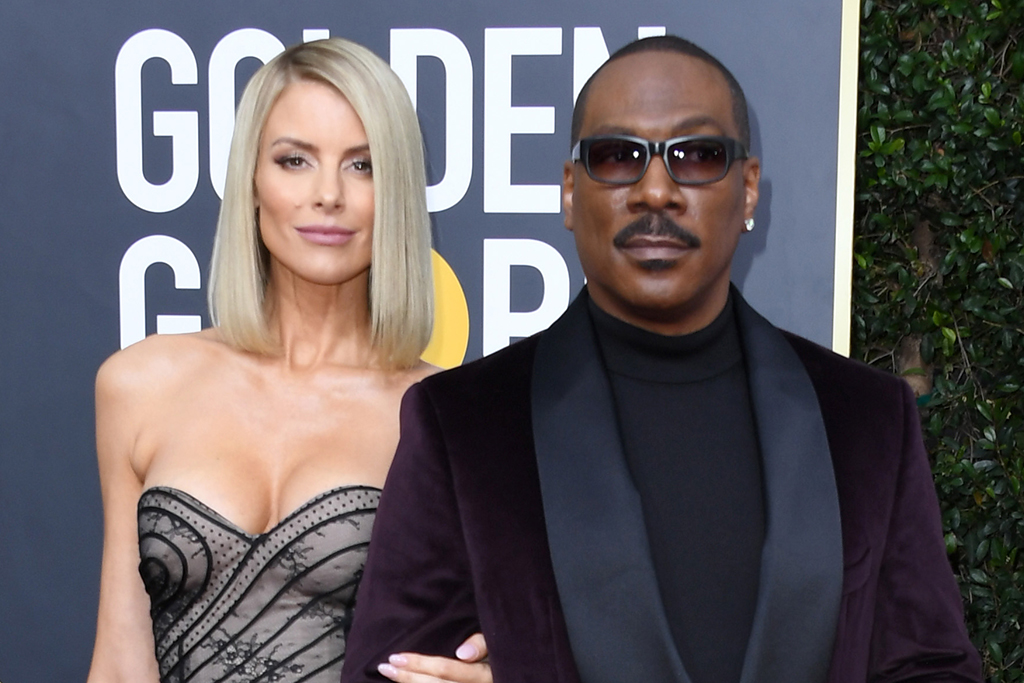 Eddie Murphy is a longtime attendee of the Golden Globe Awards and other red carpet events in Hollywood — as is his girlfriend, Australian actress and model Paige Butcher.

From the 1980s to today, Murphy has frequently appeared at awards — notably the Golden Globes, which honor the top performances in television and film throughout the last year (he’s even a six-time Globes winner himself, including for his roles in “Dreamgirls” and “Saturday Night Live”). A similarly frequent attendee alongside him has been his girlfriend Butcher, always elegantly dressed for the occasion — and her versatile style also extends to the street, seen during their numerous outings and trips together over the years.

Ahead of the 2023 Golden Globes on Tuesday night, where Murphy will receive the Cecil B. DeMille Award for his contributions to the entertainment industry over the decades, discover his and Butcher’s top appearances together below.

In Nov. 2012, Murphy attended the Los Angeles Lakers vs. Phoenix Suns NBA basketball game at Staples Center with Butcher. The duo arrived hand-in-hand in matching jet-black outfits: Murphy in a long-sleeved T-shirt, jeans and lace-up boots, and Butcher in a top, skinny jeans and knee-high boots with a biker jacket and studded satchel handbag.

In 2014, Murphy and Butcher strolled hand-in-hand in Los Angeles while on a coffee run at the Coffee Bean and Tea Leaf in Beverly Hills. Butcher wore a breezy white top, skinny blue jeans and gold thong sandals for the casual outing, while Murphy sleekly dressed in an all-black outfit featuring a matching T-shirt, pants and sneakers.

In 2015, Butcher popped in a coral bodycon dress and shimmering gold peep-toe platform pumps while on the red carpet with Murphy at the Mark Twain Prize for Humor awards in Washington, D.C., where he was honored. Murphy was also sharply outfitted for the Kennedy Center-set occasion, wearing a monochrome black suit, tie and loafers with a dark blue shirt.

In April 2016, Murphy and Butcher seemed to swap styles briefly while on a coffee run in Los Angeles. Murphy swapped his go-to all-black outfits for a monochrome off-shite hooded sleeveless sweatshirt, shorts and sneakers. Meanwhile, Butcher was dressed in sharp maternity style in a black tank top and leggings, paired with an olive green cotton vest and black thong sandals.

In 2020, Murphy and girlfriend Paige Butcher arrived on the red carpet in coordinating dark style. He wore a black tuxedo, collarless shirt and sunglasses with a smoky purple velvet evening jacket and black loafers. She matched his cool-toned palette in a strapless paneled black gown with a high-low train, paired with matching open-toed sandals.

PHOTOS: Discover red carpet arrivals at the 2021 Golden Globes over the years in the gallery.