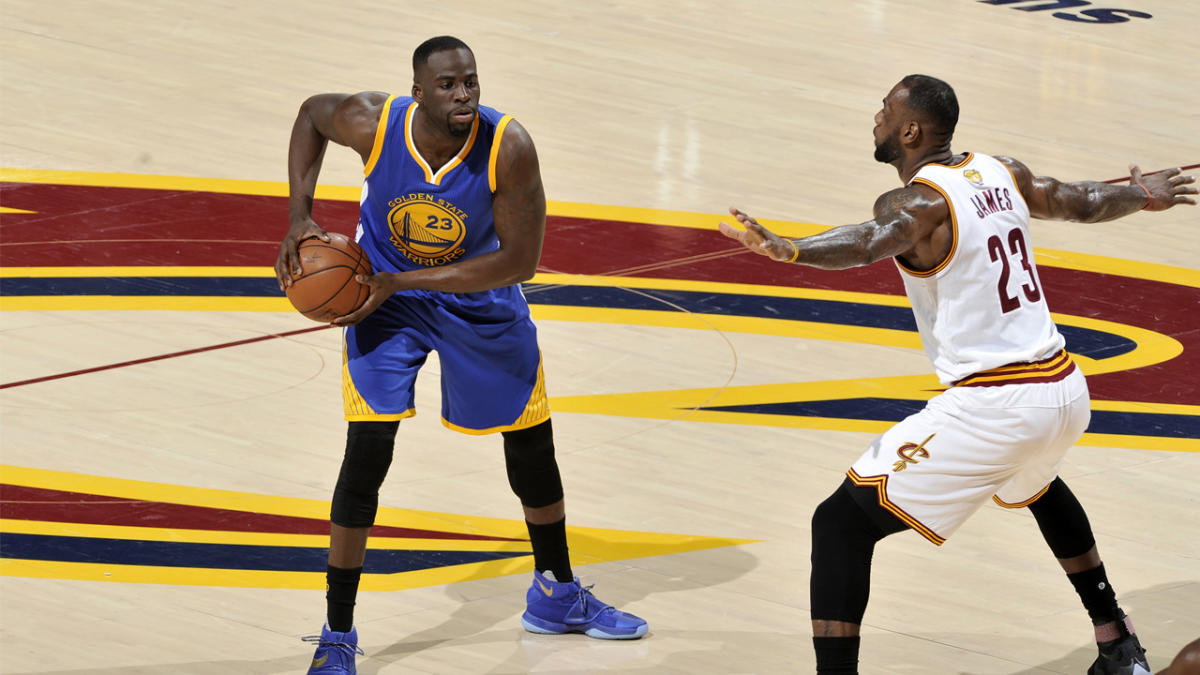 It’s a widely-accepted reality that Draymond Green’s controversial suspension for Game 5 of the 2016 NBA Finals did the Warriors no favors as they attempted to stave off the eventual-champion Cleveland Cavaliers.

It’s also something Green takes full responsibility for, as he recently detailed during an interview with the “Checc’n In” podcast.

“Would I do it again? One thousand percent.”

The Warriors had taken a 3-1 lead over the Cavaliers back in 2016 and were well on their way to winning back-to-back championships. But then Green was suspended for the pivotal Game 5 matchup after a flagrant foul the game prior, and Golden State struggled without its defensive leader.

Green was dealt a Flagrant 1 foul after a Game 4 altercation with LeBron James, which saw the two stars become entangled. James shook Green loose and sent him to the court floor, then tried stepping over the Golden State forward — leading to Green swinging his arm at James and striking him in the groin.

While the action alone wasn’t enough to warrant such punishment, Green was suspended for Game 5 automatically due to his accrual of flagrant points. The altercation with James resulted in his fourth flagrant foul point, and he also had five technicals throughout the playoffs up until then.

During the 2016 Western Conference Finals between the Warriors and Oklahoma City Thunder, Green was fined $25,000 for kicking Steven Adams in the groin. But since then, Green has noticed other NBA players don’t necessarily receive the same treatment from referees as he has over the years.

And even though Green might be held to a double standard, he explained why he would repeat his Game 4 actions if he had the chance despite the series’ eventual outcome — though there are some things he would do differently to avoid the Game 5 suspension.

“If somebody tries to step over me, I’m going to try to hit them,” Green said on “Checc’n In.” “What I wouldn’t do again is, I wouldn’t allow myself to be in a position to where someone can make that decision and cost me.

“And so guess what? If I get to that point again and you step over me, I’m going to try to hit you again. But I wouldn’t be in the same position with flagrant amount of points, with the amount of techs to where I leave that decision in someone else’s hands.”

RELATED: Draymond thought Kerr was ‘out of his mind’ with 2014 offense

As history shows, the Warriors would go on to infamously blow their 3-1 lead over the Cavaliers. After producing one of the best seasons in NBA history with 73 wins and surmounting an epic conference finals comeback against the Thunder, their collapse against Cleveland was all the more painful.

And while Dub Nation will never know how the series would have turned out if Green were on the court for Game 5, it’s clear the four-time NBA champ recognizes his presence was missed.