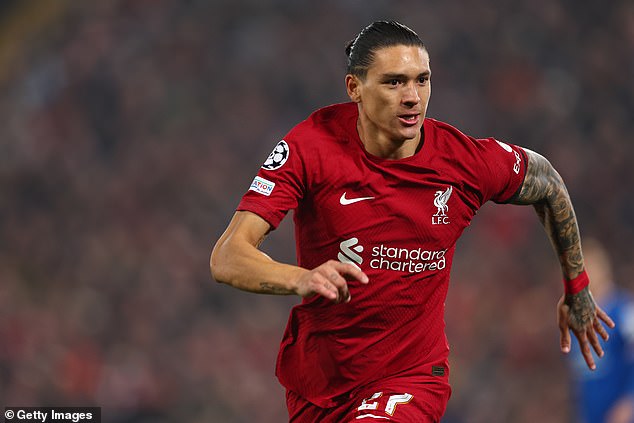 DOMINIC KING: Darwin Nunez was keen to make a point against Rangers after his slow start… the £85m striker thrived as the focal point of the attack in a new formation and was only denied a goal by the heroics of Allan McGregor

By Dominic King for the Daily Mail

Not the start to the season that anyone at Anfield envisaged but, on this of all dates, there is an opportunity to apply perspective.

October 4, 2015 was the day Liverpool sacked Brendan Rodgers. They sat 10th in the Premier League when that decision was made, following a 1-1 draw with Everton, and were labouring in the Europa League, having drawn two games with FC Sion and Bordeaux.

Nobody would have taken you seriously had you said back then that, by October 4, 2022, Liverpool would have won seven trophies, contested nine finals (including three editions of the Champions League) and assembled one of the finest squads in Europe, so far were they off the pace.

Jurgen Klopp, of course, was the man brought in to correct the situation, so it is worth bearing all that in mind as he goes into another autumn at Anfield working out how to find a remedy for the current predicament. This is not, by any means, a root-and-branch overhaul.

No, the task confronting Klopp is getting players back into form and making sure the system that has been so good for Liverpool starts working like clockwork once more. Put it another way: when high on the “to do” list is getting the best from an £85million signing, the landscape isn’t so bleak.

Darwin Nunez, the headline addition of Liverpool’s summer transfer business, has not had the kind of impact many anticipated but the visit of Glasgow Rangers was the perfect opportunity for him to get some minutes and build up confidence that has been battered. 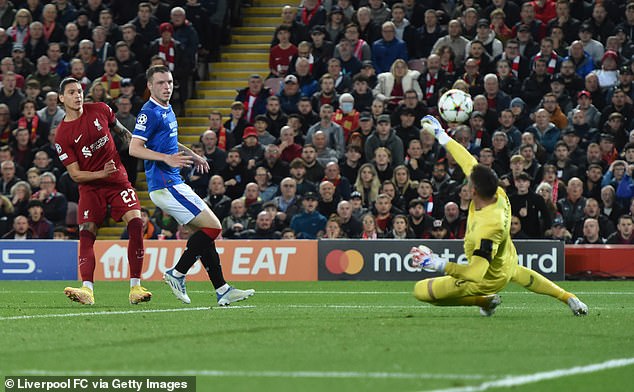 With Klopp switching from 4-3-3 to 4-2-3-1 to make the Uruguayan the focal point of his attack, it was a show of encouragement and a message to the 22-year-old that that everyone at Anfield is committed to make this move work.

Klopp, understandably, has been aware of Nunez’s impatience to get properly up and running following that early red card against Crystal Palace, so much so that he and his assistant Pep Lijnders took him aside on Sunday after training in Kirkby to discuss the situation.

The message was clear: stay calm. Nunez, it is easy to see, has a fire inside that makes him a completely different character to any of Liverpool’s other forwards, the potential to do something impetuous is clearly never far away.

You got that sense within five minutes here, when French referee Clement Turpin summoned him over and reminded him that it would be a good idea to keep a lid on things following one full-blooded scrap with Rangers’ defence. 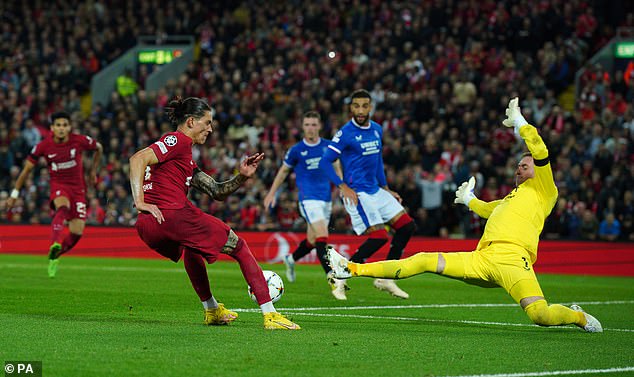 Nunez was eager to get on with things from word go and how he must have wished a chance came his way like the one that presented itself to Oakley Cannonier, a young striker making strides in Liverpool’s Academy, who scored a diving header from two yards out against Rangers’s youth team earlier that afternoon.

Liverpool were a cut above in that fixture, winning 4-1, and the first team really should have inflicted a similar drubbing to Gio van Bronckhorst’s team, such was the dominance and possession they enjoyed. Had it not been for Allan McGregor, the margin at the end would have been huge.

Much to Nunez’s frustration, McGregor kept getting in his way, making a number of saves during the first half that left Liverpool’s number 27 clasping his head in exasperation, unable to believe his bad luck. One stop, following a super pass from Jordan Henderson, was terrific.

Nunez left the field in the 80th minute without a goal but he did, at least, leave with the crowd chanting his name and he was engulfed by a Klopp bear hug in recognition of his efforts. There will be better days for him. The same can be said about his team. 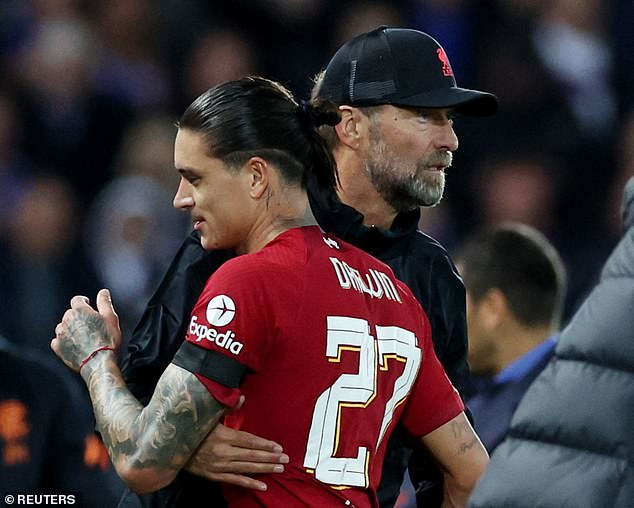