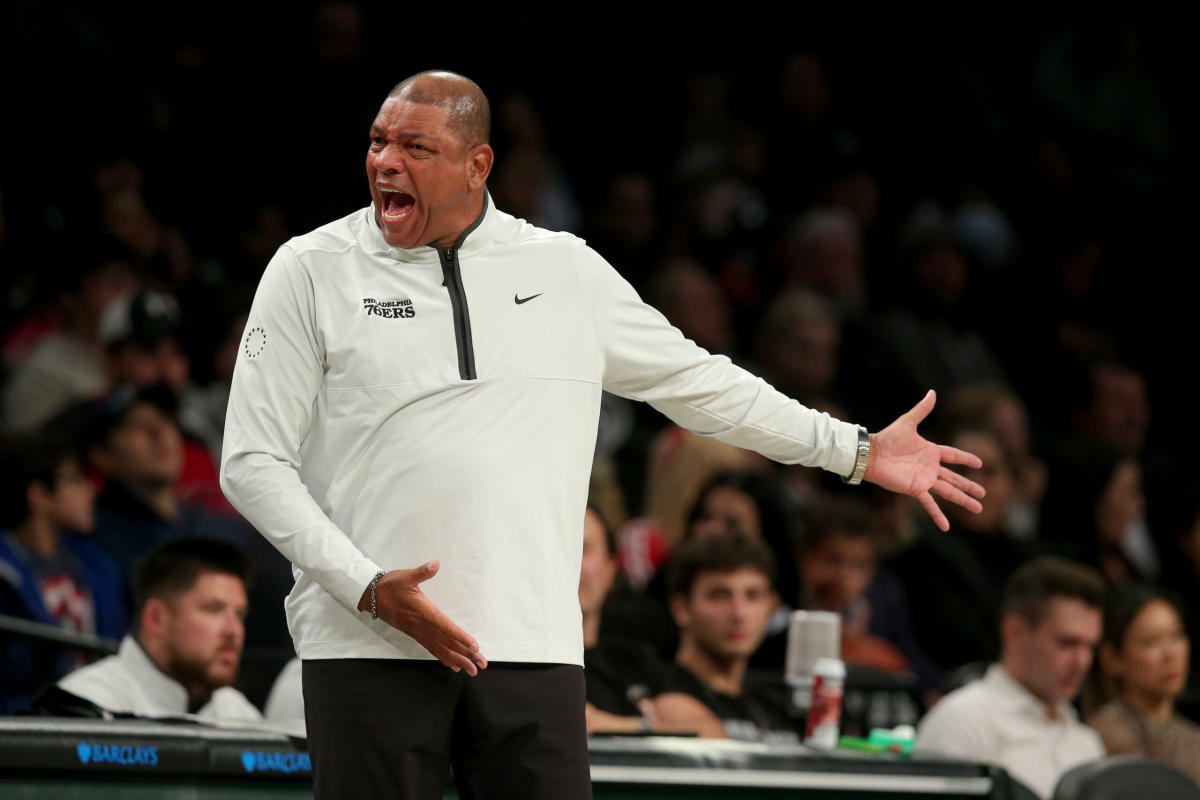 The Brooklyn Nets suffered a loss against the Philadelphia 76ers in their preseason opener, but 76ers head coach Doc Rivers talked about how Brooklyn can handle their ‘Big 3’.

After a long offseason with quite a lot of stresses around the roster, it’s safe to say that the league is uncertain about the Nets maintaining their Big 3 but Rivers had some advice for the franchise.

“It’s just roles. It really is and as easy as it sounds, it’s extremely hard to do. It really is. I would say with Ben it may be easier because you know what he wants to do as far as more of a passer, defender, rebounder, run the floor, when you have three guys that wanna score the ball and need the ball, that’s when it becomes way more difficult. Listen, it’s what we talked about, you gotta have the right guys. The guys that wanna sacrifice. If everybody still wants their amount of shots they’ve had wherever they’ve been, then you bring them all together.”

If Kevin, Ray, Paul wanted that, there’s just no way you’re gonna win. You hope to get them at the right time and you get them to see the value of sacrifice because it usually equates to winning. I use Steph as a role model. I think he gave up 47% of his time with the ball in the year before when he won MVP and a championship, it’s a pretty good model to use. Now, very few people are running around like him, but you still use it.”