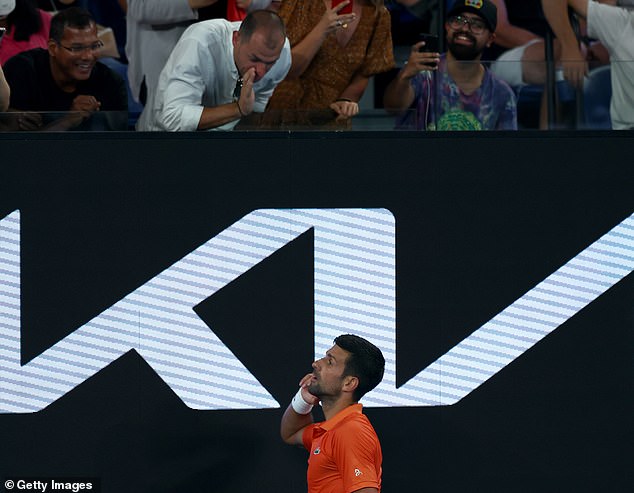 Novak Djokovic’s coach Goran Ivanisevic joked that he was sacked by the Serb during his charity match with Nick Kyrgios on Friday.

The exhibition clash between Djokovic and Kyrgios, who faced each other in last year’s Wimbledon final, sold out in 58 minutes, and was played in good spirits in front of 15,000 spectators.

One particularly light-hearted moment arrived midway through the match when Djokovic was looking for advice, and decided to ask a fan for their thoughts rather than turning to Ivanisevic. 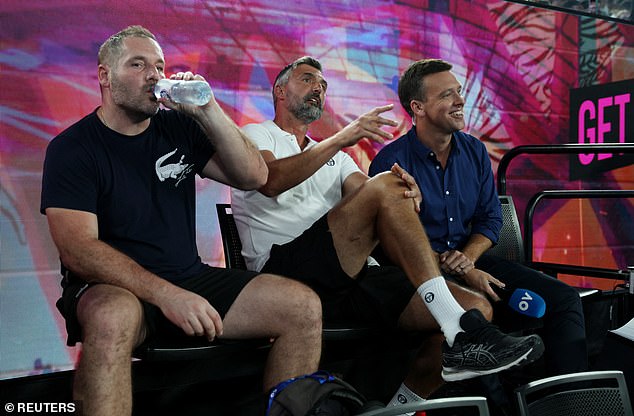 After a brief discussion, Djokovic went on to win the next rally, and seemed impressed by the tips he’d been given.

Ivanisevic was asked for his thoughts on the incident shortly after, and joked that he was no longer needed as he said: ‘Yeah, I lost my job in front of 15,000 people!’

The 2001 Wimbledon champion then went a step further, as he quipped that he was ready to leave the country after being snubbed by Djokovic.

Djokovic and Kyrgios went on to share the first two sets, before they were joined by multiple stars, including wheelchair players David Wagner and Heath Davidson, for the deciding tie-break. 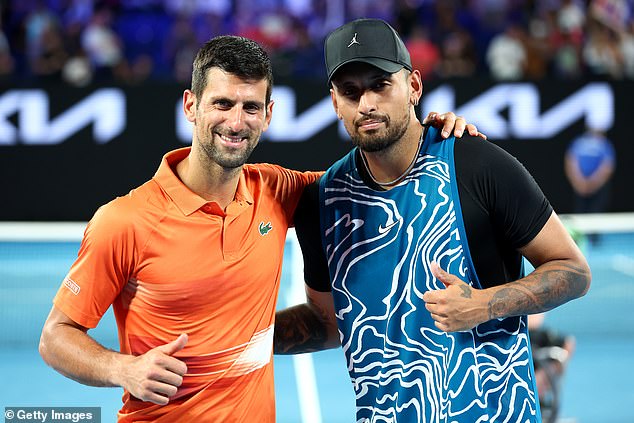 Djokovic and Nick Kyrgios were all smiles after their exhibition clash in front of 15,000 fans

It was Kyrgios who emerged victorious, and he shared a warm embrace with Djokovic at the net afterwards, with the pair’s friendship still going strong after previously clashing over one another’s views on Covid-19.

Djokovic is back in Australia for the first time since he was deported from the country 12 months ago due to his vaccination status on the eve of the first grand slam of the year.

The 35-year-old has enjoyed huge success at Melbourne Park, winning nine of his 21 majors at the venue, and he thanked fans for the warm welcome he’d received upon his return. 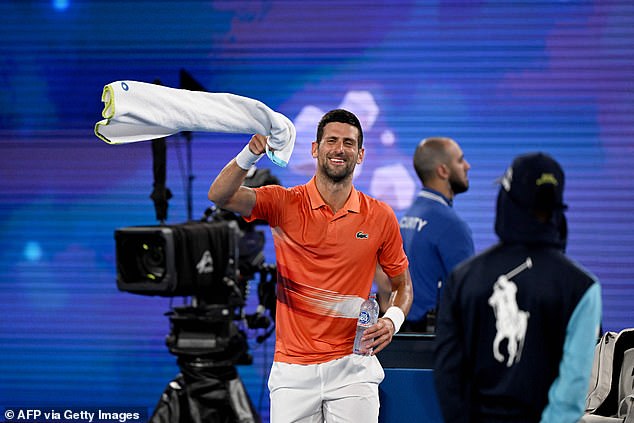 ‘It just feels great to be back in Australia, back in Melbourne. This is the court and the stadium where I created the best memories of my professional tennis career,’ Djokovic said following his match with Kyrgios.

‘Back in 2008 the first time I won a Grand Slam was here, 15 years later I’m here again and competing at a high level so I must be very grateful for this opportunity to be here so thank you guys for welcoming me, I appreciate it.’

Djokovic will begin his quest for a tenth title when he faces Roberto Carballes Baena in the first round of the Australian Open on Tuesday.