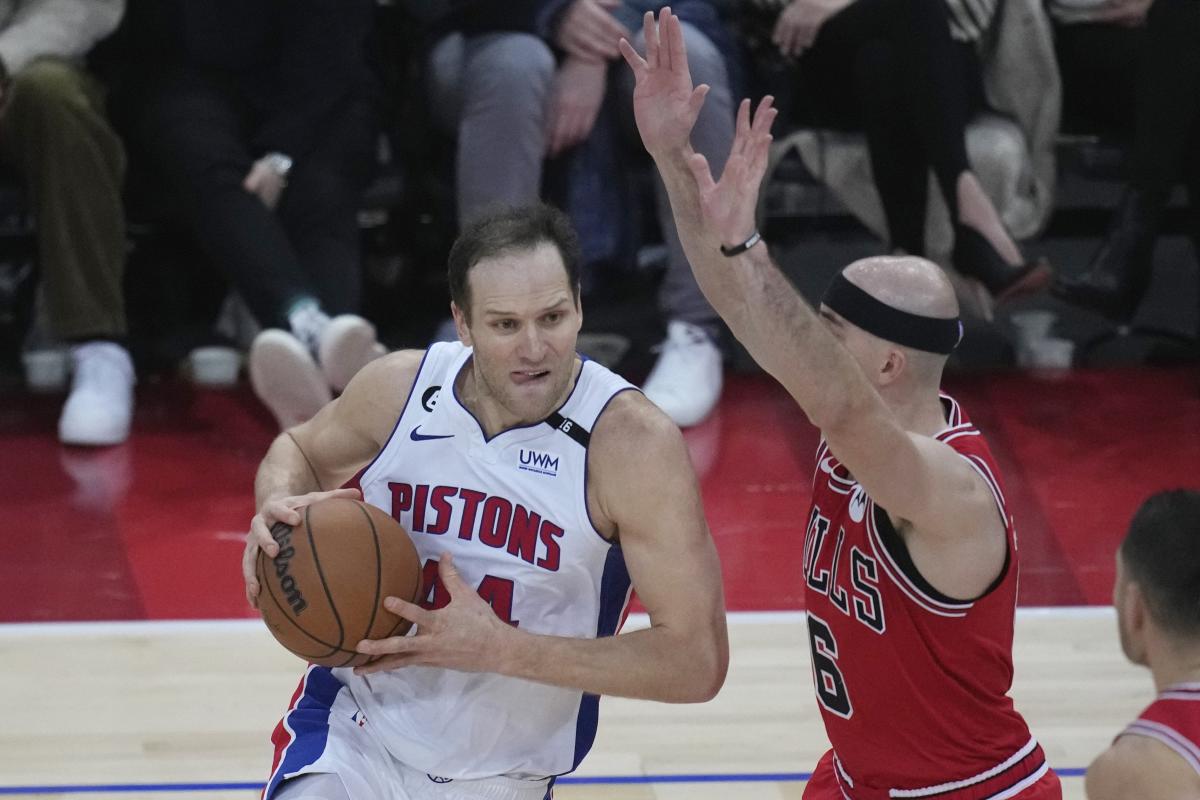 Where: Little Caesars Arena in Detroit.

Game notes: The Pistons are back in the States after losing their 13th straight game against the Chicago Bulls. Their recent record against the Bucks is nearly as woeful: A win in Milwaukee on Jan. 3, 2022, is the Pistons’ lone victory against the franchise in their past 20 meetings (including a four-game playoff sweep in 2019). The Pistons haven’t beaten the Bucks in Detroit since Feb. 28, 2018. How long ago was that? That game featured 15 points and 16 points from Andre Drummond, 25 minutes from Blake Griffin and appearances off the bench from Stanley Johnson, Luke Kennard, Langston Galloway and even Henry Ellenson.

On the Bucks’ side, Giannis Antetokounmpo had 11 points in 29:57 that night in Detroit. The two-time MVP might not be available for the Bucks tonight, however; he has missed five straight with a sore left knee. Before Antetokounmpo was injured, he was averaging 31 points, 11.9 rebounds and 5.3 assists a game. Still, the Bucks have gone 2-3 without him, though they went down against the Cavaliers on Saturday night. Drue Holiday had 28 points in that game, and Bobby Portis had 23. The Bucks were also without former Pistons draft pick Khris Middleton, who hasn’t played since Dec. 15 because of a sore right knee; he has only played in seven games this season.

The Pistons, of course, have dealt with injuries all season, with Cade Cunningham out for the year and Marvin Bagley III and Nerlens Noel still ailing. Bojan Bogdanovic is healthy, however; he’s riding a nine-game streak of games with at least 20 points, averaging 23.7 points, 3.9 rebounds and four assists during the run.

Follow game updates below, and check out the latest episode of the Free Press’ podcast “The Pistons Pulse.” Listen on Apple, Spotify or wherever you load up podcasts.

Don’t see the updates? Refresh the page or check it out on Twitter.