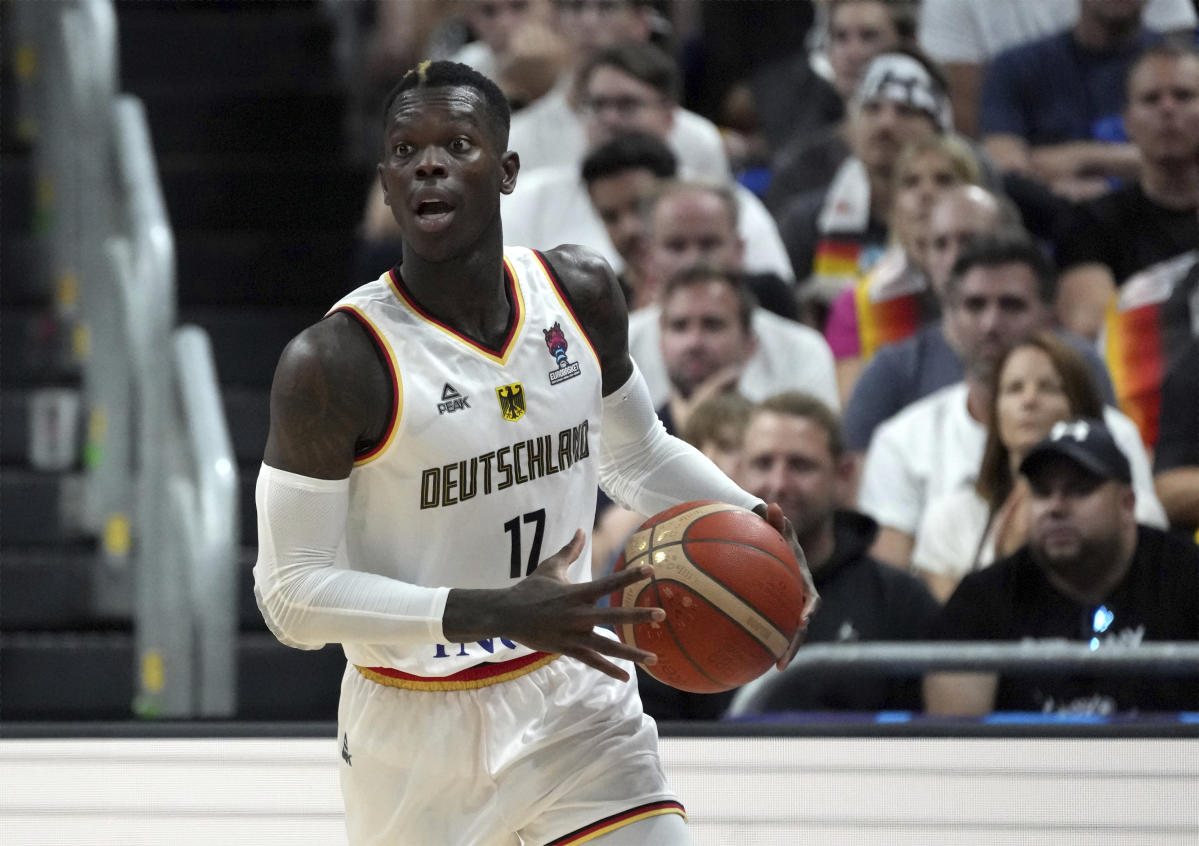 The German guard spent the 2020-21 season with LeBron James and the Lakers, averaging 15.4 points and 5.8 assists per game. Los Angeles offered him a four-year contract extension worth more than $80 million during the season, but he apparently turned it down to seek more money in free agency.

But Schroder struck out in the market and signed a $5.9 million deal with the Boston Celtics, who then traded him to Houston late last season in a deal for Daniel Theis.

”This past year didn’t feel right . I felt misunderstood & nobody really knew the story!” Schroder wrote Friday. ”I’m coming back to the biggest organization to make (things) right! I hope LakerNation going to support me every single day! I will give everything I have every single day!”

Schroder is averaging 14.2 points and 4.7 assists per game over nine NBA seasons with five teams, excelling as a sparkplug guard who can score or create.

His agency announced the deal shortly after Schroder’s German national team lost to Spain in the EuroBasket semifinals. Schroder had 30 points on 11-of-17 shooting and eight assists in the defeat.

See also  Will Brad Stevens make an early-season trade for the Boston Celtics?

Schroder’s return leaves the Lakers with a crowded backcourt behind Russell Westbrook, who has survived nearly a full offseason of trade speculation and is due to make $47 million this year after a disappointing first year with his hometown team.

Newcomers Patrick Beverley and Lonnie Walker IV and holdovers Kendrick Nunn and Austin Reaves are also on the roster. Schroder, Beverley, Nunn and Westbrook can all play point guard.